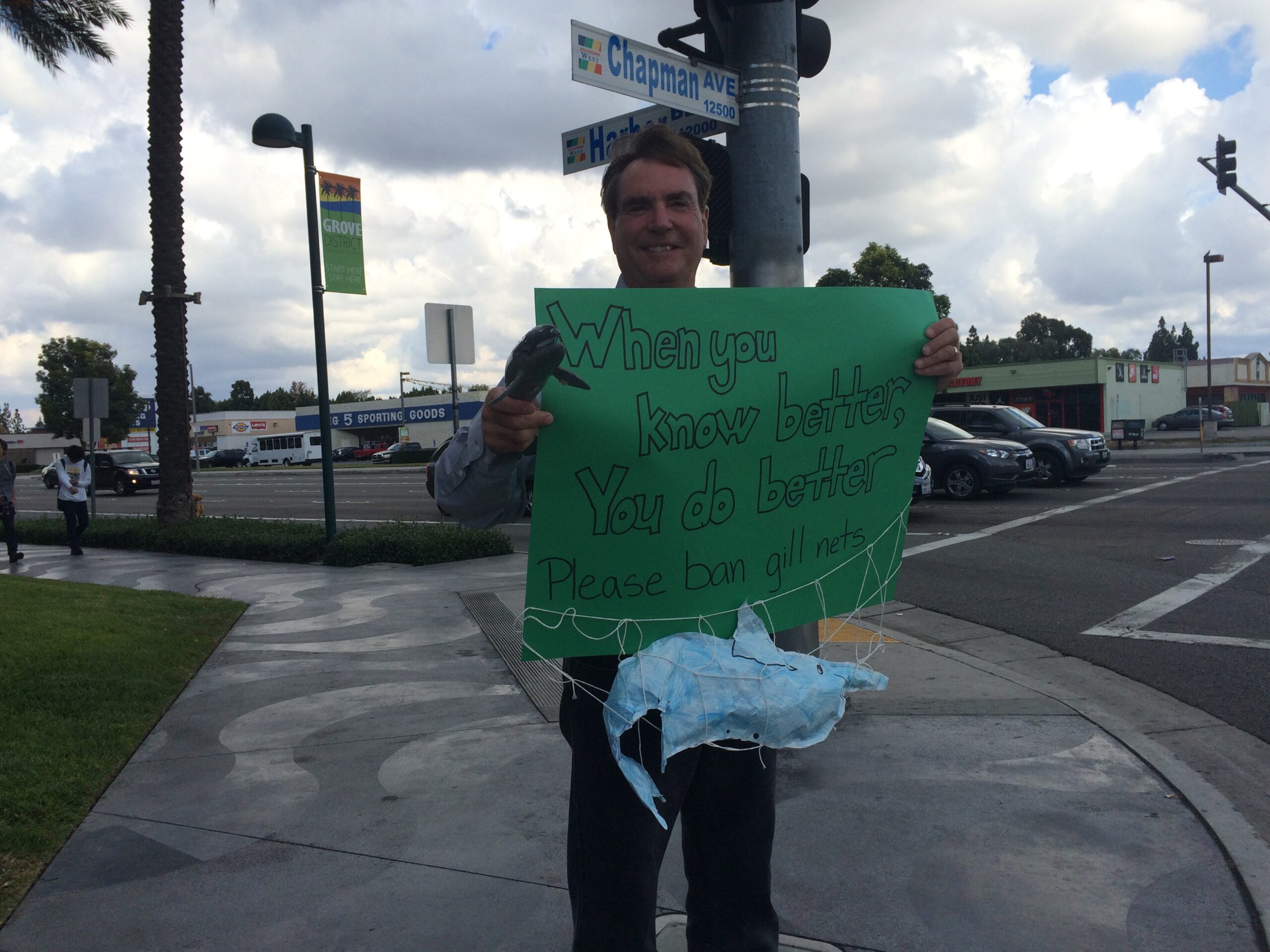 Garden Grove, Calif. (Nov. 15, 2015) – Protesters took to the streets this afternoon during the on going Pacific Fisheries Management Council (PMFC) meeting in which swordfish management policies are under consideration. Turtle Island Restoration Network (SeaTurtles.Org), a leading ocean and marine wildlife conservation non-profit, and Kurmalliance, a non-profit focused on improving marine ecosystems for sea turtles, and all their cohabitant, and activists began to protest at 11:30 am in front of the Council meeting site at the Hyatt Regency in Garden Grove, Calif. Protesters dressed as sea turtles, sharks, whales and dolphins marched in front of the Hyatt chanting ‘hey, ho driftnets have got to go,’ and called on the Council to end the use of mile-long nets that entangle, harm and kill marine wildlife.

“California driftnets are a cruel, archaic, industrial fishing method that massacres more whales and dolphins than all other U.S. West Coast fisheries combined, and we are here today to say ‘Shut it Down,'” said Todd Steiner, Executive Direct of Turtle Island Restoration Network.

Over 40 protesters showed up to from all over California to show their support for the closure of the driftnet fishery. Protesters carried handmade signs that read: ‘When you know better, you do better. Please ban drift gillnets’ and ‘End Driftnets’ etc.

Driftnet fishing is banned on the high seas, in Washington, Oregon, Florida and even Russia. The California drift gillnet fishery consists of just 20 boats, and is among the worst 20 percent of all fisheries globally. The fishery kills more whales and dolphins than all other fisheries on the West Coast or Alaska combined. Only one in six animals caught by the fishery are swordfish. Additionally, it costs more to operate than the value of target species of fish caught.

“Driftnet fishing is a Neanderthal practice. These nets are curtains of death. They indiscriminately catch, harm and kill all creatures in their wake,” said Brock Cahill of Kurmalliance. “We must evolve immediately to stop this deadly practice.”

Images and video available for media use here: https://www.dropbox.com/sh/shk0q4p2jfq1gwj/AAAekDRRGYj91kEB4sEiAAg1a?dl=0