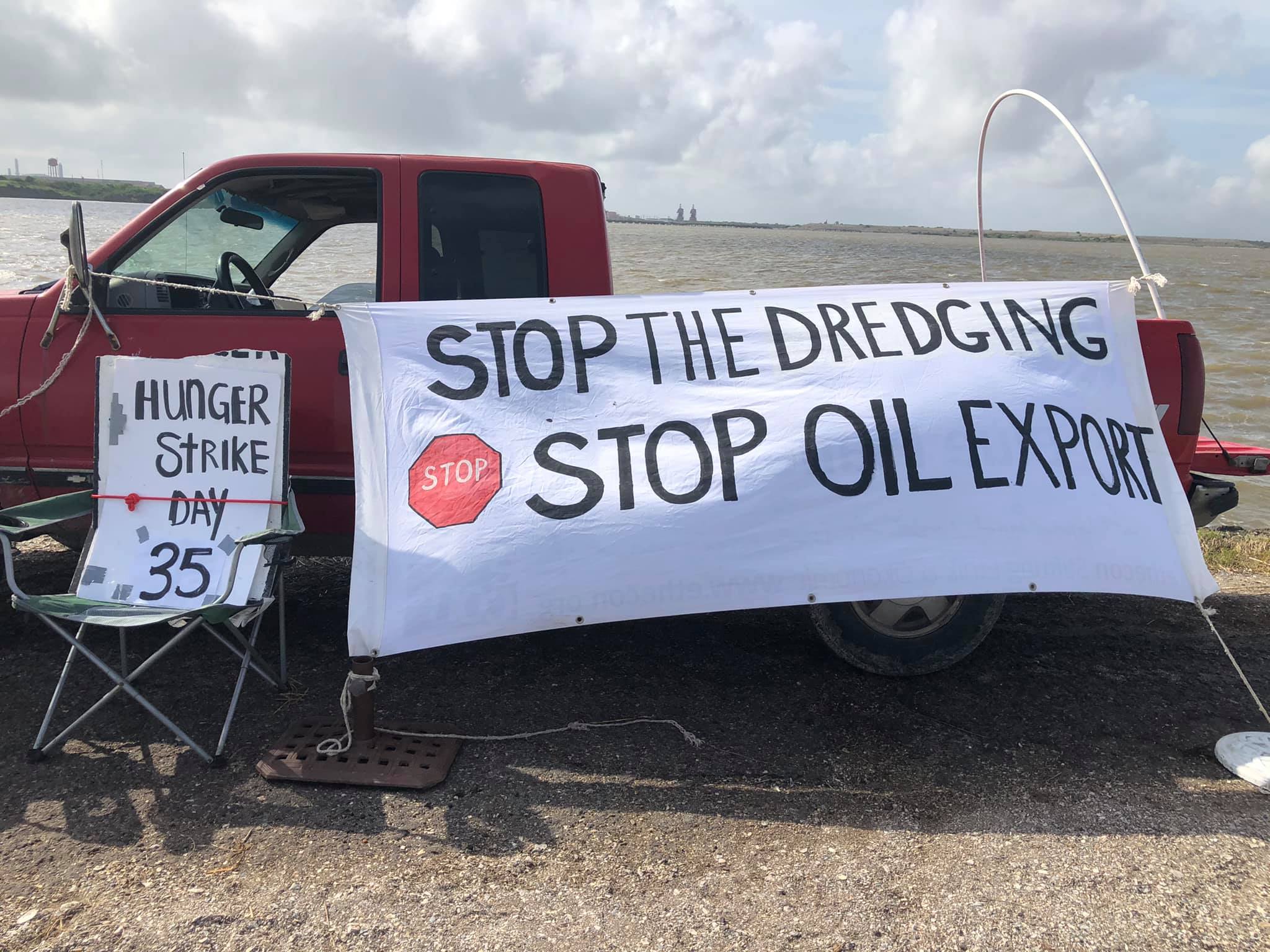 GALVESTON SEAWALL, Texas—At noon on Wednesday fourth-generation shrimper, author, and activist Diane Wilson will lead a demonstration to apply pressure on the U.S. Army Corps of Engineers (USACE) to repeal their permit to dredge Matagorda Bay.

Wilson will be on Day 36 of a hunger strike to urge the USACE to rescinds its permit for Max Midstream, a new oil company, to dredge a channel in Matagorda and Lavaca Bays, Texas, both which are mercury laden. The permit is for big oil to dredge the channel to allow massive oil tankers into the bay to take on crude oil that will be exported from the U.S.

Matagorda Bay provides vital habitat for endangered sea turtles, as well as other birds and wildlife. Dredging of the Matagorda Ship Channel for the sole purpose of exporting oil would unearth mercury from Alcoa Superfund site and threaten the climate and local communities and fisheries.

What: Protest to Stop the Dredging and Stop Oil Exports

Since Congress lifted a crude export ban in 2015, exports of crude oil have skyrocketed, facilitating the fracking boom in the Permian Basin. Port of Corpus Christi has been a leading exporter. Other ports, including Port of Calhoun, are now competing to build and expand massive export infrastructure. This involves massive amounts of dredging. Diane’s hunger strike is about protecting the bay but is connecting the broader movement to stop the expansion of the oil and gas industry on the Gulf Coast.