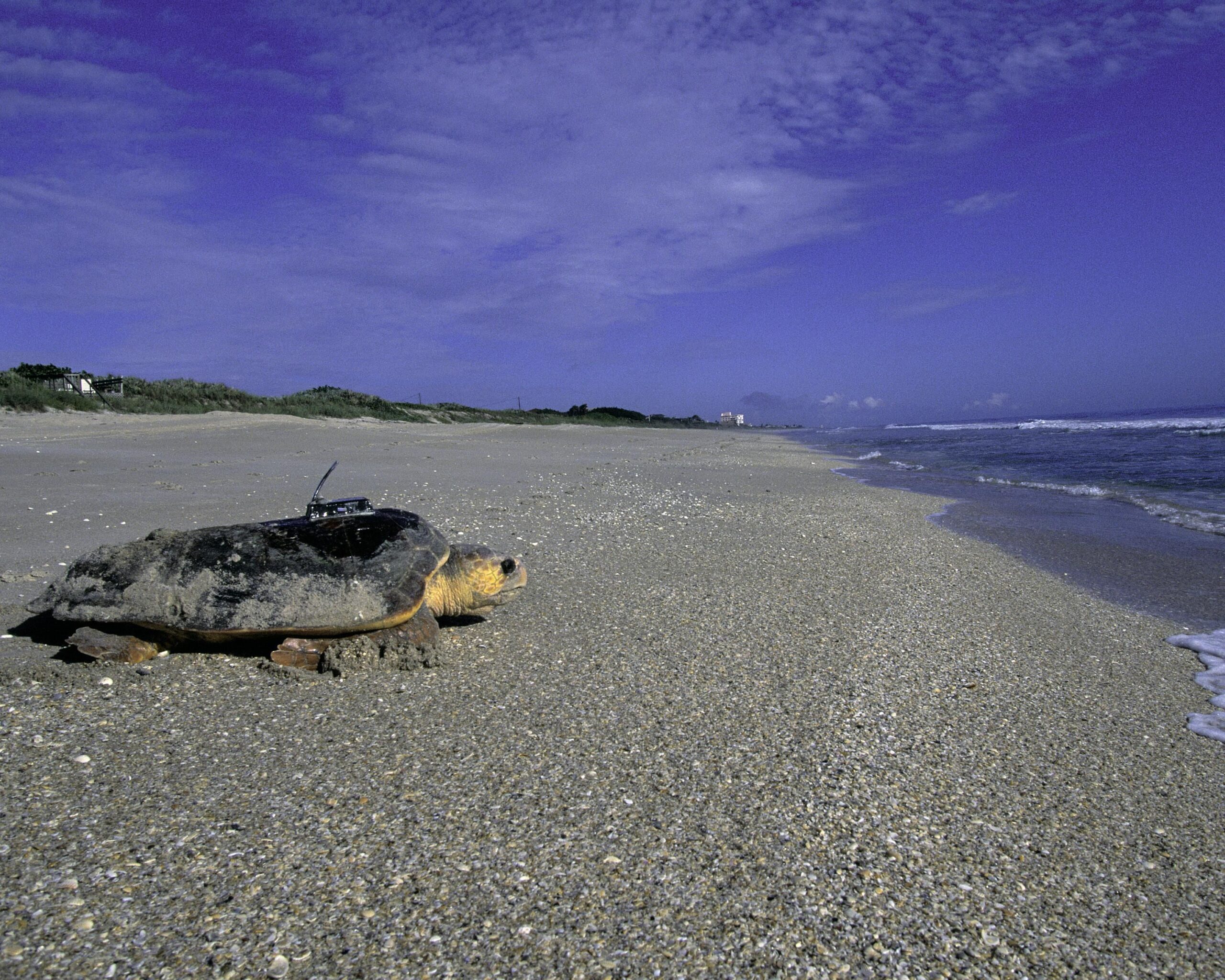 WHAT: Pacific leatherbacks are gathering off the coast to feed on California’s super abundance of jellyfish. Leatherbacks have been sighted swimming in the shipping lanes of San Francisco Bay, off the San Mateo coast, and near Monterey Bay. Government scientists at sea for a month aboard research vessel David Starr Jordan are trying to unlock the secrets of these mysterious animals.

Giant leatherbacks swimming off the California Coast, being satellite tagged by NOAA researchers

Leatherbacks are one of the world’s largest reptiles, weighing up to 2,000 lbs, but are essentially “gelatinavores,” who eat jellyfish and other gelatinous organisms that drift in the ocean. The leatherbacks currently feeding off the California coast have migrated 7,000+ miles across the Pacific Ocean from nesting beaches in Indonesia. Scientists have determined that the central California coast contains “some of the most important foraging habitat in the entire world for the leatherback turtle.”

National Oceanic and Atmospheric Administration scientists are tagging leatherbacks and gathering data on the oceanographic conditions that make the central California coastline a hotspot for these Mini Cooper-sized sea turtles. The researchers have been at sea since August 24th and will conclude their trip on September 22nd.

The Pacific leatherback is a 100-million year old species whose populations have plummeted by ~ 90% in the last 20-25 years and is now endangered due to the effects of industrial fishing, coastal development of nesting beaches, egg poaching, marine pollution, and global warming.