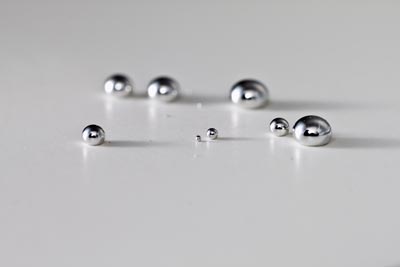 How to Reduce Your Mercury Exposure from Seafood

By Turtle Island Restoration NetworkAugust 21, 2014Got Mercury?
No Comments

This Resources Page Will Help You Make Safer Choices

Will eating grilled swordfish or tuna sushi expose you to too much mercury? Find out by using the Got Mercury? calculator, provided by Turtle Island Restoration Network. Just enter your body weight, along with the type and amount of fish or shellfish you’re considering eating for the week, and you’ll see how much you will be over or under the maximum acceptable dietary limit for mercury set by the Environmental Protection Agency.

What you find out may surprise you. Just one 6-ounce serving of swordfish would expose a 195-pound adult to more than two and a half times the safety limit for mercury. A 150-pound adult would get about three and half times the limit.

Read our special report on seafood and mercury. And check out “Sick From Sushi,” which details how one fish lover felt the effects of mercury.

The FDA’s “avoid” list  for the most vulnerable groups such as young children currently includes swordfish, shark, King mackerel and Gulf tilefish,  but some fish that aren’t even on that list can pose significant overexposure risks. For instance, a child weighing 46 pounds (about the average weight for 5-year-olds in the U.S.) would get double the EPA limit for mercury in a 3-ounce serving of Chilean sea bass and more than triple that limit for a 5-ounce serving, both of which are within the weekly fish consumption amounts the FDA suggests for children under age 6.

To see how much mercury exposure you’d get from eating a mix of different types of seafood during the week, select the advanced mode option on the calculator. For example, a 150-pound woman who eats 4 ounces of bigeye tuna (also known as ahi, it’s often used in tuna sushi), 4 ounces of Chilean sea bass, and 4 ounces of halibut during the week would get a dose of mercury that is nearly triple the EPA limit. Simply by switching to sushi made with 4 ounces of salmon rather than tuna, and opting for 4-ounce servings of haddock and flounder instead of the sea bass and halibut, she would be at 29 percent of the maximum acceptable intake for mercury.

Consumer Reports has prepared a list of 20 low-mercury fish that consumers can eat frequently and still remain with safe mercury levels. You’ll find safer seafood choices in our special report “Can Eating the Wrong Fish Put You at Higher Risk for Mercury Exposure?”

How much mercury is in your favorite seafood?

Check out the databases listed here for more detailed information on the amounts of mercury found in various types of fish and shellfish sold at fish markets, grocery stores, and other commercial locations. Tables display the average (mean) as well as minimum and maximum mercury levels detected for each type of fish:

FDA data on mercury levels in commercial fish and shellfish

Shows results of the agency’s tests for mercury in fish from 1990 through 2010, which our food safety experts analyzed as the basis for making our recommendations. FDA data is commonly used as a basis for mercury risk assessment and exposure estimates by scientific researchers and some state government officials.

This resource combines the FDA’s results with data from other federal and state reports, along with mercury test results from studies published in scientific journals. The average (mean), minimum and maximum mercury levels displayed for each type of fish are based on aggregated test results from approximately 300 different sources, and the table includes some species of fish not found in the FDA’s data.

Learn more about the health effects of mercury in fish

The EPA provides helpful details on the sources of mercury exposure and an explanation of the EPA “reference dose” for methylmercury, which is the maximum acceptable daily exposure that the agency estimates is unlikely to cause harmful effects over a lifetime:

Get information about the health effects that could be caused by eating too much high-mercury seafood.