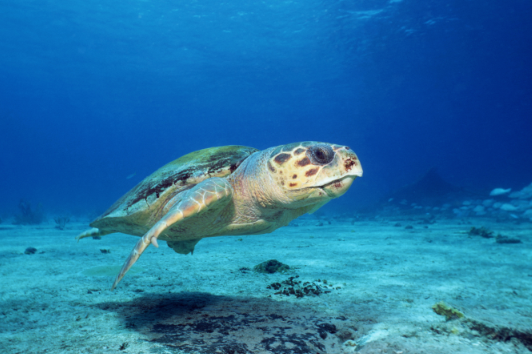 Forest Knolls, Calif. (August 20, 2007) – Today, a new report was released highlighting the impacts that climate change will have on endangered sea turtles. The report, entitled Boiling Point: The Impact of Climate Change on Sea Turtles and the Urgent Need to Take Action, compiles emerging research on the impacts of temperature change and sea level rises and their impacts on sea turtles. Sea turtles are particularly vulnerable to climate change because they nest on beaches likely to be flooded by rising sea levels, and the gender of a turtle is dependant on temperature. Boiling Point argues that the increased threat from climate change further emphasizes the need to more rapidly reduce the mortality of sea turtles from other human activities, especially longline, gillnet and shrimp fishing.

“Many populations of sea turtles, such as the Pacific leatherback, are already on the brink of extinction,” said Peter Fugazzotto, author and Campaign Director with the Sea Turtle Restoration Project. “Climate change will accelerate this trajectory. In addition to directly reducing climate change emissions, we need to create a buffer for sea turtle populations by immediately taking action to prevent their continued mortality from other human activities, such as capture in longline and gillnet fisheries and tourist development on their last remaining nesting beaches.”

Key highlights of the report include:

A full copy of the report can be found here.