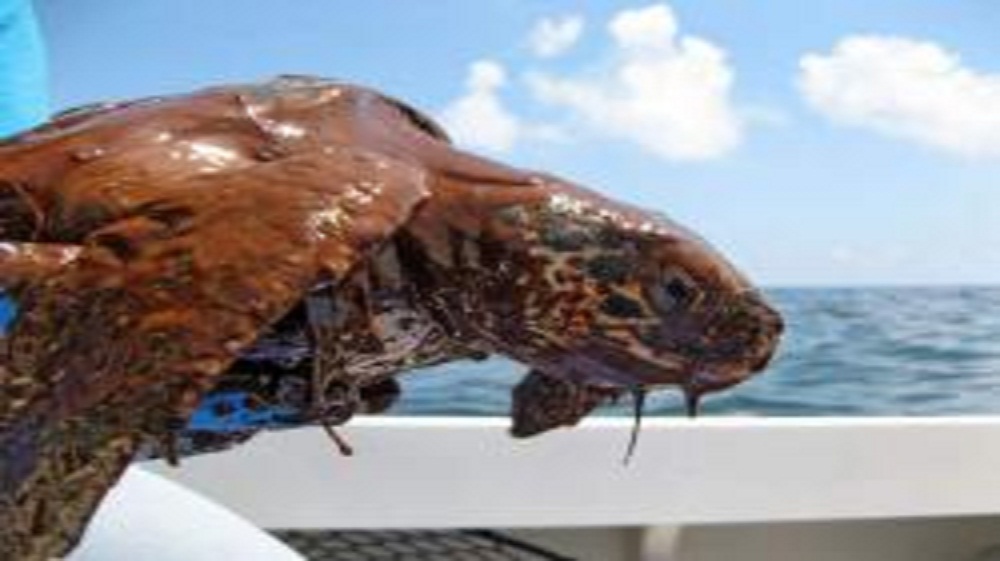 San Francisco, CA – A new report recommends the Gulf Coast Ecosystem Recovery Task Force implement changes in Gulf of Mexico fisheries as a necessary measure for recovery of endangered sea turtles harmed in the BP oil spill. Scientists have determined many of the sea turtles found dead during the BP oil spill perished in shrimp trawl nets not using Turtle Excluder Devices (TEDs), which are required by federal law but largely ignored in Louisiana. Sea turtle recovery, the report argues, will depend on more rigorous enforcement of TED laws throughout the Gulf and to extend TED requirements to smaller trawls now exempt from federal law.

Click here to download the report, Leading the Fight to Save Sea Turtles from the BP Oil Spill.

The nonprofit Sea Turtle Restoration Project released the report. The organization has campaigned to save sea turtles from extinction for over 20 years. Their Gulf of Mexico office manages education projects, sea turtle patrols, and sponsors a toll-free sea turtle hotline.

“The BP oil spill is a tragic wake-up call for all wildlife of the Gulf of Mexico and especially sea turtles,” said Carole Allen, the Gulf Director.  “Hundreds of them died because of oil ingestion, burning of oil blocks and lack of use of Turtle Excluder Devices during the crisis. We all must do better to protect them.”

In addition to fisheries reform, the report calls for independent scientists to estimate the total number of sea turtles harmed or killed, research the effects of dispersed oil on sea turtles and their prey, and for holding BP fully accountable for every sea turtle estimated to be harmed by their oil spill and the commercial fisheries that modified their management due to oil encroachment. Protected areas free from fishing and offshore oil drilling are called for to protect the most endangered sea turtle in the world, the Kemp’s ridley.

“Sea turtles need protected areas to recover from the BP oil spill,” says Dr. Chris Pincetich, a marine biologist who co-authored the report. “Rushing to re-open much of the Gulf to commercial fishing, which is the leading killer of sea turtles, is unwise and bad policy.”

The Sea Turtle Restoration Project petitioned the National Marine Fisheries Service (NMFS) in July to revisit management of the Gulf shrimp fishery due to an overwhelming increase in dead sea turtles discovered this summer, a process currently underway. The latest tally shows 463 Kemp’s ridleys have died in the Gulf since the BP incident response records began. The authors’ recommendations were compiled from consultations with leading sea turtle biologists and conservation experts.

“The voices of many concerned scientists have been muted due to their involvement with BP and criminal investigations. We will continue to advocate sound science, transparency, and more protections for sea turtles threatened with extinction,” said Dr. Pincetich.

During the BP incident response, the Sea Turtle Restoration Project halted BP burning sea turtles in their controlled burns, worked to achieve expanded sea turtle rescue efforts, advocated for the halt of endangered sea turtle hatchling release from Texas beaches in June and July, and called for all BP operations to consider their impacts to sea turtles protected under the federal Endangered Species Act. The report issued today summarized this work and reveals their efforts to provide direct funding and resources to assist in sea turtle rescue were obstructed by BP.

The Gulf Coast Ecosystem Recovery Task Force was established by an executive order signed by President Obama on October 5, 2010. Lisa Jackson, Administrator of the Environmental Protection Agency and a New Orleans native, is leading the task force and has called for concerned stakeholders to provide guidance to this new team.