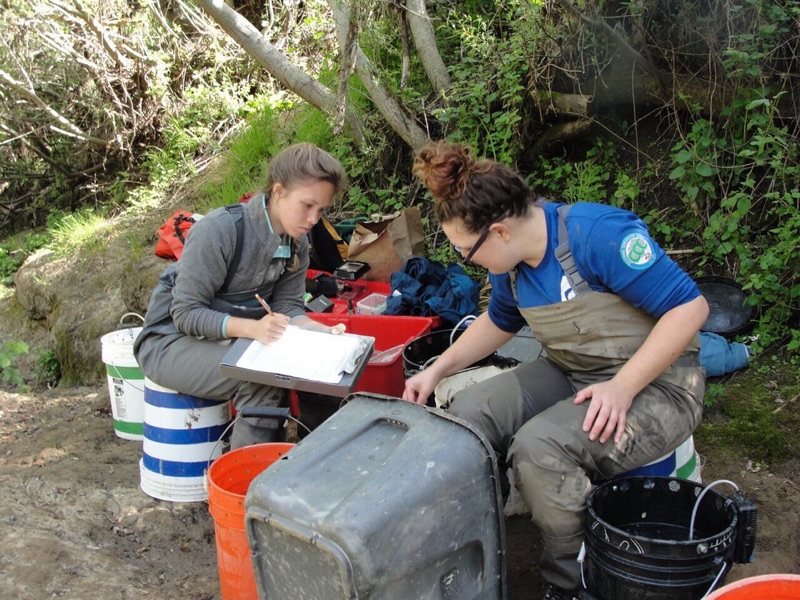 The Salmon Blog: SPAWN and the Mark Recapture Study

What does this mean?

First, a bit about the history of SPAWN:

Salmon Protection and Watershed Network (SPAWN) is a grassroots non-profit that has been monitoring salmonid summer habitat since 1999. SPAWN began monitoring the salmonid spawning activity on the six tributaries of San Geronimo Creek in 2001 and in 2006 added springtime monitoring of out-migrating smolts. SPAWN’s efforts are meant to support and complement the work of partners in the Lagunitas Creek Watershed including the CA Department of Fish and Wildlife, National Marine Fisheries Service, National Park Service, and the Marin Municipal Water District (MMWD). 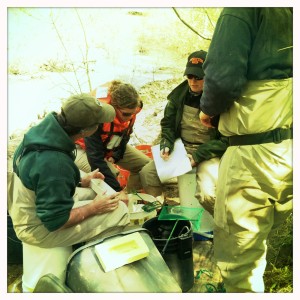 The willingness for scientists to collaborate at local, county and state levels is crucial to developing strong, uniform protection for migratory species like salmonids.

A bit more about SPAWN:

In regards to Coho Salmon (Oncorhychus kisutch), Lagunitas Creek Watershed supports one of the largest remaining wild populations. SPAWN’s objective is to measure juvenile abundance spatially and temporally throughout in San Geronimo Creek and establish a baseline for how habitat restoration efforts are protecting and improving the population.

Coho are part of NOAA’s Species in Spotlight Initiative

NOAA’s Salmon Recovery Plan recognizes the importance of the Lagunitas Creek Watershed to the recovery of the entire population. 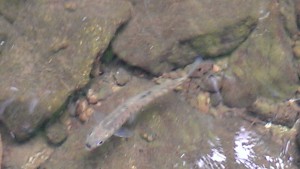 The Mark Recapture Method answers a simple question: how many fish are in this population? 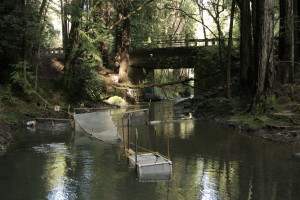 Fun Fact: The first recorded mark recapture study was conducted on the population of London in 1629. 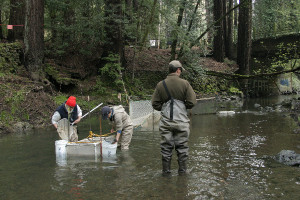 In these mark recapture studies, salmonid smolts are marked with fin clips. A “clip” means a very small section of a few fin rays are distinctively snipped. This is a common, safe marking method in many fisheries studies. Salmonids normally accrue rips and tears on their fins so fin clip schedules will include a small clip from two different fins to ensure biologists know whether they have captured a fish. Markings are predetermined to correspond to calendar weeks. All participating agencies on the Lagunitas Watershed follow a coordinated fin clip schedule. 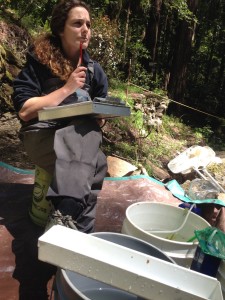 At the end of the smolt monitoring season, data about how many fish were marked initially is compared to the total number of marked fish that were recaptured. These numbers are processed using the program R to give a final determination of the population of out-migrating smolts for that year. 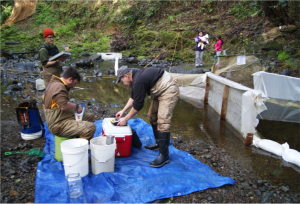 Past studies conducted by SPAWN and the Marin Municipal Watershed District (MMWD) have shown that the San Geronimo Creek Watershed, within the greater Lagunitas Watershed, contributes up to 50% of smolt production even though it accounts for only 10% of the watershed size.

Neely Evanoff is Salmon Protection and Watershed Network (SPAWN)’s salmonid research coordinator working on a research fellowship to study and document the endangered Coho Salmon and threatened Steelhead populations within Marin’s largest watershed. Neely is available for questions at: neely@tirn.net. 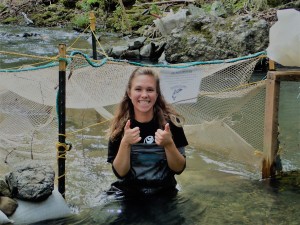 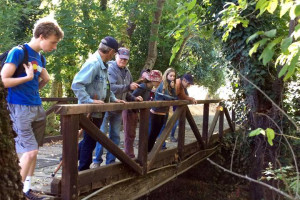