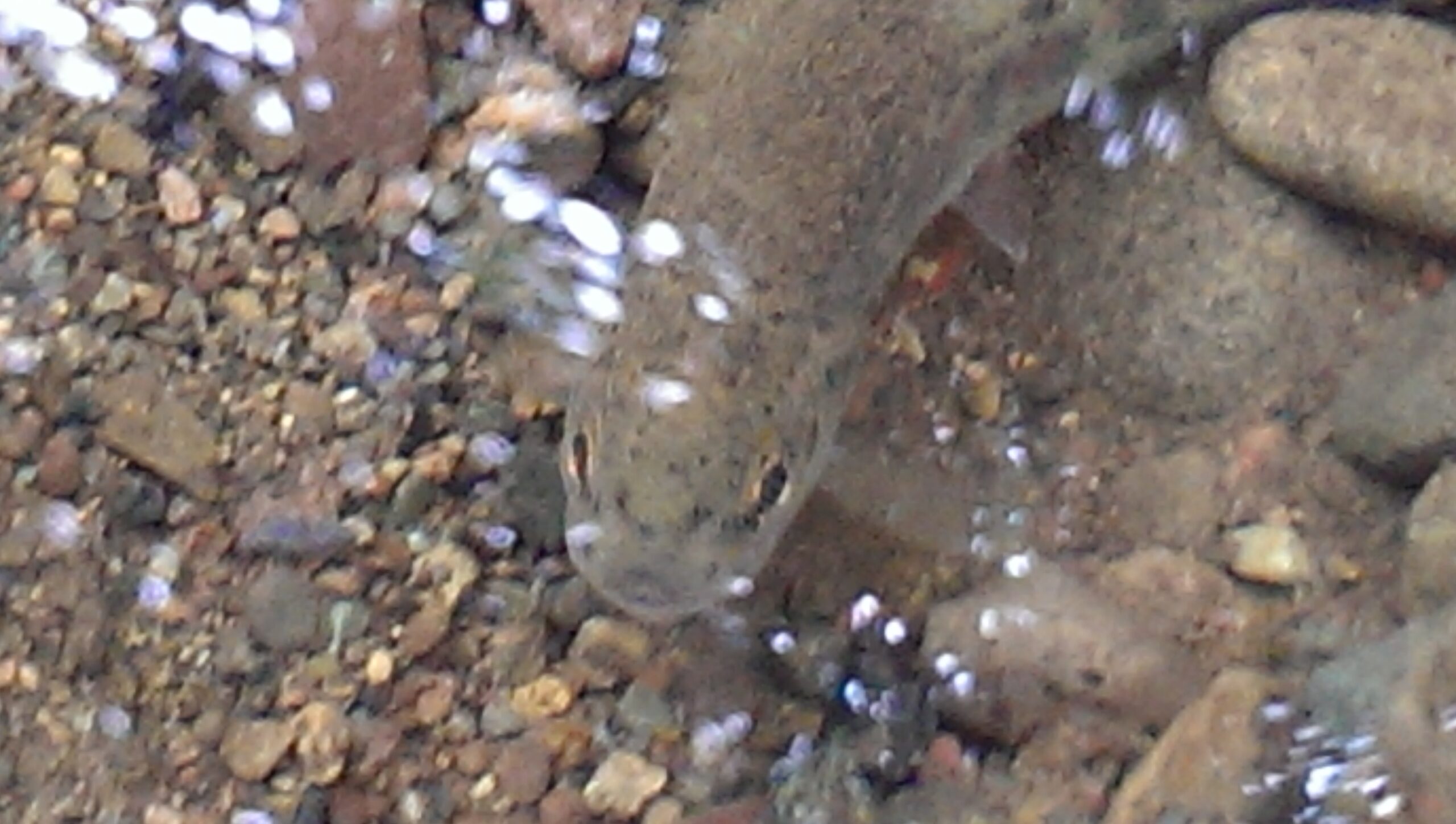 Salmon Migrating to the Sea

The waters of Arroyo, Larson and San Geronimo Creeks are alive from March to June year with silver splashes of young Coho Salmon and Steelhead Trout. These young fish, known as smolts, make the dangerous journey downstream to the open ocean changing and growing as they go to adapt to the salt-water environment they will soon enter.

Central California Coho Salmon are federally listed as Endangered. Only around 5,000 adults remain today from a population that formerly produced over 100,000 spawning fish. 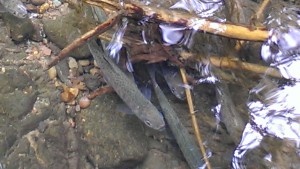 During this critical outmigration, SPAWN biologists, interns and dedicated volunteers don tan waders and rain boots and set up smolt traps in the creeks to count the fish. As the traps temporarily capture live fish, they must be checked seven days a week.

Bob Minekheim is a citizen scientist volunteer with SPAWN who helps monitor these traps three days a week. Bob’s assistance and that of state Assemblymember Marc Levine and his children, students and teachers from Montessori de Terra Linda school, and students from Sir Francis Drake High School has been tremendously helpful in conducting research.

This research is part of a long term monitoring project that SPAWN operates with funding from the California Department of Fish and Wildlife, and in close collaboration with the National Park Service and Marin Municipal Water District. Long-term monitoring is key to understanding our conservation successes and the effectiveness of our habitat restoration projects as we work towards federally established recovery goals.