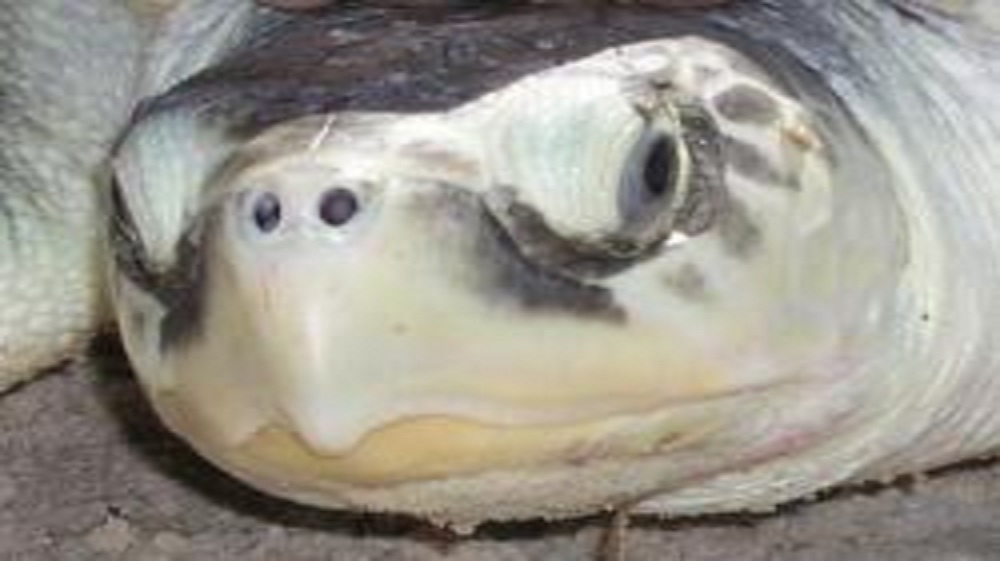 The harm from Chevron and big oil to people and the environment, inlcuding sea turtles, will be exposed today at a press conference featuring more than 25 global leaders fighting to protect their countries from irresponsible oil and gas exploration.

True Cost of Chevron ads showing the people and places harmed by the giant oil company will be posted along with people wearing turtle costumes will take the stage. TIRN will be sharing the next in its series of advocacy stickers: No Spill, No Drill, Oil is Unhealthy For All Living Things.

Massive oil spills and new offshore drilling in the Gulf of Mexico and around the world are threatening sea turtle nesting beaches and their ocean homes. All seven species of sea turtles are endangered or threatened with most populations declining. Oil and gas operations are a growing danger to their survival and recovery.

“Chevron and Big Oil must stop building dirty oil and gas projects on the backs of sea turtles,” said Teri Shore, Program Director for Turtle Island Restoration Network (TIRN, www.seaturtles.org) in Forest Knolls, CA, an author and co-sponsor of the Chevron Alternative Annual Report, who will be in Houston for the Chevron shareholder meeting. “Sea turtles are in trouble from drilling and spilling across the oceans. They are swimming through oil and losing beaches due to the fossil fuel frenzy.” See the report. http://www.seaturtles.org/downloads/ChevronAltReportFINALfinal5.pdf

So far, 186 sea turtles and more than 60 birds have recovered dead or dying during the BP oil spill. Many of the sea turtles found were accidentally caught and killed by shrimp trawlers and other commercial fishing boats just before Gulf waters were closed due to the oil spill.

Chevron is the largest leaseholder in the U.S. Gulf of Mexico and is lobbying hard to expand offshore drilling across the U.S. and around the world. The massive BP/Deepwater Horizon oil spill could have been Chevron’s because like BP, Chevron contracts with Transocean, the company responsible for the oil rig meltdown.

On the other side of the globe, Chevron is building the massive Gorgon natural gas facility on top of a flatback sea turtle nesting beach located on a nature reserve off the coast of West Australia. More than 1,000 nesting flatback turtles will be permanently displaced and the destruction of pristine marine habitat will threaten thousands more.

Chevron along with partners BP, Shell and other oil companies are also pushing to expand onto an undeveloped coastline important to Aboriginal communities and that support globally significant populations of sea turtles and humpback whales in northwestern Australia. Aboriginal and Australian activists will be in Houston to oppose these Chevron projects.