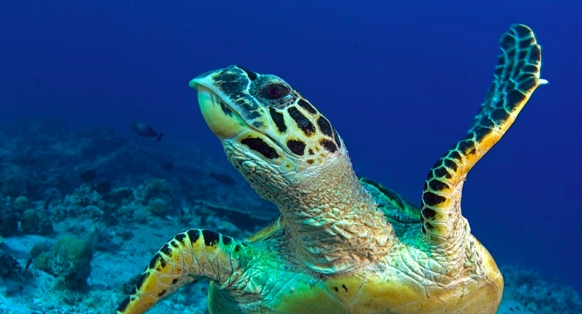 Ocean conservationist Todd Steiner, who has won strong protections for sea turtles from commercial swordfish fisheries along California’s coast, will challenge fishermen to do more than just change gear types to prevent sea turtles and other marine animals from accidental capture and drowning on longlines and in drift gillnets.

Steiner, Executive Director of Turtle Island Restoration Network, based in Olema, California, will argue that “techno fixes” alone won’t prevent sea turtles and other protected marine animals such as whales and dolphins from dying in fish nets along the California coast. He is an invited panelist at a special fisheries session, the first at the International Sea Turtle Symposium being held this week at Town and Country Conference Center in San Diego.

“Finding ‘common ground’ requires that everyone accepting their role in the problem of overfishing and accidental capture of endangered animals,” said Steiner.

In addition to using all the best available bycatch reduction “devices,” the solutions must include: (1) significant reduction of global fishing effort; (2) no-fishing marine preserves; (3) time-area closures; and (4) banning the use of the most destructive fishing technology; and (5) adequate enforcement. See the full presentation here.

Turtle Island Restoration Network won the Leatherback Conservation Area that prohibits drift gillnet fishing for five months of the year along the California coast north of the Southern California bite and prevented longline fishing for swordfish to expand. Soon the coastline will be designated critical habitat for critically endangered Pacific leatherbacks, which feed on jellyfish here after swimming across the ocean from Indonesia, a 6,000-mile swim.

Todd Steiner is the founder and executive director of Turtle Island Restoration Network (TIRN) (seaturtles.org), an international marine conservation organization headquartered in California with offices in Texas and Costa Rica. His work to reduce fisheries bycatch of marine species spans 25 years. Steiner worked with U.S. shrimpers in the 1990s to certify wild-caught shrimp as turtle-safe, modeling the program on his earlier success with the dolphin-safe label in the tuna purse-seine fishery. Steiner is a member of the IUCN Marine Turtle Specialist Group.