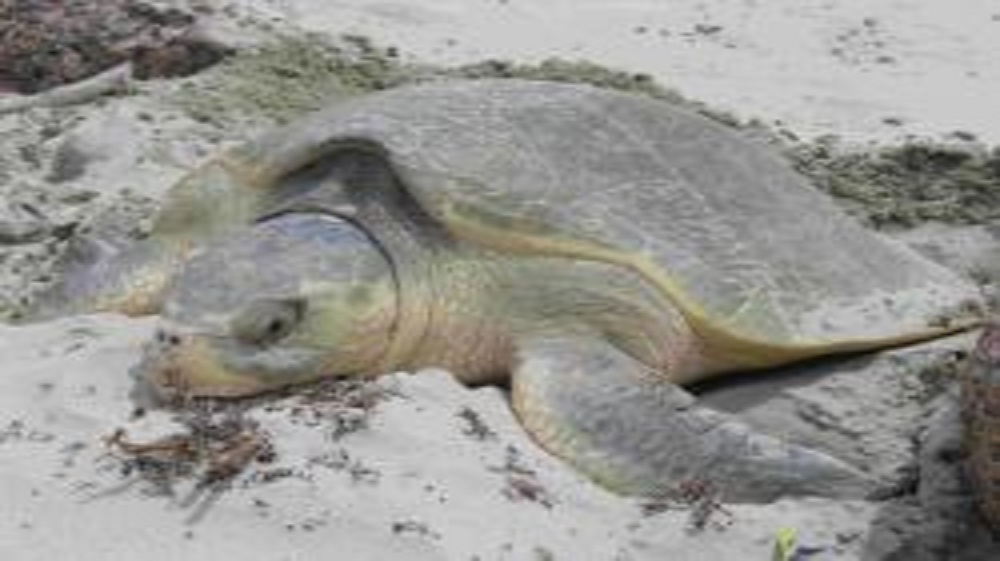 A public service announcement (PSA) is making history on the Texas Gulf Coast. For the very first time, the public is being asked to watch for nesting sea turtles on the entire Texas coast as warm weather arrives. The Sea Turtle Restoration Project (STRP) has distributed a 30 second PSA to television stations from Brownsville to Beaumont asking tourists and residents to keep an eye out for sea turtle nesters in the spring and early summer and hatchlings in July and August.

The Kemp’s ridley was near extinction in the mid 80s but their population is slowly recovering. Beach goers who see a nesting sea turtle are asked to call 1-866-TURTLE-5 (887-8535) to report their location. Federal biologists will respond to calls giving advice such as protecting the turtle from traffic or pets and taking photographs. The sea turtles are protected under the Endangered Species Act and anyone harming or harassing a sea turtle could be fined or imprisoned.