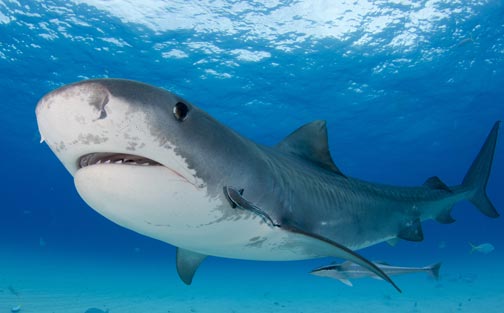 Olema, Calif. (Sept. 8, 2014) – Shark scientists gathered last week at a conference organized by the Colombian Presidential Agency for International Cooperation to learn how to effectively track the migration patterns and behavior of threatened sharks species with specialized underwater acoustic tags,* as well as strengthen the Latin-American Migramar network of scientists studying marine migratory patterns in the Eastern Pacific. 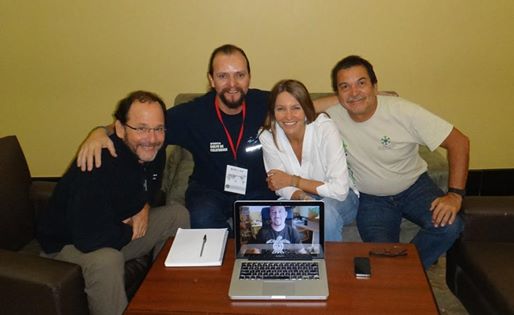 The conference was held in Bogota, Colombia, and featured virtual training modules by Turtle Island Restoration Network’s Conservation Science Director, Dr. Alex Hearn and Pelagios-Kakunja’s Dr. James Ketchum.  Hearn and Ketchum provided training on the use of underwater acoustic tags as a tool for understanding the migration patterns of threatened sharks and other marine species in the Eastern Tropical Pacific Marine Corridor.

“This type of collaboration among counties, researchers, non-profits and agencies is encouraging,” said Dr. Alex Hearn of Turtle Island Restoration Network. “The more people involved in understanding threatened shark movements the more likely we are to be able to truly protect them.”

Greater participation in shark research with acoustic tags will extend the underwater array of listening stations, from which scientists obtain data from the tags and draw conclusions about species behavior and movements.

Currently, most acoustic tags are clustered in marine protected areas where adult sharks go to feed. However, little coverage (and therefore data) is available along the coastlines where young sharks tend to be located. Participants attended the conference from Ecuador, Colombia, Costa Rica, Panama, and Mexico.

“Our goal was to train groups on how to track sharks and analyze the data, and eventually develop policies to protect sharks during all key life stages and major migrations,” said Dr. Hearn. “It was also a great opportunity for the members of the Migramar network to meet and discuss future collaborative research in the region.”

There are two types of tags used to track sharks – Acoustic and Satellite.

Acoustic tags send out ultrasonic ‘pings’ that are detected and recorded by receivers stationed around marine protected areas and important oceanic areas. These stationary underwater receivers serve as hubs of information ‘pinging’ data about any shark that swims by to a website that scientists can access to see an individual sharks movements.

Satellite tags are another way to track sharks. They are more expensive then acoustic tags and work differently. Satellite tags send movements up to a satellite in real time, or at set intervals. Scientists can then access this data to see where the shark is at any given moment.

Randall Arauz, President of PRETOMA and Board member of Turtle Island (right), interacts via computer with Turtle Island’s Science Director Alex Hearn (inset), during his video presentation of satellite tagging techniques during the conference.