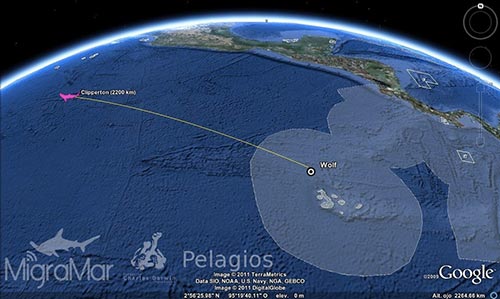 This chart shows the current record for shark migration in the Eastern Tropical Pacific monitored by the MigraMar network.

The record-setting female silky shark, measuring approximately 1.9 meters in total length, was tagged with an internal ultrasonic chip. The shark remained in Galapagos waters for approximately two months where it was last detected on May 1, 2010. 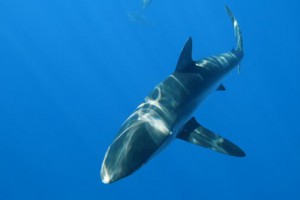 Since then, its whereabouts remained unknown until its September 18, 2010 detection near Clipperton Island, where it remained for one month. It then returned to Galapagos in April 2011, completing a 2734 mile (4400 km) round trip.