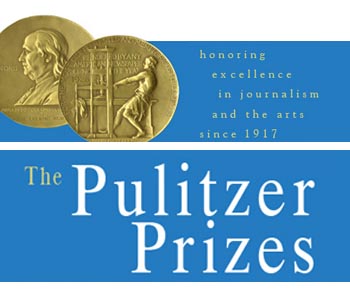 The Associated Press was just awarded a Pulitzer Prize, given for excellence in journalism, for their coverage of severe labor abuses tied to the supply of seafood to the U.S. Their series of stories revealed that U.S. supermarkets and restaurants are selling shrimp that is peeled by slaves. The series also described some of the conditions these shrimp peelers endure, including emotional and physical abuse, being locked into the sheds where they work, and working 16 hour shifts with their hands in ice water.

The reporting, and the collective actions taken in response to the series, eventually freed 2,000 slaves, brought perpetrators to justice, and catalyzed industry reforms. These changes include updating the U.S Tariff Act of 1930 to no longer allow the importation of goods made by child and forced labor.

You can view the award-winning stories by the Associated Press on the connection between shrimp and slavery at the following link:  http://www.pulitzer.org/winners/associated-press. We applaud the AP for their excellent reporting and coverage on this issue. We encourage everyone to read the series and then take action by signing our slave-free seafood pledge by clicking here.

Together, we can make great changes in the world.