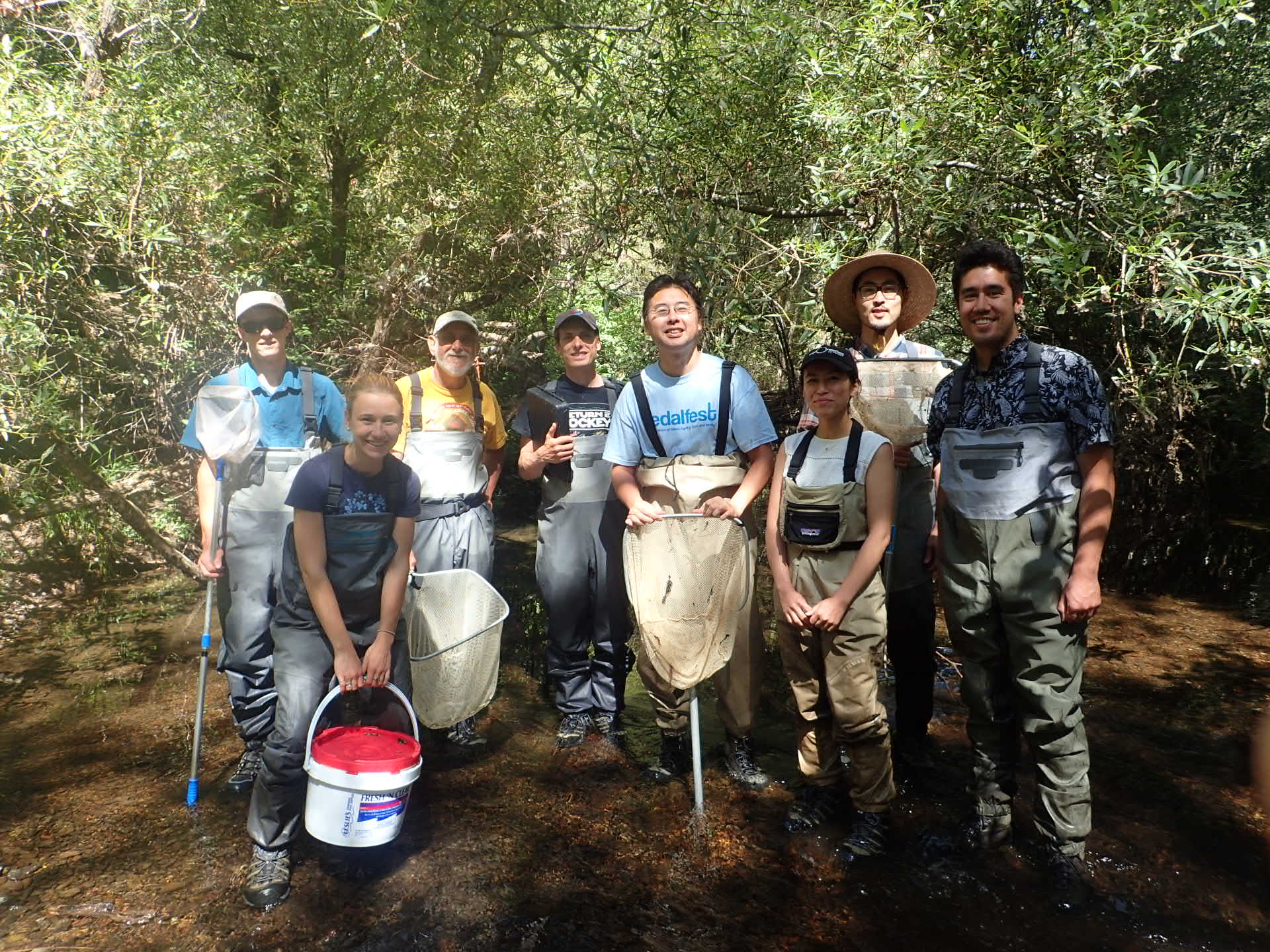 SPAWN Surveys for Wildlife for Tocaloma

SPAWN has recently broken ground on our most ambitious habitat restoration project yet, to restore a mile-long reach of Lagunitas Creek. The goal of this project is to ensure Coho Salmon remain part of our landscape for generations to come.

To make the site safe for wildlife SPAWN biologists and volunteers conducted surveys to ensure that no animals would be adversely impacted by construction activities.

We first started with a nesting bird survey to see if any late season nests were active and in the project area. This survey determined that no birds were actively nesting, although some young fledglings were still around the area feeding. We found 21 species of birds, including some neo-tropical migrants that will soon travel south to Central America for winter.

Once we determined that no nesting birds would be impacted, we conducted surveys for California freshwater shrimp. We found numerous shrimp, which are rare in other parts of California, but appear in high densities within this stretch of Lagunitas Creek. This survey confirmed that the areas where shrimp where found won’t be adversely impacted by the project and that shrimp are not found in locations where equipment will be working near the stream channel.

Lastly, we performed surveys for California red-legged frogs, which included both day and night surveys. Using a special high-beam flashlight and binoculars we surveyed the creek banks and existing small ponds for these unique frogs, looking for eye shine of frogs.

Our surveys found many species of wildlife including newts, Coho Salmon, and salamanders. We did fine one species of amphibian in the project area, which was a bullfrog tadpole. Unfortunately, bullfrogs are invasive in Lagunitas Creek because they prey on many animals, include juvenile Coho and Steelhead. Our project is designed to prevent the types of habitats that bullfrogs need, which are warm stagnant ponds. By completing this project, we hope to eliminate the conditions that buffrogs prefer and greatly expand the cold-water stream habitats that Coho and Steelhead need.

We received considerable support from expert biologists and experienced volunteers who contributed time to help us ensure the site was safe for wildlife. Thank you to those that supported these efforts!