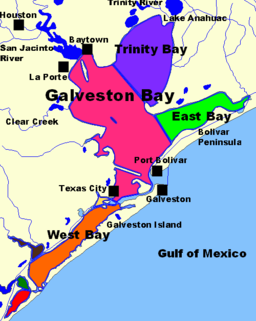 This week the Galveston Bay Estuary Program hosted a State of the Bay Symposium, bringing together nonprofits, state and federal agencies and community stakeholders to hear presentations and panel discussions on challenges and successes regarding the health of Galveston Bay. I was able to attend representing Turtle Island Restoration Network.

Half of the people living in Texas live in the Galveston Bay Watershed, and this area is experiencing the largest population growth in Texas.

In 2015, the Galveston Bay Foundation completed a “report card” on the health of Galveston bay and it received an overall health grade of “C”

The Texas coast has more biodiversity than anywhere else in the country, but climate change is effecting the Texas coastline and it is eroding 6 to 30 feet per year with an average of 2.3 feet per year. Annually we are losing 1,600 acres of wetland because of development, and PCP and dioxins are a concern in the Upper Galveston Bay, San Jacinto River, Clear Creek and Trinity River because of industrial discharge and pollutants washing in from the Houston Ship Channel.

Everyone may reduce their impact on the water quality in our watersheds, bays, estuaries and ultimately the ocean by following a few simple steps:

Galveston Bay and its’ watershed supports a unique ecosystems providing habitat for a diverse collection of wildlife. Please leave your thoughts and comments below on how we can keep our bay healthy.