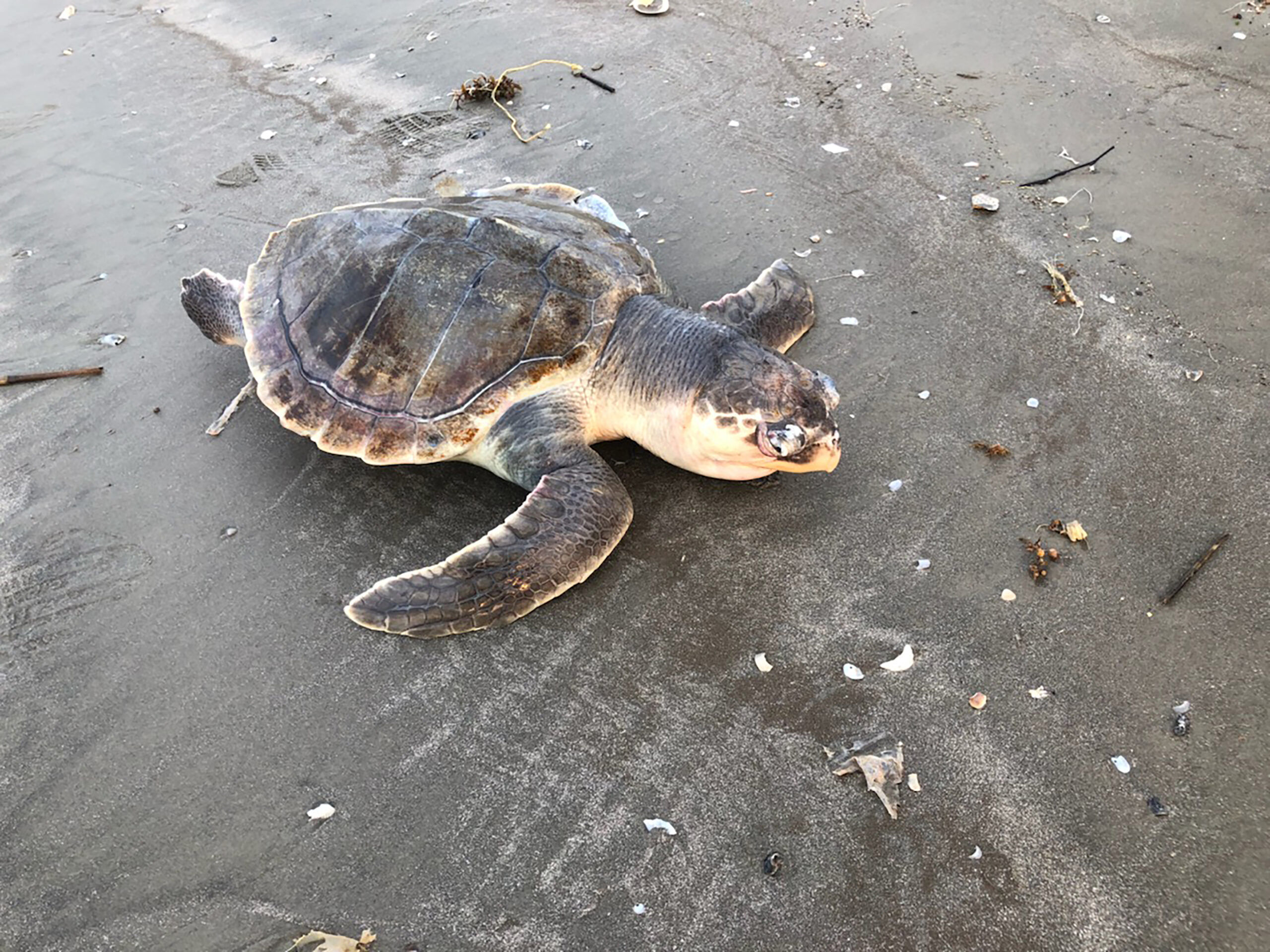 Sea turtle strandings are at an all-time high in Texas. Click here to urge Congress to protect sea turtles and request additional enforcement in federal waters.

A record-breaking number of sea turtles stranded off the Texas coast in April and May during the height of nesting season. Sadly, most turtles were found dead.

Turtle Island Restoration Network is concerned the increase in strandings (when sea turtles are found dead, injured, sick, or exhibit abnormal behavior) is caused by illegal fishing in the coastal waters. We need your help right now to save endangered sea turtles and ensure wildlife officers can detect and apprehend illegal vessels in waters off the Texas coast. 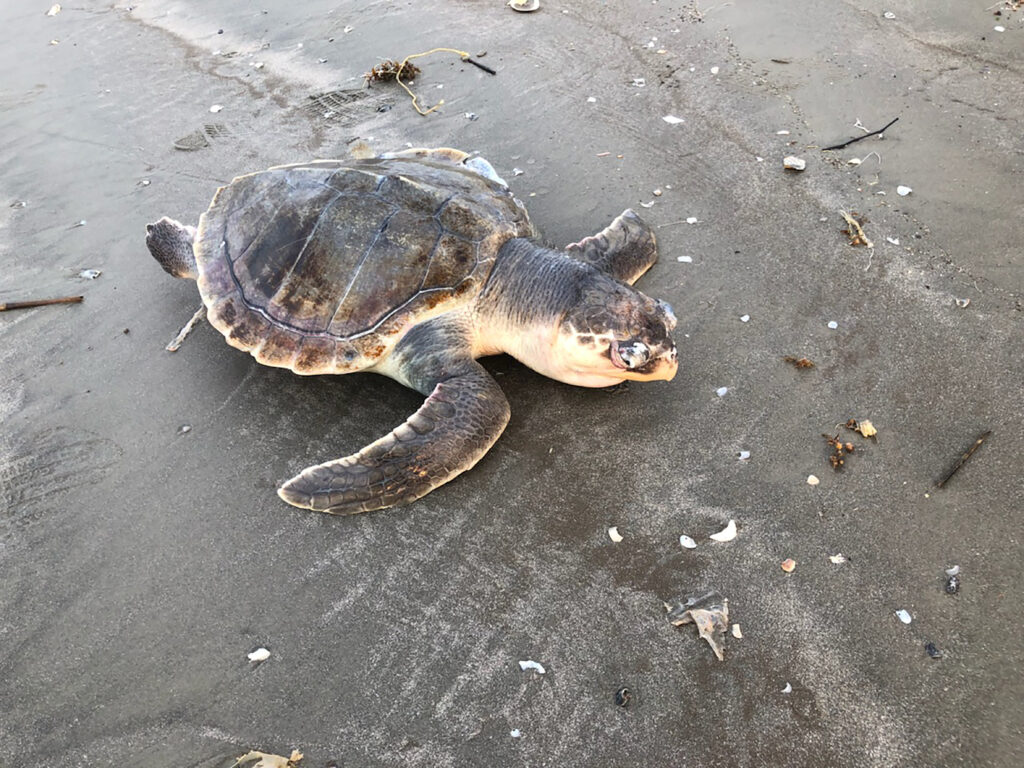 A deceased Kemp’s ridley sea turtle, the world’s most endangered sea turtle and the Texas state sea turtle, is found on the upper Texas coast during the highest recorded stranding event in one month since 1980.

A total of 159 stranded sea turtles were recorded in April – the highest number of strandings since monitoring began in 1980. Strandings continue at a rapid pace, and the latest data shows 186 turtles stranded in Texas through May 21.

It is often difficult to determine why a sea turtle strands, but we do know turtles are drowning in illegal longline and gillnet fishing operations along the United States – Mexico border in southern Texas. We need government agencies on both sides of the border to take action now.

Fishing vessels are illegally longlining and gillnetting in both state and federal waters – catching, maiming and drowning sea turtles as well as other marine life in their hooks and nets.

We need stricter federal laws for anyone caught illegally fishing in federal waters since current penalties have not been a deterrence and strandings are at an all-time high in Texas. Please urge Congress to stand up for marine wildlife and request additional enforcement in federal waters to save sea turtles from suffering and death.

Without adequate enforcement, it is difficult for federal and state wildlife officers to detect and apprehend illegal fishing operations – in waters off the Texas coast and throughout the country. Tell Congress you are outraged at the record high numbers of sea turtle strandings, and please ask your representatives to take a stand against destructive and illegal commercial fishing in federal waters.

We must act now. Without swift action, we are headed for another record number of stranded turtles for May and beyond.