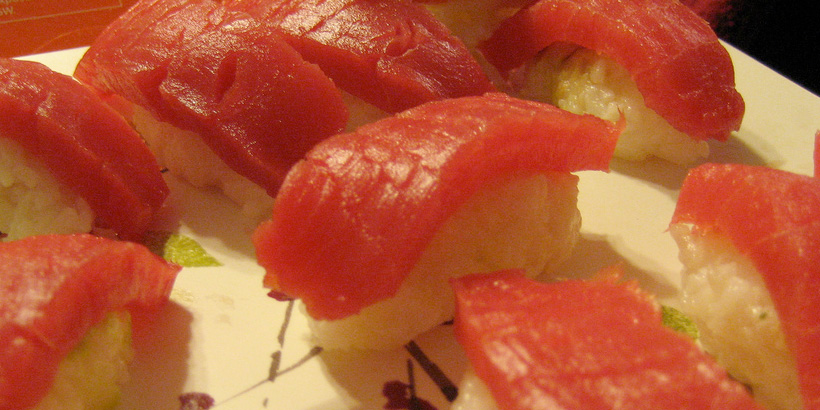 Study: Prenatal Mercury Exposure From Fish May Be Associated with Risk of ADHD-Related Behaviors

By Turtle Island Restoration NetworkOctober 8, 2012Got Mercury?
No Comments

BOSTON, Massachusetts — A study of children in the New Bedford, Mass., area suggests that low-level prenatal mercury exposure may be associated with a greater risk of attention-deficit/hyperactivity disorder (ADHD)-related behaviors and that fish consumption during pregnancy may be associated with a lower risk of these behaviors, according to a report published Online First by Archives of Pediatrics & Adolescent Medicine, a JAMA Network publication. ADHD is one of the most common neuro-developmental disorders of childhood and affects 8 percent to 12 percent of children worldwide, although its cause is not well understood. The developmental neurotoxicity of mercury is known, but the findings from epidemiological studies are inconsistent with some studies showing associations between mercury exposure and ADHD-related behaviors and others reporting null associations, according to the study background.

Nonoccupational methylmercury exposure comes primarily from eating fish, and the U.S. Environmental Protection Agency and the U.S. Food and Drug Administration have recommended pregnant women limit their total fish intake to no more than two, six-ounce servings per week. However, fish is also a source of nutrients, such as omega-3 fatty acids, which have been shown to benefit brain development, potentially confounding mercury-related risk estimates, the study background also indicates.

Sharon K. Sagiv, Ph.D., M.P.H., of the Boston University School of Public Health, and colleagues analyzed data from the New Bedford birth cohort, a group of infants born between 1993 and 1998, to investigate the association of peripartum maternal hair mercury levels (n=421) and prenatal fish intake (n=515) with ADHD-related behaviors at age 8 years.

“In this population-based prospective cohort study, hair mercury levels were consistently associated with ADHD-related behaviors, including inattention and hyperactivity/impulsivity. We also found that higher prenatal fish consumption was protective for these behaviors,” the authors comment.

Statistical analysis indicates mercury exposure appeared to be associated with inattention and impulsivity/hyperactivity and some outcomes had an apparent threshold with associations at 1 μg/g (microgram/per gram) or greater of mercury. For example, at 1 μg/g or greater, the adjusted risk ratios for mild/markedly atypical inattentive and impulsive/hyperactive behaviors were 1.4 and 1.7 respectively, according to the study results.

There also appeared to be a “protective” (lower risk) association for fish consumption of greater than two servings per week with ADHD-related behaviors, particularly impulsive/hyperactive behaviors (relative risk = 0.4), the study results show.

“In summary, these results suggest that prenatal mercury exposure is associated with a higher risk of ADHD-related behaviors, and fish consumption during pregnancy is associated with a lower risk of these behaviors,” the authors conclude. “Although a single estimate combining these beneficial vs. detrimental effects vis-à-vis fish intake is not possible with these data, these findings are consistent with a growing literature showing risk of mercury exposure and benefits of maternal consumption of fish on fetal brain development and are important for informing dietary recommendations for pregnant women.”

In an editorial, Bruce P. Lanphear, M.D., M.P.H., of Simon Fraser University, Vancouver, British Columbia, Canada, writes: “The study by Sagiv et al, which tested whether prenatal exposure to methyl mercury was associated with the development of ADHD-related behaviors, is an important and rigorously conducted prospective birth cohort study.”

“What are the implications of the Sagiv et al study and other research on environmental contaminants and ADHD? First, we can take some comfort in recent legislation to reduce mercury contamination, at least from domestic sources. Second, these studies should spur our efforts to enhance the collection of data needed to calculate national estimates and trends in ADHD,” Lanphear continues.

From by Underwatertimes.com News Service