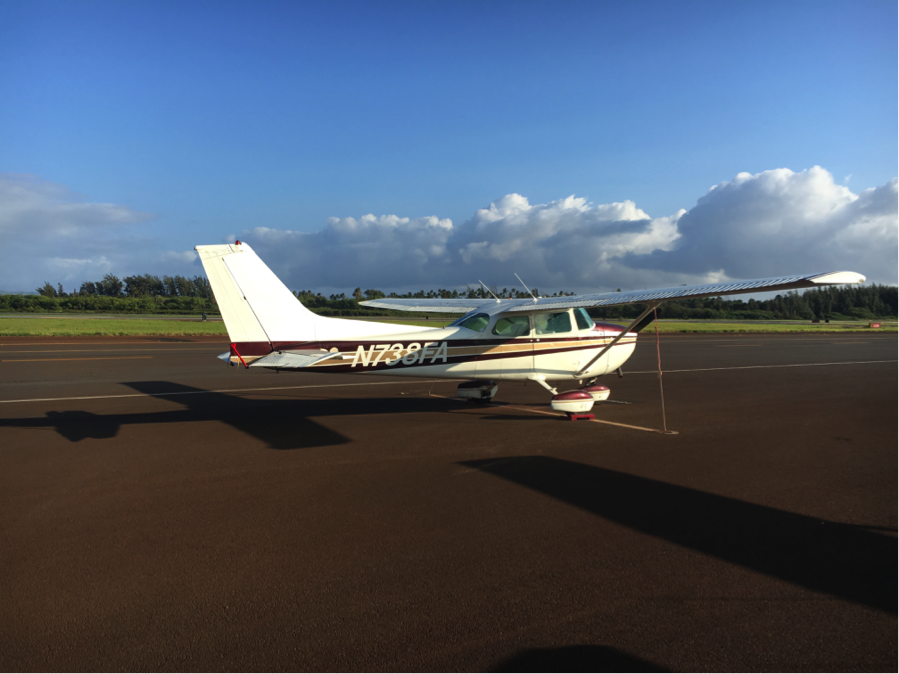 Due to the risk of their main nesting areas in the Northwestern Hawaiian Islands (Papahānaumokuākea Marine National Monument) becoming unsuitable thanks to the effects of sea level rise, climate change and tectonic movements of the Hawaiian Islands, we will be collaborating with agency and community partners to potentially propose the idea of re-establishing a green sea turtle (Chelonia mydas) nesting colony on Lāna’i at a historically significant nesting beach called Polihua. One of the first steps in this process is to assess how many turtles are currently nesting around the island.

A literature search and conversations with other researchers have produced no other Lāna’i nesting data or knowledge outside of what we’ve sporadically observed on a limited basis in the last few years. This monitoring program will help close data gaps in terms of new geographies monitored, which will help meet recommendations in federal sea turtle management documents.  A consistent monitoring effort over the course of at least five years (since individual sea turtles don’t nest every year) will start establishing the baseline needed for future studies and current conservation efforts.

Unlike most of the Main Hawaiian Islands, Maui County’s island of Lāna`i provides an entire coastline of undeveloped habitats. The potential for endangered species to utilize these areas is high, but the remoteness and detection difficulties often create challenging conditions to confirm these activities. Available sea turtle nesting habitats are along the southeastern, eastern and northern coastlines (~23 miles of search area). They haven’t been consistently researched since there’s no easy way to ground survey all of these habitats in one day unless multiple teams of people are involved. The time and effort saved by flying compared to surveying these areas by foot and vehicles are significant. Aerial surveys are actually more cost-effective when all of the other expenses plus time and logistics are included.

Our primary goal of these aerial surveys is to gather information on sea turtle nesting activities. This study will also provide information to better understand and manage the Hawaiian monk seal (Neomonachus schauinslandi). Additionally, any marine mammal strandings will also be identified and the appropriate stranding response networks will be contacted. Marine debris has been recognized as a major threat to endangered species survival. Searching for any entangled animals will also prove beneficial when rescues can be made. Sedimentation, one of the major threats to coral reef survival, will also be documented. 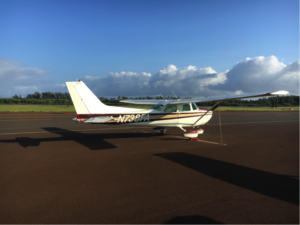 Starting June 1st, we’ve been flying much of the Hawaiian island of Lāna’i’s coastline in a Cessna 172 (4-seater) every other morning at sunrise.   Depending on flight traffic and conditions, we’ve also been able to view many of Maui’s NW beaches before crossing the `Au`au Channel to Lāna’i.  On our return, we get a quick peek at the western end of Maui’s Ma`alaea area.  Each flight takes about an hour, and we adhere to all Federal Aviation Administration (FAA) regulations by staying above 500 feet (1,000 feet away from structures and marine mammals).

Along with a dozen Hawaiian monk seal sightings, old haul out sites and basking turtles on Lāna’i plus numerous basking turtles and tracks around Maui, we’ve only documented one potential nest site that was washed away by high tides ~3 hours later.  The high tides and winds, beach driving, ungulate herd tracks, and marine debris are some factors that may obscure nesting tracks. At the beginning of August, we investigated by foot 11 of the 23 miles of habitat that we’d surveyed by air and didn’t find any evidence of nesting either. The results of this ground-truthing effort was encouraging in that it showed that we likely hadn’t missed any nesting activity and the aerial surveys were an effective methodology.

Due to the generosity of Maui aviation community members, who have donated money and resources towards this project, we are able to survey during the rest of the month of August. Finding more activity would be exciting, but even if we don’t, that’s valuable information too.  Overall, gaining this knowledge and protecting these turtles will ultimately serve the ambition of fostering the perpetuation of nesting in the Main Hawaiian Islands and the survival of this iconic species.