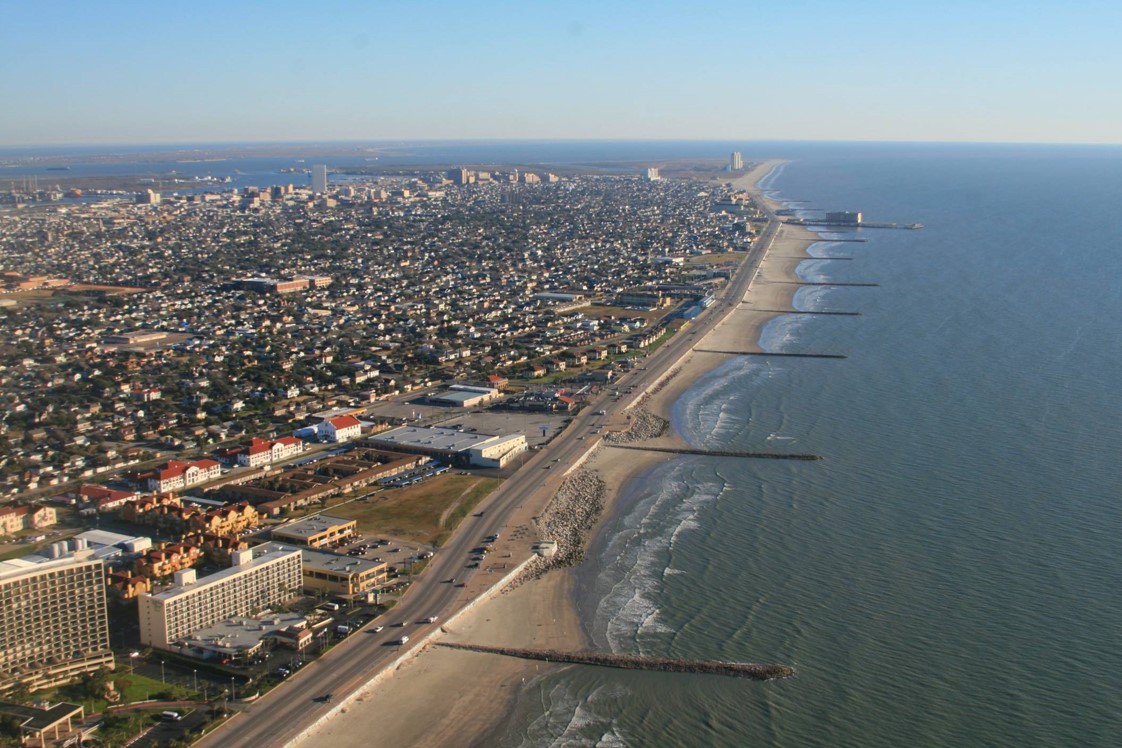 Galveston Island, located in the Upper Texas Coast, is a significant nesting habitat for the endangered Kemp’s Ridley sea turtle, and for other threatened and endangered bird species. Since Galveston Island is a barrier island, severe hurricanes periodically strike such as Hurricane Ike in September 2008.

In response to the risk of destruction of life and property from hurricanes, a number of coastal barrier system projects are currently being developed and discussed in Texas. These plans, while still in the conceptual phase, have engendered significant public and legislative support.

However, these proposed barrier system projects have the potential to severely degrade the habitat for sea turtles and birds on Galveston Island and along the upper Texas coast. Further, these projects might impede the growth and populations of thousands of fish and crustacean species that reside in the Galveston Bay Area.

In 2013, the Texas Legislature created A Joint Interim Committee to Study a Coastal Barrier System to examine the feasibility and desirability of creating and maintaining a coastal barrier system. Texas State Senator Larry Taylor and State Representative Joe Deshotel are co-chairs and members from the House Committee on Land and Resource Management, the Senate Committee on Natural Resources and two additional coastal members from each chamber.

The Ike Dike is proposed by Dr. Bill Merrell and Colonel Len Waterworth at TAMUG.

The project would “extend the existing Galveston Seawall along the rest of Galveston Island and along the Bolivar Peninsula, with a 17ft high revetment near the beach or raising the coastal highways”. This would be coupled with barrier gates at San Luis Pass and Bolivar Roads to prevent storm surge from entering Galveston Bay. Estimated costs $6-10 Billion. There have been no comments on the expected cost of maintenance and upkeep.

The initial proposal focused on building a gate across the upper Houston Ship Channel to protect petrochemical and other industrial infrastructure. Their current proposal includes a series of dikes, levees, oyster reefs, and highway raising to protect specific areas and assets in the Galveston Bay.

Currently conducting a $3.1 Million study on coastal barrier system alternatives with an estimated cost of $1 billion.

The Army Corps of Engineers (ACOE) has two projects; the first study (a 3-year study due in 2017) includes creating a levee system from Sabine Pass to Galveston Bay and the second study is the Texas Protection and Restoration Study. Completion of this study will take 5.5 years and it began in November 2015. This study will investigate the achievability of flood reduction, ecosystem restoration and storm damage mitigation. The ACOE is partnering with the General Land Office and they hope to have a tentative plan by 2018. This study would include recommendations to Congress on coastal projects that should be funded. No website available.

The Gulf Coast Community Protection and Recovery District (GCCPRD) is a local government corporation created by Brazoria, Chambers, Galveston, Harris, Jefferson and Orange Counties responsible for developing plans to address the impacts of future storms on the upper Texas coast. The Texas General Land Office (GLO) administers the federal Community Development Block Grant Disaster Recovery Program for Texas with the purpose of conducting a Storm Surge Suppression Study. This study is an investigation to determine the vulnerability of the upper Texas coast to storm surge and flooding. This study has three phases estimated to be completed in full by July 2016. The hopeful result will be a cost effective and efficient system of flood damage reduction and storm surge suppression measures to help protect the 6 counties involved. Once completed, the report will be presented to the Board of GCCPRD and the GLO for review. Funding for the implementation of the final solution has not been identified for this project.

Galveston Bay is rich in marine wildlife, the majority of which migrate up and down the Texas coast. Dolphins and sea turtles are some of our larger organisms that frequently travel in and out of the bay, along with over 162 species of fish and crustaceans. A large portion of wildlife utilizes the brackish estuaries to spawn. During early stages in their life cycle, shrimp find sanctuary in these large fertile regions where they feed and grow.

For the past 50 years, numerous organizations have spent countless hours and dollars into stabilizing the Kemp’s Ridley sea turtle populations. In the 1980s, the sea turtle population had dropped to about 700 nests in Mexico. The turtle population took another severely negative impact from the Deep Water Horizon oil spill, so any construction to the dunes where they nest, and any limit to the natural waterways they travel could further impede their survival. Outside of nesting, the inshore waters of the bay remain a habitat for Kemp’s Ridley sea turtles.

Galveston Bay is frequented by hundreds of dolphins, some calling it home. A two-year study done by the Galveston Bay Foundation showed 670 dolphins, 304 with distinct marks. Of those, 43% are believed to be permanent Galveston Bay residents.

Multiple environmental issues come to light with the proposed construction of large retractable gates that the Ike Dike would require across Galveston Bay, San Luis Pass and the Intracoastal Waterway. Cutting off the migration paths of these organisms could have negative impacts in both environmental and economic aspects.

The gates would alter the flow of water, potentially leading to a decrease in water quality in these lagoons, as well as creating the perfect habitat for bacteria, pollutants and contaminants to accumulate. A study done by one of William Merrell’s graduate students, has predicted that “during non-storm conditions, when the gates are open, the flow area through the inlets are expected to reduce up to 40-60% due to the barriers” (Ruijs, 2011) This can cause changes in sediment, salinity and biomass. These changes in the bay “could potentially result in loss of habitat and disturb the ecology.” (Ruijs, 2011). Ruij also noted that the current sediment deficit is up to 10mm/year and could increase with the gates.

Keeping a Cautious Eye to the Proposed Barrier Systems

It is imperative to focus on all factors involved and affected by creating any type of protection to a barrier island. Any solution that alters the flow and water exchange between the Bay and the Gulf is problematic.

A false sense of security from a barrier system could lead to increased development of our coastal areas. Barrier islands are designed by nature to be a “seawall” for the mainland. So less development not more should be encouraged.

There must be a full environmental impact assessment and analysis of the ecological effects by the proposed barrier systems and alternative ways to solve the problem must be considered.