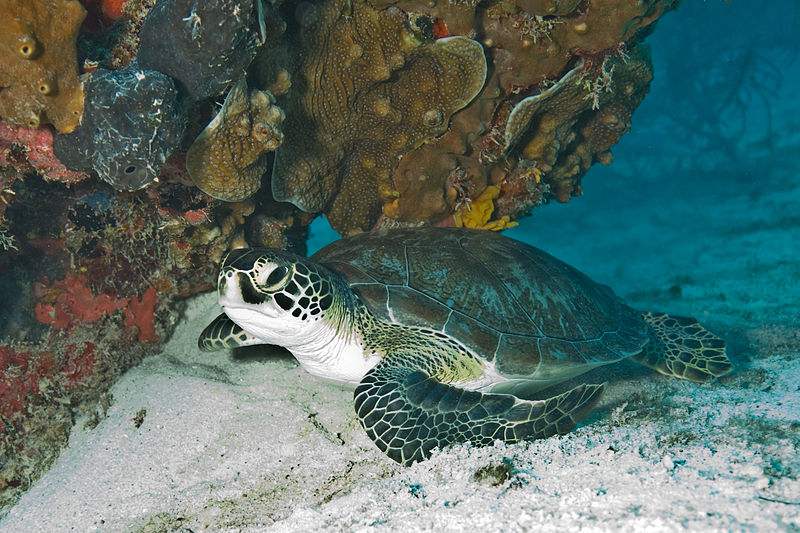 Already, sea turtle strandings along the Queenlsand coast have spiked over the past two years as new industrial projects got underway, totaling more than 3,300 sea turtles. During the first nine months of 2013, 650 sea turtles were found or reported stranded. These levels are unprecedented and have been attributed to a combination of natural and manmade factors including flooding, dredging and vessel strikes, and fisheries bycatch. In response, the Queensland state government flagged The ports of Gladstone, Townsville and Moreton Bay were flagged as “hot spots” for turtle and marine wildlife strandings.

Sick and Dying Turtles: An unknown Great Barrier Reef sickness already plagues vulnerable Queensland marine turtle populations.  In recent years unprecedented high numbers of dead turtles washed up dead along the Queensland coast. While pesticides and floods were blamed, the problem is so serious that scientists are now collaborating to investigate marine turtle health and how much mining, dredging and rapid industrialization of the GMRWHA contributes to the problem.

One recent study conducted after high numbers of green sea turtles stranded near Gladstone found elevated levels of heavy metals in the tissues of the dead animals, a sign that toxic contamination from industrial projects were likely contributing to the problem.