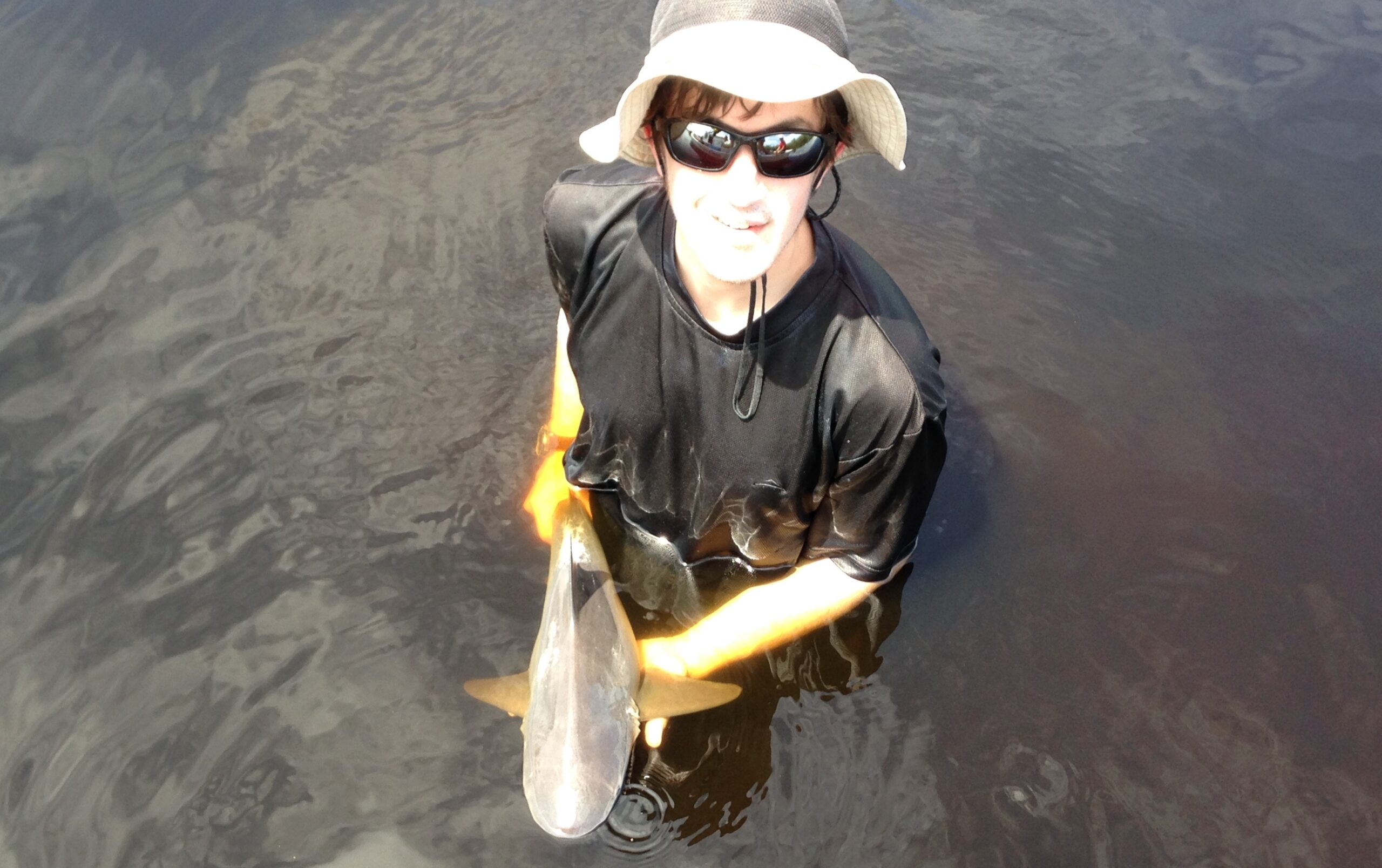 The second scholarship spot was offered to John Swenson, a Master’s student at San Francisco State University. He will participate on a 10-day shark and sea turtle tagging expedition to Cocos Island National Park off the coast of Costa Rica this month.

TIRN received over 110 applications from around the world ranging from students to early professionals in the marine conservation field. The two winners were chosen by six volunteer reviewers who worked in the fields of marine biology, environmental education and law.

“It was important for us to offer these scholarships to people just starting out in the marine conservation field who wouldn’t have been able to participate in an opportunity like this without financial support,” said Todd Steiner, executive director of TIRN. “This scholarship was made available primarily through a generous donation from one of our citizen scientists, Deborah Kearney, who has participated on six expeditions to date.”

Swenson is working on his Masters of Science in Marine Biology at San Francisco University, studying the evolution and development of cownose rays, which are close relatives of manta and eagle rays. His research involves collecting tissues from deceased cownose rays. He collaborates with fishermen in Chesapeake Bay who catch rays as bycatch. He connects with researchers to supply bycatch tissue for research purposes so that additional rays don’t have to sacrificed.

“I have been fascinated by sharks and rays for as long as I can remember and have been fortunate enough to study them for the last few years,” Swenson said. “Now, I’m looking forward to learning how to transform my science into policy and outreach. TIRN is phenomenal in these areas, so I plan to observe how this research trip is contextualized before, during, and after the trip.”

When Swenson found out that he won a spot on the Cocos Island Research Expedition, he was thrilled.

“Since the shock has worn off, I’ve had a hard time thinking of anything else,” said Swenson. “This comes at the tail end of a rough patch in my life and it provides a huge positive boost heading into the new year.”

“All of these candidates were outstanding and choosing between them was extremely difficult,” commented one of the anonymous reviewers.

Swenson is a PADI Divemaster and has experience handling and taggings rays and sharks. He will join scientists and volunteers on a 10-day expedition to Cocos Island National Park, located 350 miles off the Costa Rican coast and halfway between Costa Rica and Ecuador’s Galapagos Islands. This remote island was described by Jacques Cousteau as the most beautiful island in the world and is the only island in the eastern Pacific Ocean that has a tropical rainforest and cloud forest covered peaks that reach 2,000 feet.

Cocos Island temporarily hosts a variety of highly migratory species. It is known as the “Island of the Sharks” due to large schools of scalloped hammerhead sharks, white-tip reef sharks, tiger sharks, Galapagos sharks and others. Green and hawksbill turtles also reside in the waters surrounding Cocos, as well as leatherback and olive ridley turtles who migrate through it.

The expedition in early December will concentrate on acoustic and satellite tagging and collecting tissue samples from sharks and turtles, and will collect photographic data for a hammerhead photo identification project currently underway.

The scholarship covers the actual cost expedition aboard the Argos, a 130-foot vessel with full global reach, as well as all food, lodging, rental equipment and Nitrox certification.

“We are grateful to our funders, the UnderSea Hunter Group, who will provide dive equipment for the winner,” said Steiner. “We want to thank everyone who provided letters of recommendation for the applicants, and especially the applicants themselves and our anonymous reviewers for their time to make this opportunity possible.”