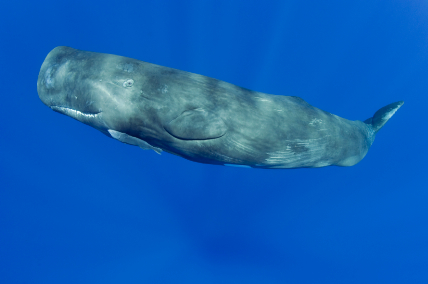 New federal emergency fishing regulations are forcing California’s drift gillnet fleet for swordfish and shark to stop fishing for the season if a single endangered sperm whale gets entangled in a net. All vessels that fish offshore will now be required to carry on-board observers at all times.

The emergency measures were finally imposed today after two endangered sperm whales were observed killed in the fishery in 2010. The rules will be enforced by requiring new vessel monitoring systems tracking the locations of all drift gillnet vessels off the U.S. West Coast.

“While these emergency measures are supposed to prevent whale deaths in the short term, the real fix is to phase out this obsolete and wasteful fishery once and for all,” said Teri Shore, Program Director at Turtle Island Restoration Network, SeaTurtles.org.  “The new regulations do nothing to stop the killing of more than 100 dolphins, sea lions, and other marine animals every year.  It’s time to end this waste of ocean life.”

“The gillnet fishery is a curtain of death and should be shut down forever,” said Todd Steiner, biologist and executive director of SeaTurtles.org.  “Why do we allow gillnets to kill endangered marine species to deliver swordfish and shark known to be so high in mercury that the FDA warns women and children never to eat it?”

The emergency regulations on California’s swordfish drift gillnet fishery were imposed in response to two endangered sperm whales that were observed killed in the fishery in 2010. Based on low observer coverage in the fleet of 20 percent or less, marine mammal experts estimated that as many as16 individual whales were killed in the CA drift gillnet fishery that year.  This number is high above the legal limit allowed under the Marine Mammal Protection Act. Until now, the fishery has been operating for nearly three years without a legal marine mammal take permit.

Turtle Island Restoration Network, Center for Biological Diversity, and Oceana requested emergency regulations and filed a notice of intent to sue the federal government under the Endangered Species Act in September 2012 because of the alarming killing and injury of sperm whales — as well as other new information that suggested the government was overlooking the fishery’s impact on endangered species. Conservation groups’ efforts in prior years have forced the fishery to implement closed areas to protect loggerhead and leatherback sea turtles. Today’s regulations will help enforce these closed areas by monitoring all fishing vessel locations.

⎯    Implements an immediate closure of the California thresher shark/swordfish drift gillnet (mesh size ≥ 14 inches) (DGN) fishery if one sperm whale is observed killed or seriously injured in DGN gear off California
⎯    Requires all DGN fishing vessels to carry a NMFS-trained observer from August 15, 2013 to January 31, 2014 in a 100% observer coverage area (Zone). The Zone covers nearly all areas in the U.S. exclusive economic zone (EEZ) deeper than the 1,100 fathoms (fm) (2,012 meters (m)) depth contour.
⎯    Exceptions: an area seaward of the Santa Lucia Escarpment, and  any canyons/basins shoreward of the main north-south 1,100 fm (2,012 m) depth contour (regardless of depth) to facilitate monitoring and enforcement
⎯    Owners/operators of vessels intending to fish with DGN gear will be required to install, activate, carry and operate a vessel monitoring system (VMS) prior to embarking on a DGN fishing trip after the effective date of this rule.