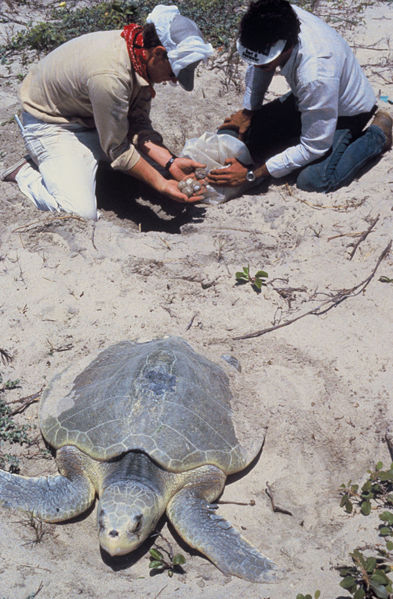 More than 130,000 People Call for Justice after the Murder of Costa Rican Sea Turtle Defender

In a week of actions, conservation organizations and concerned individuals from around the world will deliver an international petition with over 137,000 signatures to Costa Rican Embassies and Consulates in Costa Rica, the United States, and countries around the world.  The petition, representing signers from 150 countries, calls for the arrest and conviction of those involved in the murder of Jairo Mora Sandoval, a Costa Rican sea turtle biologist, and the kidnapping of three American and one Spanish women who were with him on beach patrol.

Jairo was a 26-year-old sea turtle defender working to protect nesting sea turtles from poaching and other threats on Costa Rica’s Caribbean coast in Moin. He was kidnapped at gunpoint, tortured and brutally murdered on May 30. Four women — three Americans and a Spaniard — were also kidnapped but escaped uninjured.

“It’s been nearly two months since Jairo was murdered and there are still no arrests,” said Todd Steiner, executive director of SeaTurtles.org. “We call on the government of Costa Rica to redouble its efforts to find Jairo’s killers and ensure the safety of the conservation community who have dedicated their lives to protecting the environment on which we all depend.”

Sea turtle poaching continue to threaten the lives of humans and sea turtles, and endanger Costa Rica’s image as an eco-tourist mecca. Jairo had worked as a beach monitor for the Wider Caribbean Sea Turtle Conservation Network, which has seen an increase in sea turtle poaching.

“The global outpouring of support to demand justice for Jairo and his family has been inspiring,” said Jaclyn Lopez, an attorney with the Center for Biological Diversity. “We will not give up this fight until Jairo’s killers have been convicted and the beaches are safe for sea turtles and people alike.”

U.S. Congressman Jared Huffman (D-San Rafael) has also urged US Secretary of State Kerry to help ensure that the Costa Rican government arrests and convicts the perpetrators of the murder of Jairo Mora and kidnapping and robbery of American and Spanish women who were with him (read the letter here).

According to Karen Eckert, executive director of the Wider Caribbean Sea Turtle Conservation Network, which employed Jairo at the time of his murder, governments throughout Latin America have also expressed their deep concern over the fact there has been no arrest in the case. “Last month, Parties to the Inter-American Convention for the Protection and Conservation of Sea Turtles extended their sympathies to Jairo’s family and noted that the objectives of the treaty ‘cannot be fulfilled if biologists, wildlife managers, volunteers and ecotourists are unable to safely and consistently monitor the region’s most important sea turtle nesting grounds.”

N.G. Jayasimha, managing director, HSI India said “We hope these signatures send a strong message to poachers around the world that violence against those who protect our natural resources will never be acceptable. We stand strong with our companions in Costa Rica in urging their government to swiftly bring Jairo’s murderers to justice.”

As Michael Liles, director of the Eastern Pacific Hawksbill Initiative in El Salvador, states, “The repercussions of Jairo’s death extend far beyond Costa Rican borders and put conservation efforts around the globe in jeopardy — the world’s eyes will remain fixed on Costa Rica until Jairo’s assassins are brought to justice.”