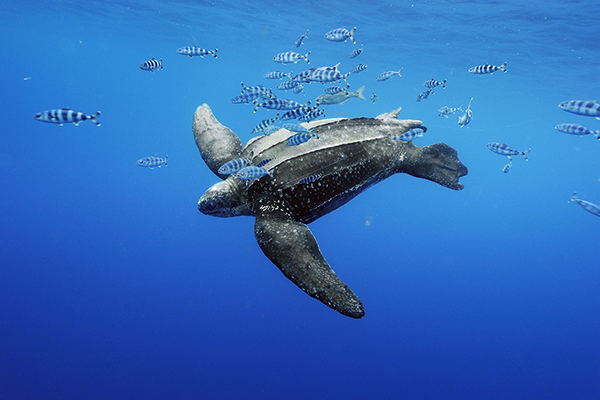 Just seven years ago, the Deepwater Horizon spewed 134 million gallons of oil over a three month period into the Gulf of Mexico. The full impact of this spill on the Gulf ecosystem will not be completely understood for decades.

As many as 320,000 turtles including Kemp’s ridleys, greens and loggerheads may have been impacted by the Deepwater Horizon oil spill, and at least 186 sea turtles and more than 60 birds have recovered dead or dying during the oil spill.

All seven species of sea turtles of have been listed as threatened or endangered under U.S. law through international treaties. Some of the most critically endangered species include the Eastern Pacific leatherback population, the Hawaiian hawksbill population, and the Kemp’s ridley which is found in the Gulf of Mexico.

Continued mortality from industrial fishing operations and the loss of nesting habitat due to climate change have set the stage for precipitous declines of once healthy populations.

“Expanding oil and gas drilling adds to the cumulative stressors that these embattled species are facing,” added Fugazzotto. “With short-sighted decisions like this coming out, the Trump Administration legacy is increasingly looking like it will be responsible for an extinction event in our oceans.”

Turtle Island Restoration Network has offices in California, the Gulf of Mexico, and Hawaii, and fights to protect a range of species including sea turtles, coho salmon, whales, dolphins, and sharks.