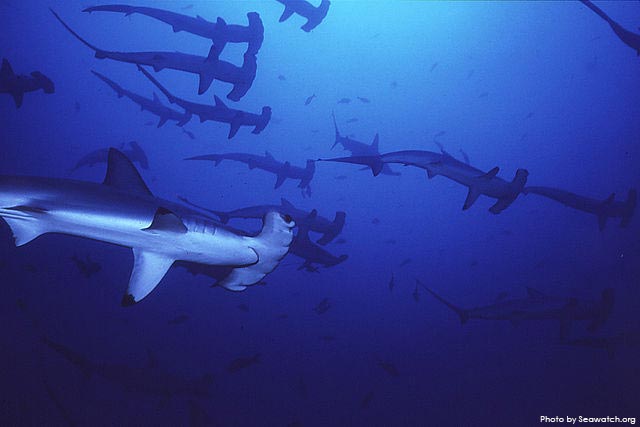 Quito, Ecuador (Nov. 7, 2014) – A record number of threatened shark species, including scalloped hammerhead sharks and thresher sharks, will be granted greater international protections in part due to Turtle Island Restoration Network’s efforts at the 11th Meeting of the Conference of the Parties in Quito, Ecuador.[1]  The Convention brings together governments, non-governmental organizations and experts to discuss the conservation of migrating species, like sharks, ending with government delegates voting on which species will gain protections under the United Nations Environment Program (UNEP) Convention on the Conservation of Migratory Species of Wild Animals (CMS)appendices.

Turtle Island attended the treaty meetings and met and provided expert advice to delegates from many nations through its participation in side events, and through direct discussion with government officials.

“Threatened shark species, like the scalloped hammerheads we study and work to protect, will now have the conservation support of nations,” said Todd Steiner, the executive director of Turtle Island Restoration Network. “This is an exciting moment that we hope will lead to improved fishing practices and greater international cooperation to benefit sharks.”

“I am extremely excited to see the listing of the scalloped hammerhead shark, a species I have scuba dived with and studied for years,” said Alex Hearn, conservation science director of Turtle Island Restoration Network. “This is a species of shark that will truly benefit from international protection,” he added.

“Turtle Island is honored to have participated in this historic event and is eternally grateful to its members and supporters for providing the resources to contribute to the protection of these magnificent species,” Steiner said.

“The work has only just begun, as many pressures exist due to the many interests at stake”, pointed out Randall Arauz, of Turtle Island’s sister organization PRETOMA, which is based in Costa Rica.  “If we don’t act now, it will be impossible to restore the populations of these threatened marine species, which are vital for the function of the marine ecosystem, and upon which humanity itself depends on,” he added.

Turtle Island, partner groups and many nations successfully advocated for the listing of the following species on U.N. CMS treaty: Thresher Sharks, Scalloped Hammerhead Sharks, and Great Hammerhead Sharks. All shark species proposals will be officially incorporated into the CMS’s Appendix II on November 9, 2014, the final day of the Conference. 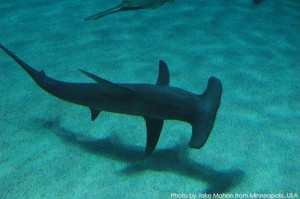 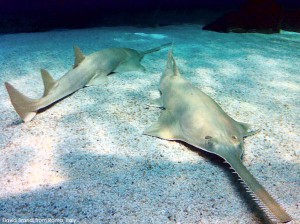