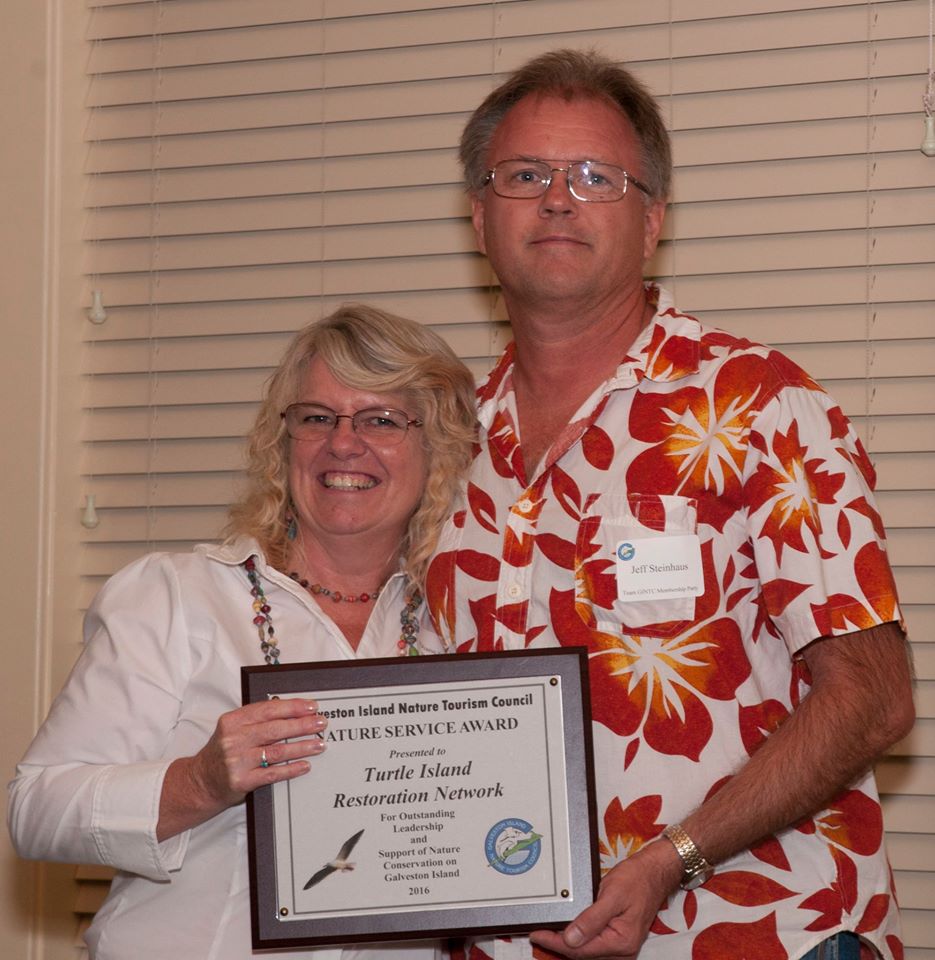 By Turtle Island Restoration NetworkAugust 3, 2016Resources for the Media, Sea Turtles
No Comments

Galveston, Texas (August 3, 2016) – Galveston Island Nature Tourism Council awarded Turtle Island Restoration Network the GINTC Nature Service Award for 2016. The award was given to Turtle Island for our work advocating for sea turtle and the environment in Galveston, Texas. Specifically, GINTC was impressed with our work on the ‘Bring the Bag Campaign’ with Surfrider Galveston, and with our overall ability to work together with other organizations to raise awareness for endangered sea turtles that visit and nest on the Island.

“Our community is a small island, and for someone to come in to it and make as much progress and impact as Joanie [Steinhaus, the Gulf of Mexico Director for Turtle Island] has is really quite remarkable. Joanie has done a great job of making sure that people on the Island are aware of sea turtles and the issues surrounding them,” said Julie Ann Brown, Executive Director of GINTC.

The GINTC Nature Service Award, “is given to an individual or organization that has given credible service to some aspect of Nature on the island or surrounding area serviced by GINTC.” Turtle Island was nominated by a member of the GINTC Board, and selected by the GINTC Executive Committee as the 2016 recipient.

“Turtle Island is honored to receive this award, and will continue working to ensure that residents and visitors alike are aware of what they can do to help protect Galveston’s endangered sea turtles and environment,” said Joanna McWilliams, the Director of Communications for Turtle Island Restoration Network (seaturtles.org).