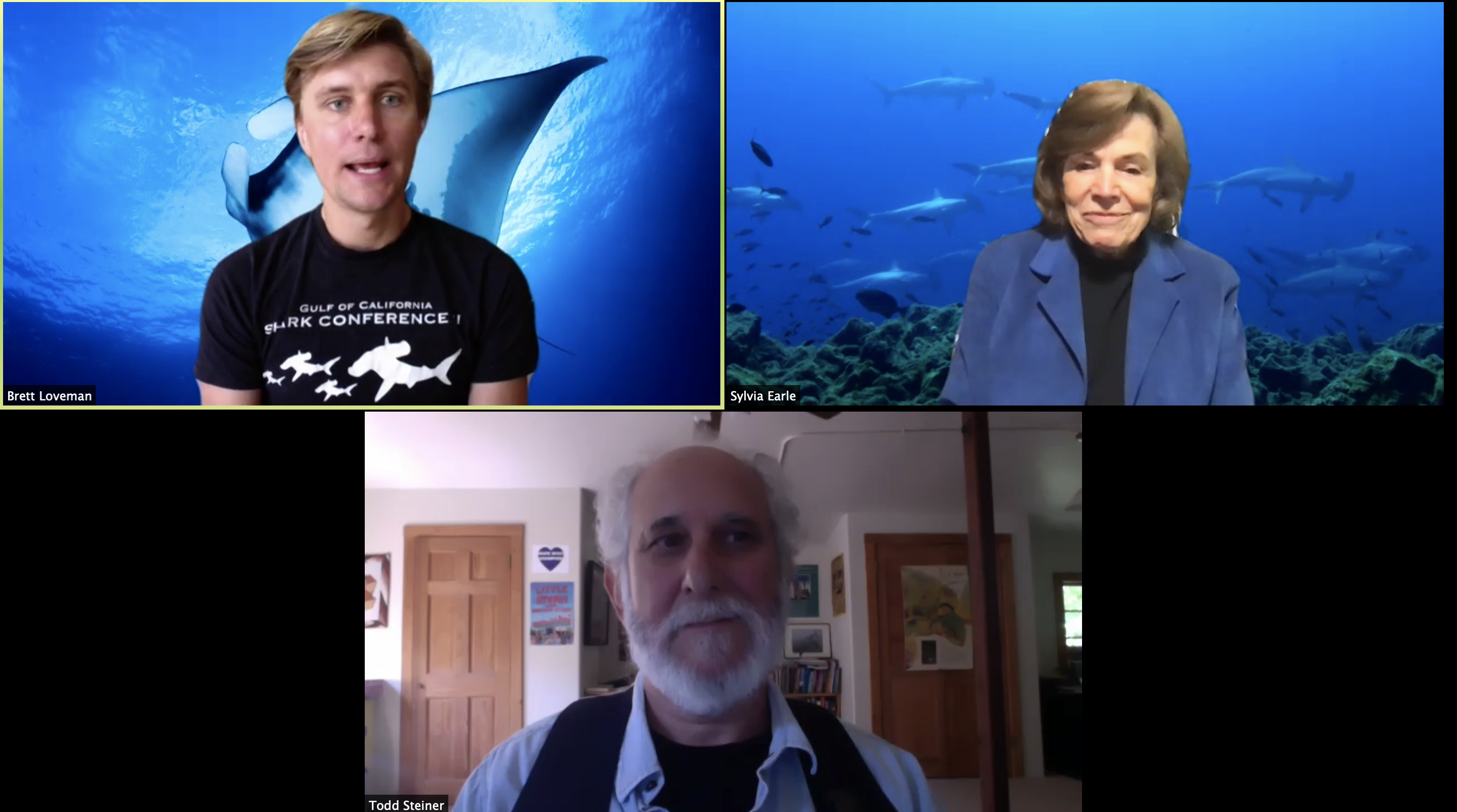 Dr. Sylvia Earle, Founder of Mission Blue, says, “I had an opportunity to meet sharks in the Galapagos in 1966. I thought I had found the sharkiest place on the planet: hammerheads, Galapagos sharks and silkies – it’s this magical place that clearly was important not just for sharks, but for a rich diversity of life. In 1972, I had an opportunity to visit Cocos Island. In between those islands, there’s a lot of water. We know now that the sharks travel not just between Cocos and Galapagos, but all over. They find food all over the ocean in which they travel. It’s important to think like the sharks, the sea turtles and the various forms of life that are not just found in places where we’ve named and claimed territory. We must consider the creatures that occupy this liquid space that we call the ocean and realize that if we were to take action to protect them, it’s not good enough that Cocos and Galapagos have an area of a safe haven around them. What about the space in between? That has to be protected too. That’s the underlining rationale.”

MigraMar, a network of groups conducting scientific research to better understand and safeguard marine migratory species in the Eastern Tropical Pacific, revealed endangered and threatened marine species like whale sharks (Rhincodon typus), green sea turtles (Chelonia mydas), silky sharks (Carcharhinus falciformis), and scalloped hammerhead sharks (Sphyrna lewini), use this swimway to migrate between the marine reserves. When these species leave the protected areas, however, they enter the open ocean where they are at grave risk to industrial fishing.

“This advances our thinking about how to protect highly endangered migratory species which do not stay put in a single locale like the Galapagos or Cocos marine reserves,” said Todd Steiner, executive director of Turtle Island Restoration Network, a global ocean conservation nonprofit that is part of MigraMar who nominated the Swimway as a Hope Spot. “By expanding these marine protected areas and actively working with the governments of Costa Rica and Ecuador along with several additional partners to create the first bilateral agreement, we will allow endangered species to migrate safely outside the small marine protected areas and connect two sovereign nation’s marine National Parks, something we hope will be a blueprint that is copied across the globe.”

Cocos Island and the Galapagos Islands have regulations that control how people and commerce can interact with the islands. Despite these restrictions, conservationists face several challenges in protecting Cocos Island National Park and the Galapagos Marine Reserve. The area’s abundance of fish and other wildlife lead to frequent Illegal, Unreported, and Unregulated (IUU) fishing, also known as poaching, and is considered one of the largest threats to these protected areas. This poaching also harms other species like dolphins and sea turtles via bycatch. A lack of funding has hindered protection efforts, and the Cocos Island marine protected area is too large and too remote for the Costa Rican Coast Guard to patrol all the time. Similarly, the Galapagos Marine Reserve covers an area of about 80,000 square miles and is also very difficult to patrol effectively. There’s been pushback from the fishing community surrounding enforcing and increasing these areas.

Help Make the Swimway a Reality!

Sign up for Turtle Island Restoration Network’s emails to receive action alerts and updates on creating the Cocos-Galapagos Swimway.