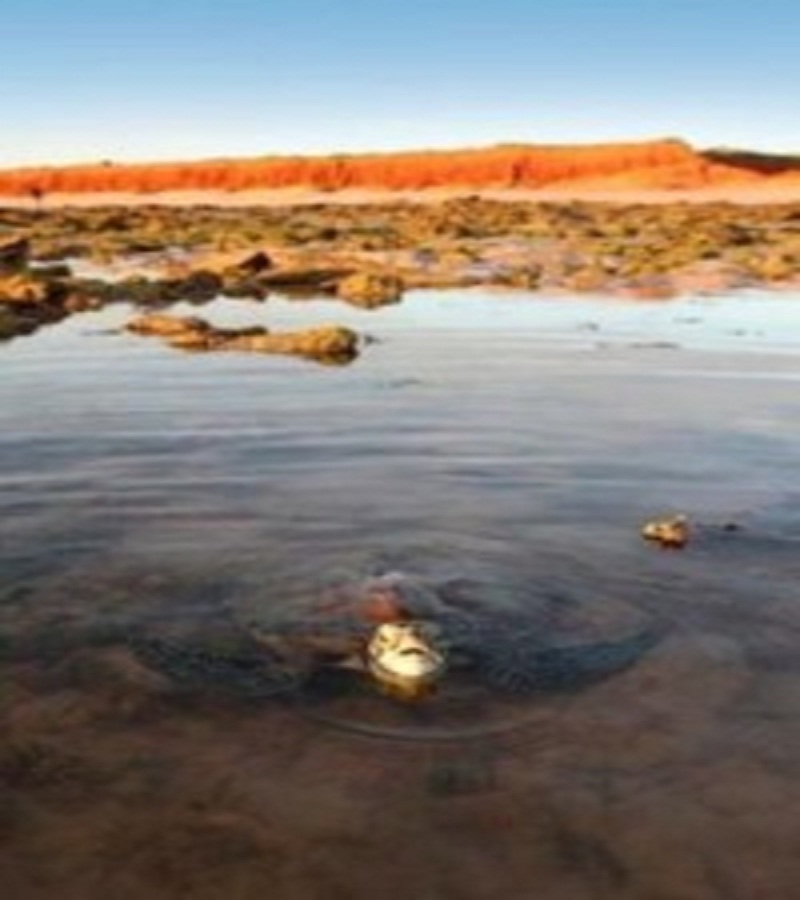 The decision to give final environmental approval downplayed the 240 appeals by individuals and conservation groups including SeaTurtles.org, which highlighted the devastation the fossil fuel facility would cause to sea turtle nesting, feeding and migratory habitat.

Even with additional environmental requirements, no level of strict conditions will prevent massive damage to sea turtles, whales, dugongs and Aboriginal cultural sites. Conservation and Broome community groups described as ‘pathetic and irresponsible’ Minister Bill Marmion’s decision to dismiss most of the appeals against the Environmental Protection Authority’s assessment of the James Price Point gas hub.

“Two days before I met with the appeals convenor, sea turtle researchers presented compelling science overlooked by the EPA that provided more evidence that the Browse project will devastate critical feeding and migration routes for threatened turtle species,” said Teri Shore, Program Director for SeaTurtles.org, an international ocean conservation organization based in California, who filed an appeal against the EPA approval of the Browse Basin gas hub. “And Broome community volunteers found more marine turtle nests walking the beach at James Price Point last season than high paid oil company consultants ever did. The EPA must examine all the marine science, not just pick and choose.” Read about Teri’s recent trip to the Kimberley here.

Satellite tracking of sea turtles has confirmed that six species of protected sea turtles rely on the Kimberley coast and James Price Point for annual nesting, foraging, and migration. The numbers of turtles that are likely to be displaced, injured or killed by the construction of a massive port, pipeline and processing facility was never assessed in the environmental review. The main protections called for to protect the vulnerable species is further study and a research program to document their demise.

The fossil fuel project is being forwarded by major oil and gas companies including Woodside Petroleum, BP, Shell, Mitsubishi and BHP Billiton. A final decision on the project will be made by the federal government and oil companies sometime in 2013.

California-based Chevron recently sold its interest in the Browse Basin project to concentrate on its other large LNG projects down the coast. Chevron’s Gorgon LNG facility is now under construction on a turtle rookery where several flatback sea turtles were found gashed and bleeding from construction equipment as they attempted to nest on Barrow Island. The sea turtles nesting there then swim to the Kimberley region to forage, if they survive.

Download TIRN’s follow-up letter to the meeting with the Appeals Convenor.

Download the final report on the Appeals from the Minister of the Environment.

In Western Australia, conservation groups leading the campaign to halt the Browse Basin project reacted strongly to the environmental decision in a press release issued separately on Tuesday, Oct. 30:

Peter Robertson, Western Australia’s state Coordinator for the Wilderness Society said, “All Environment Minister Marmion is doing by allowing the EPA’s sham assessment to stand (with some additional conditions) is make it increasingly necessary for the Federal Environment Minister to reject the failed WA assessment and require substantial new studies to be conducted prior to any decision on Commonwealth approval. This is the perfect example of why the Federal government should not hand over approval powers to the states, because they can’t be trusted.”

Martin Pritchard, Director of Environs Kimberley, said, “A record number of appeals were submitted against the EPA’s report and recommendations, in response to which Minister Marmion appointed ex-deputy Chair of the EPA, Dr Roy Green, as the ‘Appeals Committee’ to assess the appeals.

“Let’s face it the State Environment Minister was never going to say that the proposal was environmentally unacceptable. He would have been committing political suicide if he did because the Premier, who is also the Minister for State Development, is the proponent for the project. This is purely a political decision, it’s not a decision based on science,” said Mr Pritchard.

The Minister’s acceptance of the need for more studies on the project’s impacts on whales, dolphins, dugongs, turtles and sawfish simply proves that the EPA assessment was based on inadequate information and no approval should be considered until all these studies have been completed;

The growing number of ‘strict conditions’ proposed to be applied to the project won’t prevent its major, irreversible and unacceptable impacts and in fact only demonstrate that this is the wrong project in the wrong place;

There are now at least 29 major condition ‘headings’ with a total of over 160 separate conditions (a further ~17 have now been added to what the EPA proposed);

Dr Green told appellants during meetings that he could not recommend rejection of the EPA’s advice and call for a new, credible assessment, because to do so would be “futile – the Minister would ignore me”;

This is significant as Dr Green also told appellants in meetings that if he lived in Broome he’d oppose the project too. Conservation groups will ascertain how many of the 15 appeal grounds that were “allowed” by the Minister were appeals from Woodside or the Department of State Development seeking to weaken the original conditions.”