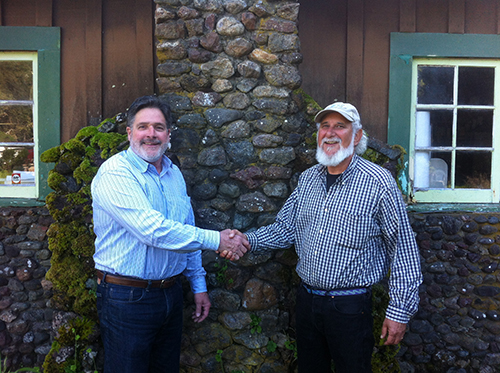 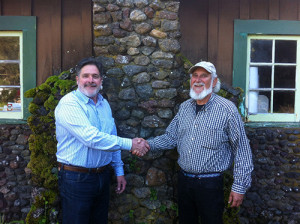 While the dark winds emanating from the White House are downright scary, we are making a fresh start to improve the  environment here in our local watershed.

The County district where our headquarters is based, and where we are working to protect and restore critically endangered coho salmon, has a new Supervisor for the first time in 20 years.

While our relationship with the past Supervisor was rocky at best – we were constantly embroiled in battle – asking him to enact science-based, common sense policies to protect salmon habitat – we are now excited to potentially have a partner in fish restoration with our newly elected representative.

His name is Dennis Rodoni, and he ran on a platform that included restoring our endangered salmon species.

Dennis was born and raised in Marin County where his family has lived for over four generations. He and his wife Judy have two daughters and two wonderful grandchildren. He and his family and have lived in Olema, the town where we are headquartered, for over twenty years.

His years of community service are long and considerable in both environmental protection and human services delivery. Dennis has served as the Chair of the Point Reyes National Seashore Association, been a member of the Golden Gate National Recreation and Point Reyes National Seashore Advisory Commission, Director and Treasurer of the Tomales Bay Association, and Chair of the non-profit Coastal Health Alliance.

Having Dennis on the Board of Supervisors goes a long way toward establishing a respectful and hopefully collaborative relationship with our County government. We also realize he is just one of five voices on the Board, and he will face a lot of pressure from development interests.

But if he is to live up to his campaign promise to restore Marin’s critically endangered coho population, he must move a science-based streamside protection ordinance soon, before it is too late to recover the population.

We will continue to grow, educate and mobilize our supporters to speak up for endangered coho salmon and to advocate for policies at all levels of government that give these noble species a chance at survival. We will continue our fight to keep laws that protects wildlife and human life. These include the Clean Water Act and the Endangered Species Act, which are both now under attack by the Trump Administration.

In these times of local and national political change, we need your support and actions more than ever! Please stay vigilant and active!