Spring has sprung in Marin County- so have the wild flowers and wild baby Coho salmon! 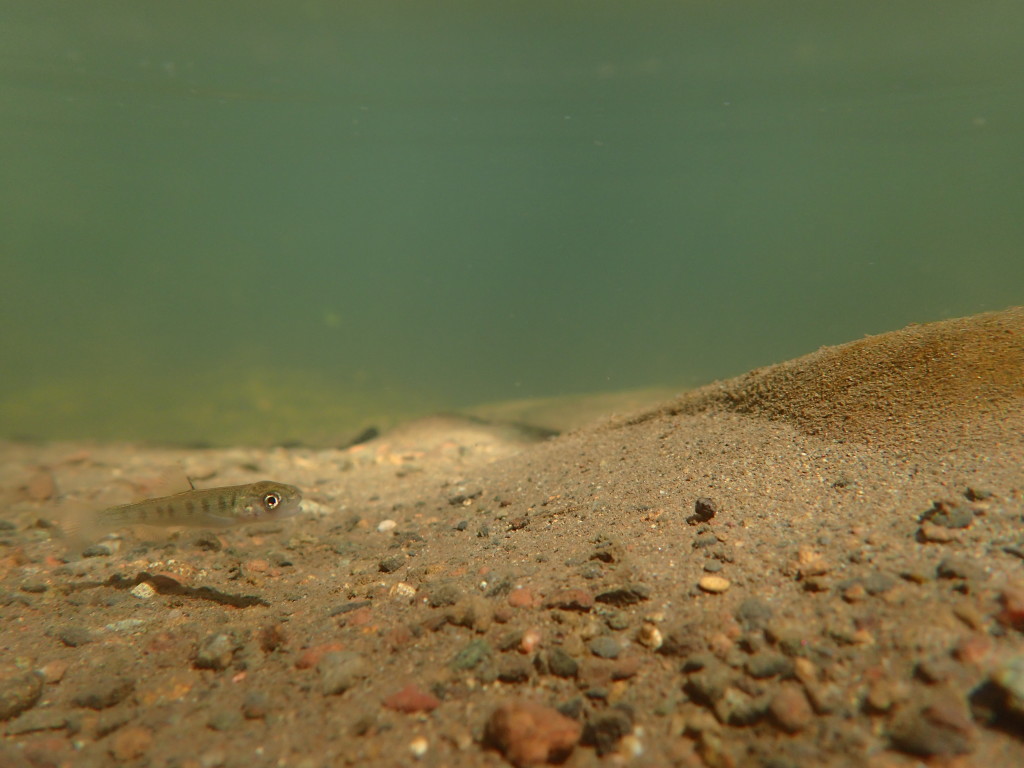 It has been a rough winter for everyone. When you’re a live fast and die hard Coho salmon using every last ounce of effort to reproduce, constant winter rain storms are a terrible way to end things.

Fishermen tales are starting to circulate that 90% of the California salmon population has now been decimated by the tidal wave of high creek flows following too many years of a warm, nutrient-poor ocean and spawning grounds in drought.

These rumors make it  extra special to spy Coho fry zooming around our creeks this past week. A “fry” is the stage in a salmonid life cycle when the fish has graduated from feeding off it’s egg yolk, wiggled out of the redd, and begun feeding on zooplankton. It is a beginning to a crucial first year of constantly eating to grow strong enough for a sea voyage and the one year to imprint on natal freshwater streams in order to return to spawn at three years old. 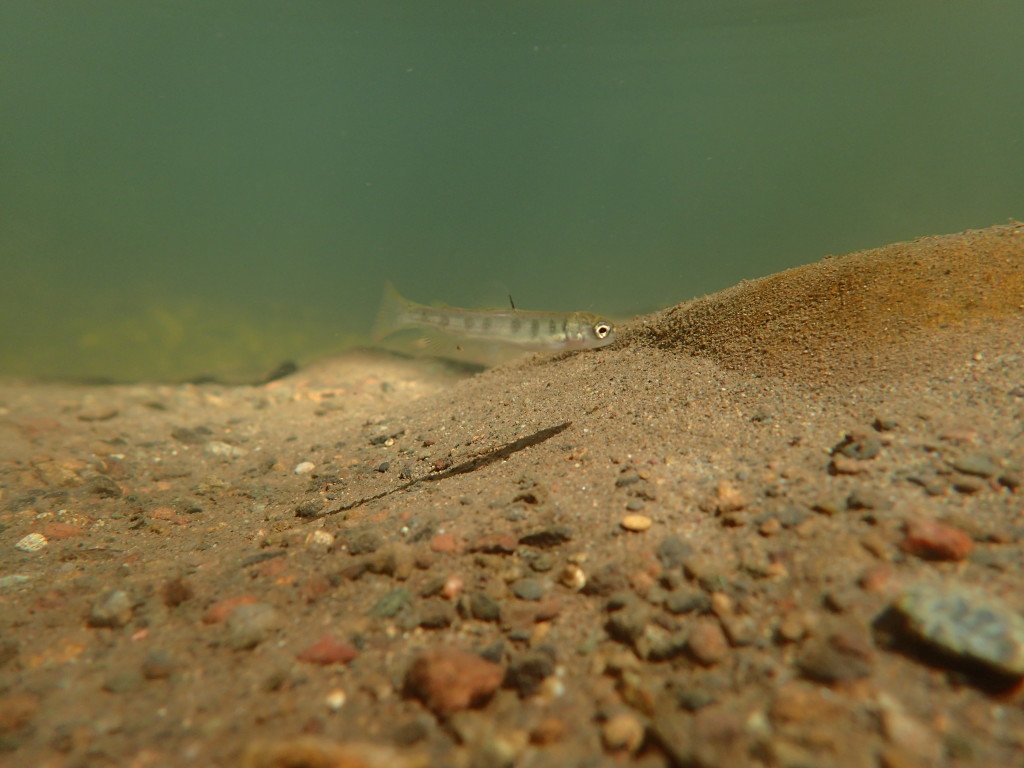 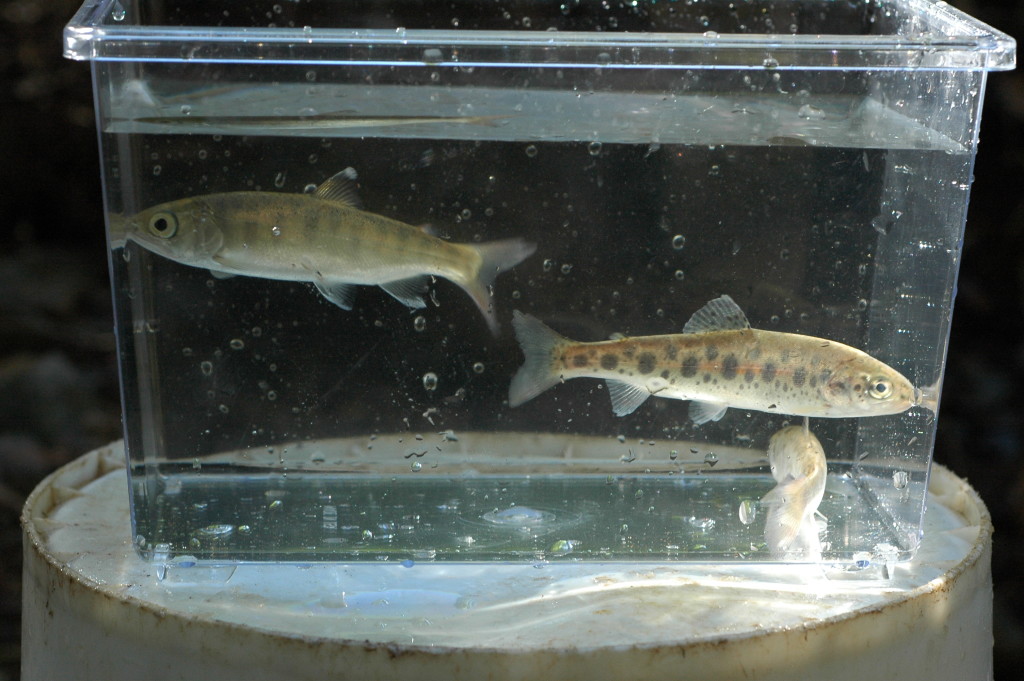 An instructional photo showing a Coho parr on the left and a Steelhead parr on the right.

If you would like a better look at Coho fry, check out SPAWN’s Facebook page to watch a video of Coho salmon fry feeding .

Learn more about juvenile salmon migration in the Lagunitas Watershed from our Smolt Monitoring 2017 page. 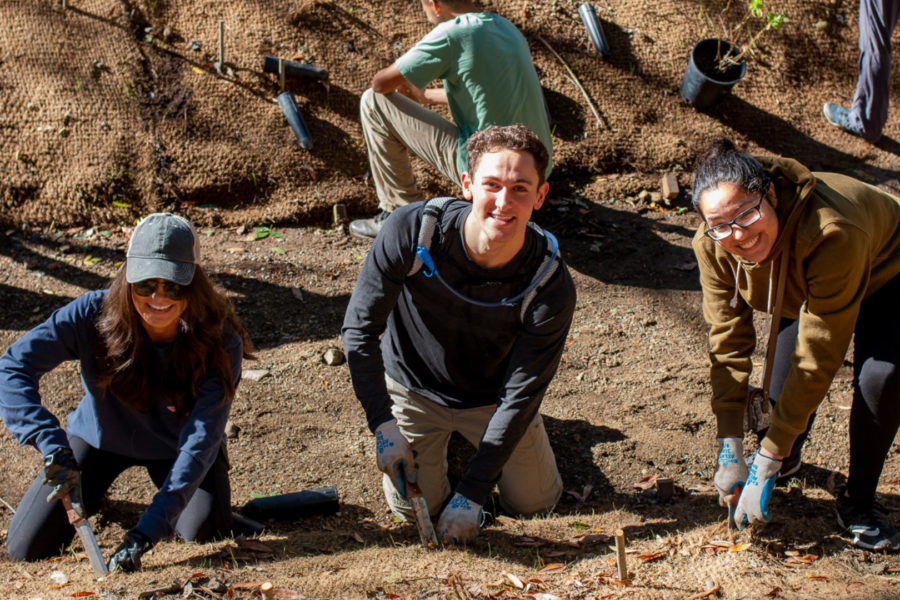 Take A Creekwalk with SPAWN Naturalists