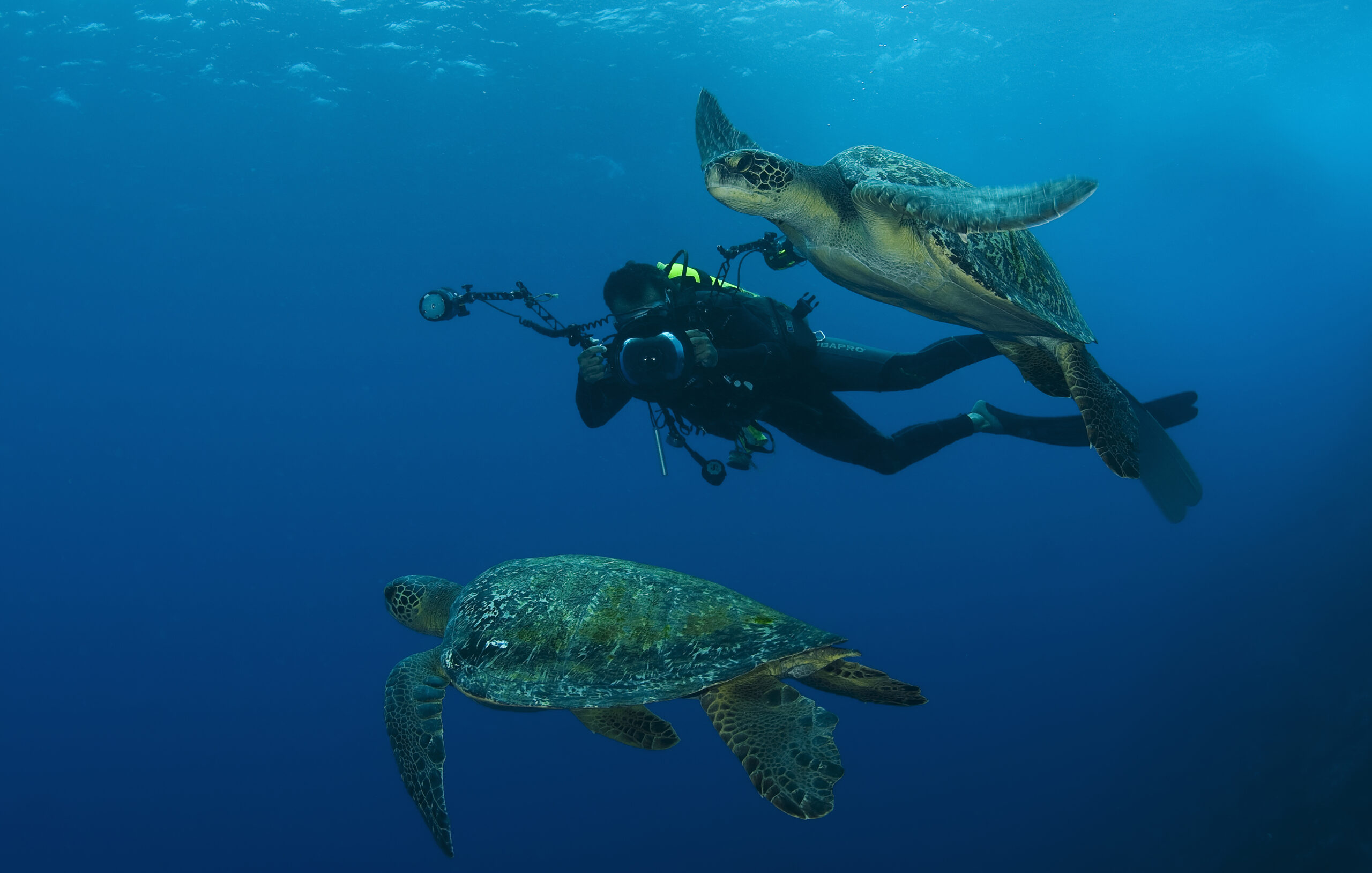 Citizen Divers Enlisted in Conservation Study of Sea Turtles And Sharks at Cocos Island National Park, the “Most Beautiful Island in the World”

This article was originally posted on National Geographic Society on August 16, 2013.

Jacques Cousteau called Cocos Island “the most beautiful in the world.” Located about halfway between Costa Rica and Ecuador’s Galapagos Islands, it is the only island in the eastern Pacific Ocean supporting tropical rainforest.

With peaks as high as 2,000 feet, it is also the only one with cloud forests. Six-hundred-foot-high cliffs punctuated by tree-lined bays form the shoreline. Waterfalls from abundant rainfall (nearly 23 ft/yr.) cascade straight into the ocean. The rugged landscape makes for stunning scenery.

What I found underwater, though, was much more impressive.

“Megafauna” — large-bodied species — congregate around the island. Its relative isolation, ocean countercurrents, wind patterns, and underwater seamounts combine to create an ecosystem that supports one of the most amazing displays of marine life on the planet.

The sheer abundance of large animals underwater found at one place was unfathomable for me before I visited Cocos. Experiencing the profusion of life at Cocos has expanded my imagination– allowing me to visualize what the oceans must have been like hundreds of years ago—before overfishing, pollution and acidification. 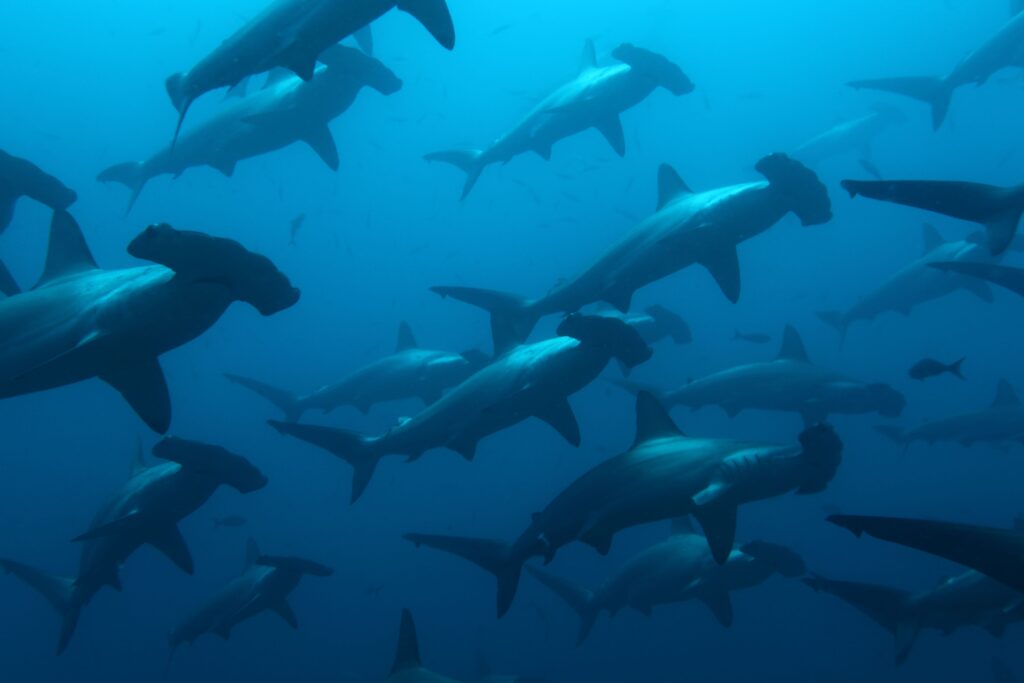 Seeing the schools of scalloped hammerhead sharks that number in the hundreds is truly amazing, and watching them line up at “cleaning stations” to have parasites removed from their gills by butterfly and angelfish is a doctoral dissertation waiting to be written.

On almost every daytime dive, I can see scores of whitetip reef sharks resting on the sand. At night I watch this species hunt in packs, having learned to use our diving lights to increase their success when hunting the shallow coral reef areas.

Tiger sharks, some more than 4 meters, started showing up recently in the shallow-sandy-coral ecotone, and we have spotted them chasing green sea turtles. This has apparently changed sea turtle behavior, making turtles less common in these habitats and more common in deeper areas.

Many other sharks occur are seen regularly seen in significant numbers– including Galapagos, silky, and blacktips, and the giant filter-feeding whale shark.

The rays are abundant too — marbled, spotted eagle, mobula, and majestic, giant mantas that glide by like silent stealth bombers. 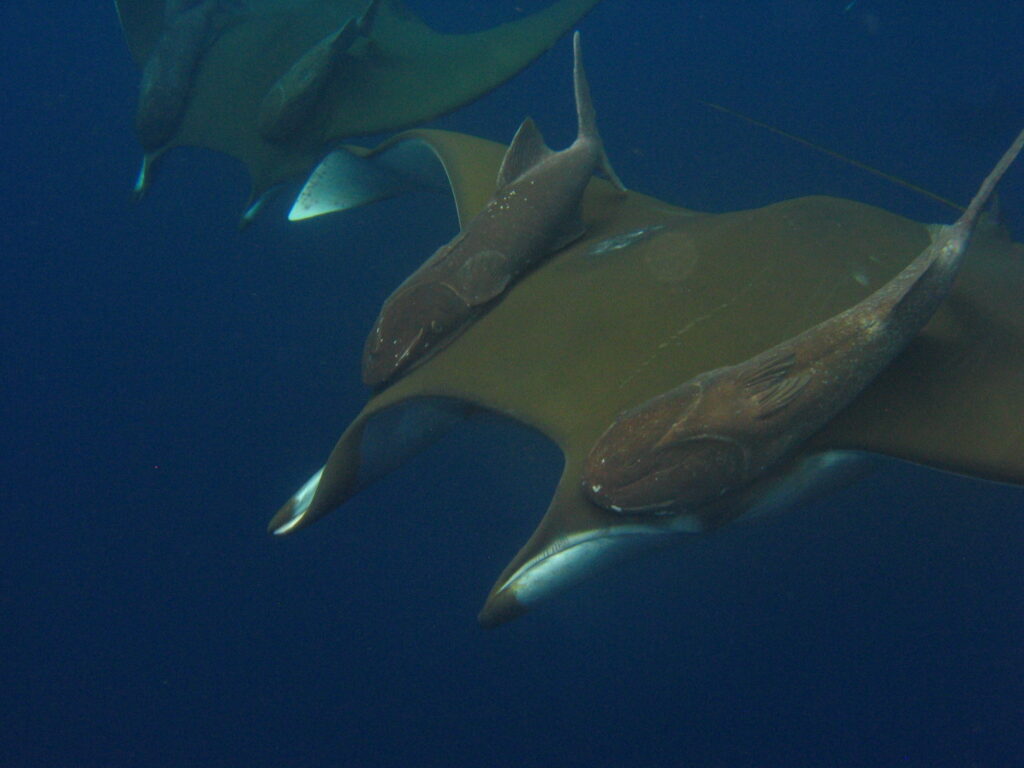 Cocos’ astounding abundance is further complimented by its species richness. At least 300 fish species, including 20 that occur nowhere else on Earth, dazzle the waters. 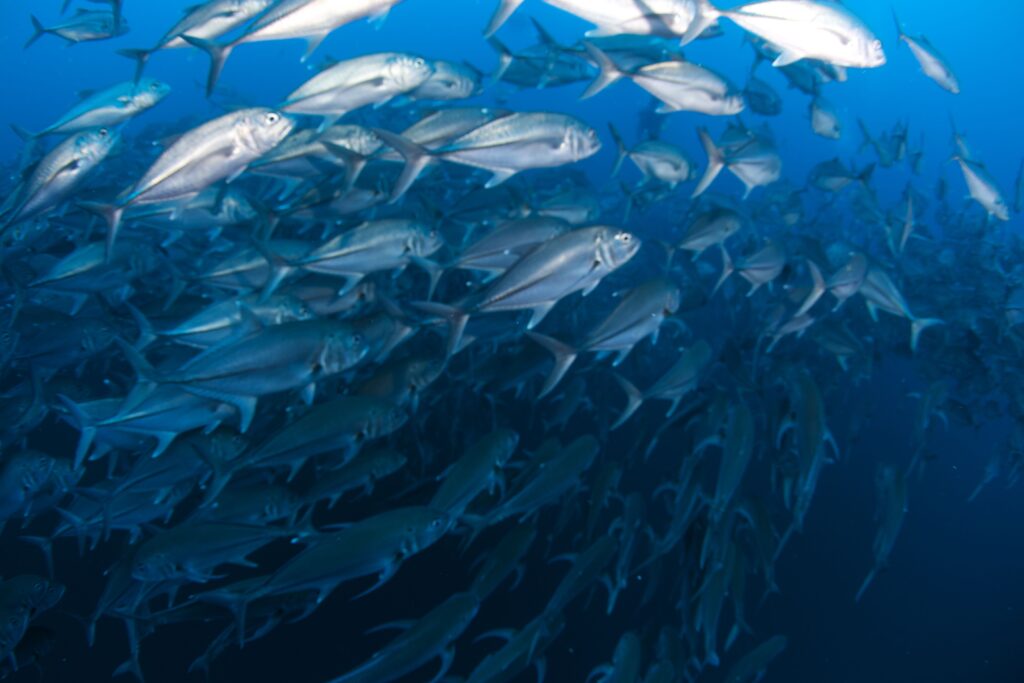 The waters also abound with marine mammals. Pods of bottlenose dolphins hunt with schools of yellowfin tuna, and humpback whales pass by Cocos on their annual migrations. Orcas were first spotted there in the fall of 2011 and Galapagos sea lions are occasional visitors.

Despite its remote location and designation as a Costa Rican National Park and a UNESCO World Heritage site, the waters of Cocos Island face the same threats as marine ecosystems everywhere, including illegal fishing within its borders.

Since 2007, Turtle Island Restoration Network (www.SeaTurtles.org) and PRETOMA (www.Pretoma.org) have been collaborating to collect data on highly migratory species that use Cocos Island for refuge. This information is being used to improve management strategies, and to encourage consideration of the creation of protected swimways for these species as they migrate between various “hotspots” in the Eastern Pacific that provide feeding, spawning and nursery grounds.

We are offering a unique and amazing experience opportunity for recreational divers to become citizen-scientists and work alongside and assist our team of marine biologists to understand the unique characteristics of the region — and to protect its underwater inhabitants.

Divers are expected to pay for their berth and food on expeditions to the islands, though their expenses may be tax-deductible. In exchange, they get the chance to participate in the research by catching turtles, conducting shark counts, photo-documenting, and recording data. The divers get to enjoy the underwater wonders of Cocos Island, while simultaneously helping to collect the necessary data to ensure proper management of the marine reserve.

It is a privilege and inspirational to dive at Cocos Island, and I am always eager to return!

What We Are Learning:

The green turtle population consists of sub-adult residents, and adults that eventually leave for the mainland. We have tracked individuals to the South American coast of Ecuador and Colombia, and to the Central American coast from Panama to El Salvador. Genetic analysis of the Cocos green turtles suggest this is a destination for animals hatched at sites throughout the eastern Pacific, stretching from the Galapagos Islands north to Mexico. Additionally, about 10% of the green turtles also appear to have originated from the Indo-Pacific region!

Based on our tagging, we now know that at least some individuals are moving between Galapagos, Cocos and Malpelo Islands. While at the islands, the hammerheads generally school around cleaning stations during the day, and make offshore excursions of up to several kilometers at night (presumably to feed).

Five tiger sharks have been tagged with satellite and acoustic transmitters at Cocos. The longest track was from a female, Grisel, who stayed at Cocos for 10 months, then moved north near the Gulf of Tehuantepec in Mexico, then off the coast of El Salvador and back out into the open ocean. She seemed to be looping back to Cocos when we lost the transmission – perhaps the tag failed, or the shark was fished.