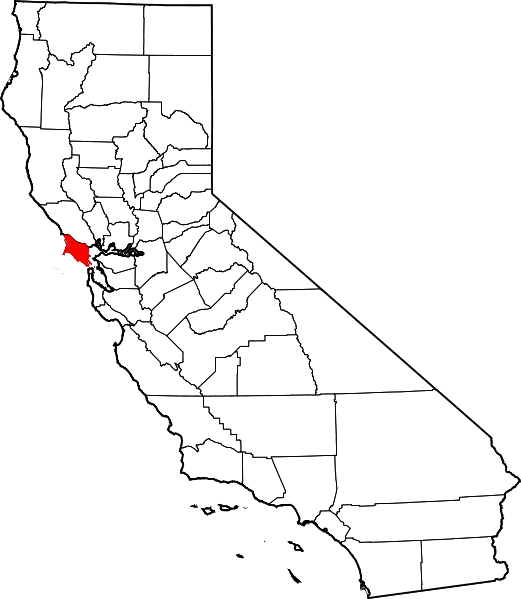 State Fair Political Practices Commission lawyers advised the county a week ago that because Supervisors Steve Kinsey, Katie Rice and Susan Adams own homes within 500 feet of the streamside conservation areas at issue, they are “presumed” to have economic interests in the rules.

County officials told a crowd of about 75 that appeared for a pivotal session about creekside development that the hearing would be postponed to Oct. 29, pending a round of discussions between county lawyers and the state.

If the state sticks to its opinion, Marin’s creekside law might hinge on a straw vote. In that case, straws would be drawn to determine which of the three supervisors

near creeks would be designated to vote with the two board members without conflicts, according to County Counsel Steven M. Woodside. In such a vote, board action would require three affirmative votes, he added.

But Woodside said the county disagrees with the state and will press its case that the matter qualifies for an exception under which the three board members are deemed to have only an indirect interest, with no material financial stake, in creek regulations.

Nevertheless, Woodside advised the county board to delay consideration of the regulations until the legal cloud is lifted.
“You would be taking a great risk, the three of you, if you take this up today,” he told the supervisors.

“This is terribly disappointing,” said Supervisor Kinsey, who had hoped to win accord for an interim program limiting creekside rules to San Geronimo, rather than imposing them countywide, without revising the countywide plan.

Kinsey said that after attending an ethics course public officials take every two years, he asked county lawyers last spring if his ownership of a home near the creek zone posed any conflict with creek regulations then under review by county planners. Woodside’s staff mailed a letter to the state outlining the situation on May 30. A reply dated Sept. 18 came back the other day.

“None of the members of the Marin County Board of Supervisors own real property that will be subject to this new zoning ordinance,” noted Zackery P. Morazzini, general counsel of the Fair Political Practices Commission. “However, three members of the board own real property that is within 500 feet of the relevant streamside conservation area setbacks covering other properties included in the proposed ordinance.”

Under the law, the three Marin supervisors have a “direct interest” in the outcome of legislation because they live within 500 feet of the boundaries of property subject to the decision, he added. Because the county has not “provided us any facts to rebut that presumption “… the financial effects on the real properties in which the board members have economic interests are presumed to be material,” Morazzini opined. He said an exception cited by the county did not apply.

Woodside said his staff will continue a vigorous review of the issue with Morazzini’s staff.

“Interesting!” said Todd Steiner, head of the Salmon Protection and Watershed Network, who agreed the matter presents a number of uncertainties and raises a host of questions. Earlier, another uncertainty arose when the county board began the day with an impromptu “urgency” closed session to discuss what officials regard as a new litigation threat from Steiner’s group concerning creekside issues. Details were not disclosed.

“Drawing straws is not a resolution!” said Susan Stompe, president of the Marin Conservation League, when asked for her assessment of the situation.

“What a disappointment!” declared Peggy Sheneman, a board member of the San Geronimo Valley Stewards, a homeowners group at odds with the salmon watershed network and strict rules regulating use of creek lots.

“We really wanted a vote on that ordinance,” she said, adding she was ” just sick” about the conflict tangle.

In any event, county planning advised last week that it’s going to take another year of staff work, an ombudsman and a citizens committee to resolve the creekside regulation controversy.

Additional review is needed of “ephemeral streams” or drainage areas that develop after rainstorms, then vanish, and more mapping of existing streams is needed, according to planning chief Brian Crawford. Further, officials must work on a “watershed enhancement program” dealing with education, homeowner assistance “and funding mechanisms to support long-term protection of habitat,” he advised the board in a report.

Resolution of the controversy has been elusive as staff recommendations for strict rules protecting fisheries have been rejected by the county board twice in the past three years.
Crawford has recommended that to lift a building moratorium imposed by court order in the San Geronimo Valley following a lawsuit by the salmon network, an “interim” creekside ordinance should be enacted. It involves a tiered permit system giving small creek projects a break while regulating vegetation removal and installation of “flatworks” like patios. But he left it up to the board to decide whether the law should apply countywide or just to San Geronimo.