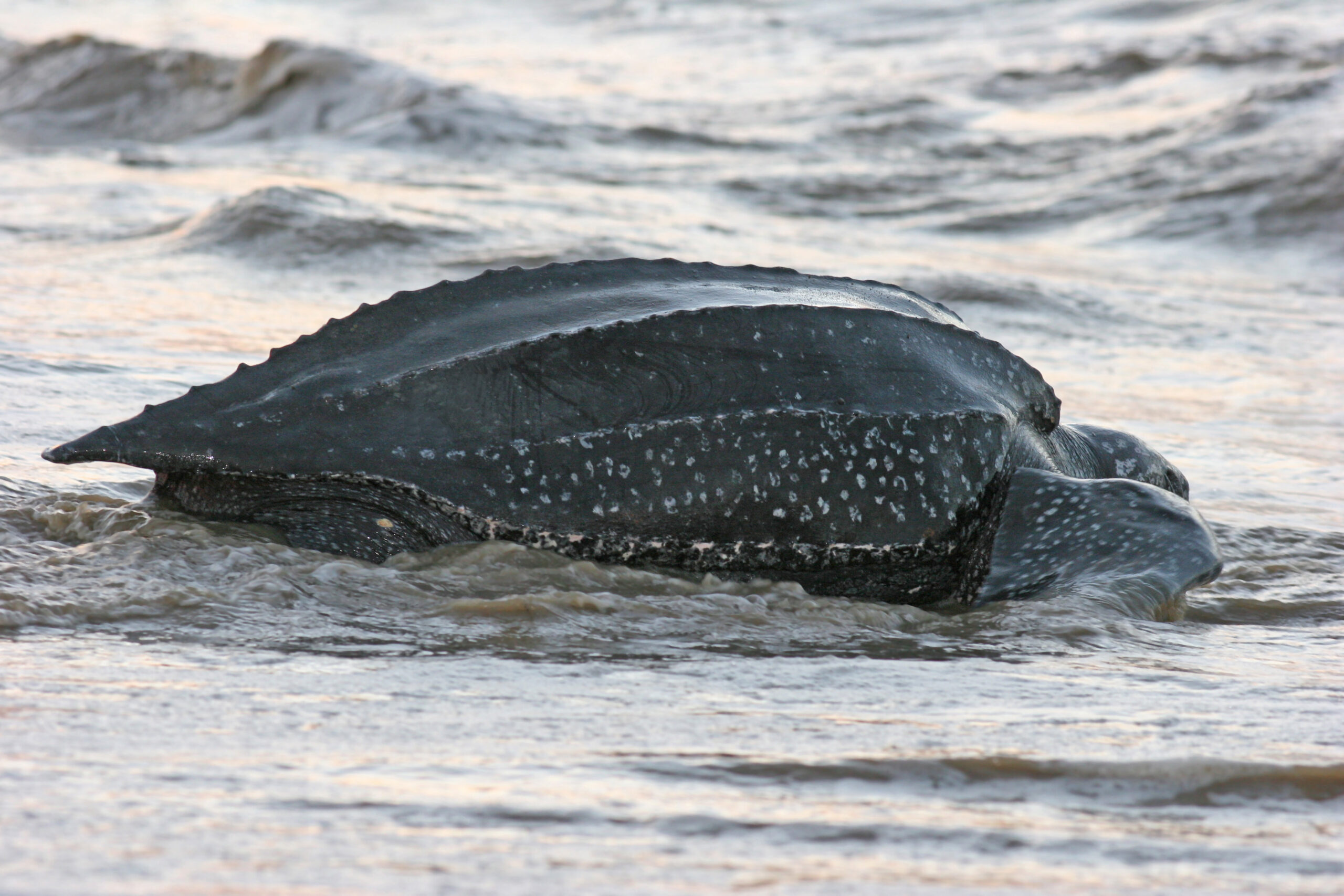 The California Fish and Wildlife Commission will decide on October 14 if leatherback sea turtles should be listed under the state’s Endangered Species Act.

The vote is in response to a petition filed by nonprofits Turtle Island Restoration Network and Center for Biological Diversity. In August the California Department of Fish and Wildlife released its own recommendation to list the turtles.

“California’s upcoming decision is a critical step in recovering one of California’s most giant, gentle and unique marine species,” said Todd Steiner, executive director of Turtle Island Restoration Network. “We must redouble our efforts to save leatherbacks from going extinct by eliminating the threats they face; commercial fishing, pollution and climate change.”

Adult leatherbacks feed on jellyfish off the Central California and Marin County coast during the fall and migrate back west across the Pacific Ocean to beaches in Indonesia and Solomon Islands where they reproduce and females lay their eggs. Off the West Coast, sea turtles are caught and killed in state fisheries including drift nets, set nets and crab pots.

Protecting leatherbacks under the California Endangered Species Act would make them a state conservation priority. In June 2020 the California Department of Fish and Wildlife determined that increased protections may be warranted and began the status review.

Leatherback sea turtles were listed as California’s official marine reptile in 2012 by a bill sponsored by Turtle Island Restoration Network. The Center and Turtle Island sued the Trump administration after a fishing permit issued in 2019 exempted vessels from the federal ban on longline gear off California. Longlines stretch up to 60 miles, with thousands of baited hooks. A federal judge in Oakland ruled that the federal government had failed to adequately consider impacts on leatherbacks when it revived longline fishing, blocking the permit.