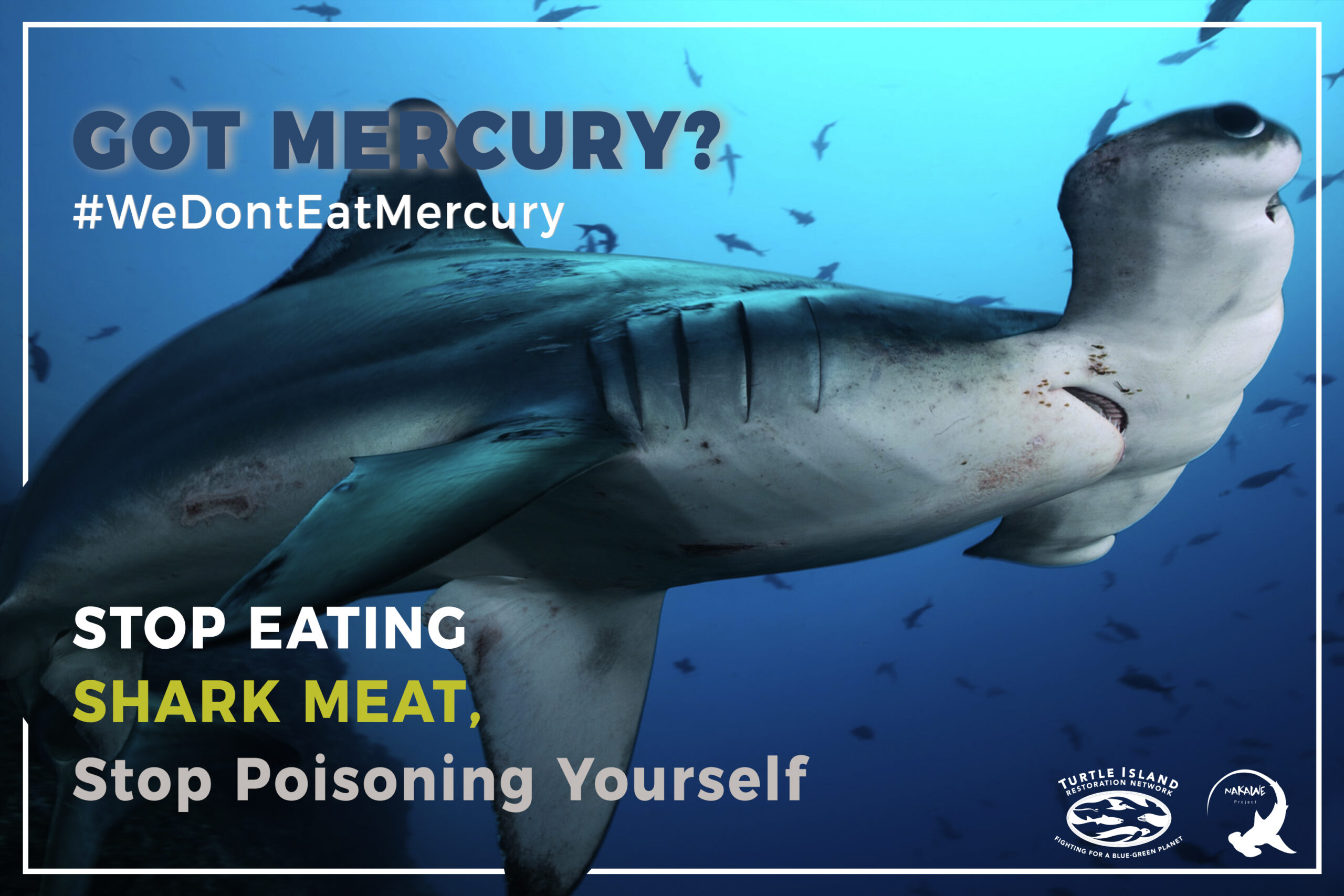 By Turtle Island Restoration NetworkJuly 6, 2017Got Mercury?, Sharks
No Comments

(Cabo San Lucas) – This month, two international NGOs have launched a campaign in Baja California, Mexico to warn seafood consumers about the health risks of consuming fish high in mercury, especially shark meat. In Mexico, 23,000 tons of shark meat are consumed annually despite the fact that shark meat is high in mercury, a neurotoxin that may lead to severe health problems. In addition to developing public education materials and a phone app, the NGOs will test shark commonly sold in supermarkets and restaurants and share the results with the public.

“People have a right to know about what they are eating and have the information to make a choice that is more healthful for their family,” said Peter Fugazzotto, Strategic Programs Director of Turtle Island Restoration Network. “Because of its high levels of mercury, I would never feed shark to my family.”

Shark meat is widely sold in supermarkets across the country but is labeled as “shark steak” or “cazon.” Because of this, Mexican consumers may not be aware that they are eating shark at all, let alone the health risks associated with the consumption of these products.

“The message is simple,” said Regi Domingo of the Nakawe Project who is coordinating the project in Mexico. “We don’t eat shark. We don’t eat mercury.”

To address the issue of shark meat consumption in Mexico, Nakawe Project and Turtle Island Restoration Network are launching the “Got Mercury ?” campaign, modeled after a successful program in the United States.

The primary goal of this collaborative project is to educate Mexican citizens about the health risks associated with eating shark and other fish high in mercury. By reaching out to Mexican citizens and providing them with the education and tools to understand the toxins shark meat contains, we hope to reduce the amount of shark meat consumed in Mexico.

Mexicans can use a free, easy-to-use online application to calculate how much mercury they may be exposing themselves. The calculator is found at: http://seaturtles.org/gotmercury_html/espanol/