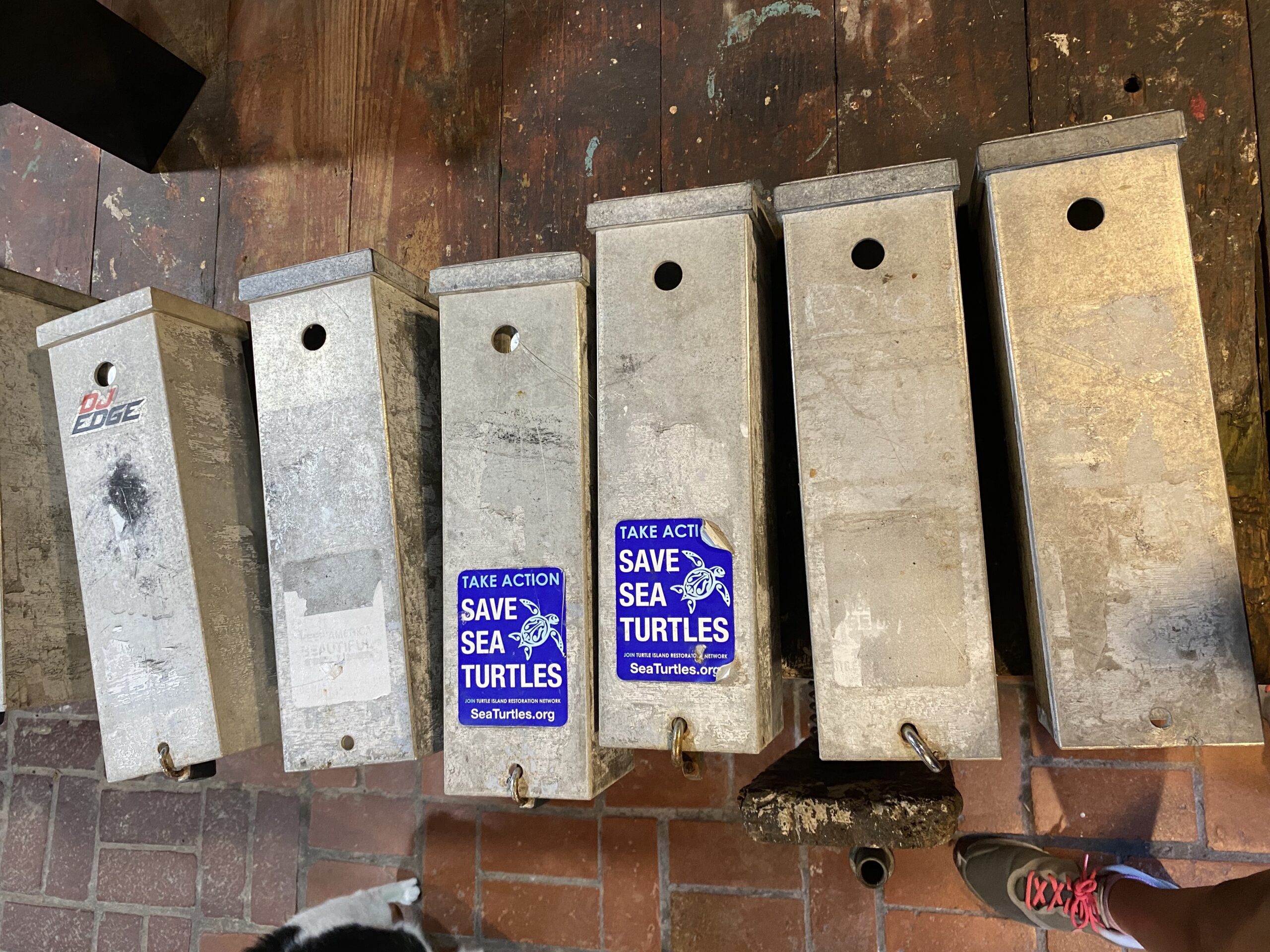 Turtle Island Restoration Network (TIRN) and Surfrider Foundation’s Galveston Chapter are working to reduce the enormous number of discarded cigarette butts on the island’s beaches, streets, and sidewalks by installing at least 50 butt cans as part of the “Hold On To Your Butt” (HOTYB) program. The groups joined forces to expand the program thanks to a generous grant from Keep Galveston Beautiful. The program will collect the butt litter at a number of locations on the seawall, downtown, in parks, and on fishing piers throughout Galveston Island. The program will also launch a recycling program, create a public education and outreach program, and engage volunteers in citizen science — volunteers will collect data and send the butts to be recycled by TerraCycle.

Cigarette butt litter is the most common form of litter found in beach cleanups and the filters in the butts are made from plastic. This litter is unsightly and is dangerous to marine life; birds and fish accidentally ingest it thinking it is food and the hazardous chemicals from one butt contaminates two gallons of seawater, making it lethal to small marine life like crustaceans. Unfortunately, cigarette butts have become an almost socially acceptable form of litter.

“Galveston is an island, any litter that goes on the ground whether on the beaches, sidewalks downtown, or neighborhood streets will be washed into the storm drains when it rains, and eventually end up in the bay and ocean,” said Kimber De Salvo Anderson of Turtle Island Restoration Network. “Through community science and expanding the HOTYB monitoring program, we can assess the extent of Galveston’s cigarette butt pollution problem, bring public awareness to it, and educate the public on how to combat it.”

In 2017, TIRN initiated their Cigarette Butt-ler program by installing 18 cans at popular fishing piers on Galveston, Galveston Island Fishing Pier, 61st Street Pier and Seawolf Park, to help encourage community members to properly dispose of their butt litter. In 2020, Galveston Surfrider launched their HOTYB program to educate visitors and residents about the dangers of cigarette butt litter to the environment and to provide receptacles for the disposal of that litter.  In just half of a year, HOTYB collected more than 5,000 butts from the first few cans installed in August 2020.

“Providing cigarette butt cans is a way to make it easy for folks to do the right thing, but probably the most important part of the program is just making people aware. Cigarette butts are plastic, they’re toxic, they take forever to decompose, and they’re ugly. Everybody benefits if you HOLD ON TO YOUR BUTT,” said Rob Glover of Galveston Surfrider.

If you want to make a difference on the island by reducing butt waste, contact hotyb@galveston.surfrider.org to volunteer.

Turtle Island Restoration Network is a nonprofit organization that works to protect and restore populations of endangered sea turtles and marine biodiversity on the Texas coast and throughout the Gulf of Mexico. www.seaturtles.org/gulf

The Surfrider Foundation is dedicated to the protection and enjoyment of the world’s ocean, waves and beaches, for all people, through a powerful activist network.  galveston.surfrider.org