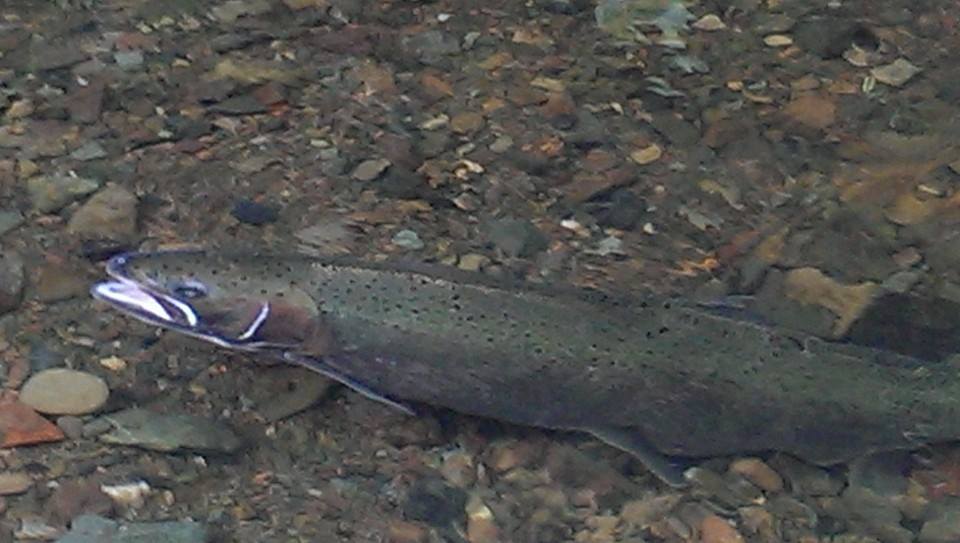 Marin Voice: A Crossroads for Coho in Marin

Fifty years ago this was reality. Four years ago, fewer than 30 salmon nests were counted.

Just this month the Marin Board of Supervisors voted to purchase a tax-delinquent creekside parcel in the San Geronimo Valley to protect the creek — the very same parcel where the board approved development of a 4,400-square-foot house/garage just 20 feet from the top of the creek bank in 2003.

The house was never built and the habitat is now available to be restored for endangered coho salmon because SPAWN — the Salmon Protection and Watershed Network — challenged the county’s illegal permit authorization in state court and won.

Years before asking the court to intervene, SPAWN began urging the Board of Supervisors to create a science-based, common-sense creek protection ordinance to protect Marin’s coho salmon critical habitat, but our advice was disregarded.

The fact that this parcel will now be protected is a positive step and SPAWN applauds the county for taking this action.

But it is not enough to save Marin’s coho salmon.

In 2005, the collapse of coho salmon populations led the National Marine Fisheries Service to list the species as “endangered.” According to the U.S. Fish and Wildlife Service, “[i]n simple terms, ‘[e]ndangered’ species are at the brink of extinction now.”

According to the U.S. government’s “Coho Recovery Plan,” the current threat posed by urban development is “very high,” and is the leading threat to the survival of Marin’s coho salmon.

Yet, just two years after the endangered species listing, the Board of Supervisors voted for a countywide plan that allowed for major new development in the Lagunitas Creek watershed, the coho’s last stronghold in California.

In striking down the board’s development plan for San Geronimo Valley, the state Court of Appeals ruled that “future buildout in the watershed continues to pose a significant threat to survival of the salmonids.”

The court found that by approving the development plan the county acted unlawfully with “abuse of discretion.”

The court held that the environmental impact report was entirely inadequate because it “provide[d] no help to decision makers or the public to understand the likely consequences … of a build-out within the watershed,” failed to provide “rationally based estimates,” and, to add insult to injury, relied on “mitigation” to lessen the impact that was “deficient” in multiple respects. Most egregiously, the “mitigation” plan did not commit the county to actually taking any concrete action, and deferred any meaningful action into some indefinite future, in violation of state environmental law.

But all of our recommendations and proposals have fallen on deaf ears; our proposals, like the coho themselves, are the casualties of political expediency.

Instead of living up to Marin’s environmental traditions, the supervisors have kowtowed to a few politically well-connected benefactors who stand to gain from further development.

Now, the county is at a crossroads — supervisors can move swiftly to do the right thing and pass a common-sense ordinance and end its stubborn, protracted and expensive litigation — or it can continue to squander taxpayer dollars, already estimated at well over $1 million, on another study that is likely to cost another $500,000.

If the past is any indication, the county will likely ignore its own scientists’ study, leading to more expensive litigation and no lifeline for the beleaguered coho salmon.

If the people of Marin do not demand action now to protect our environmental legacy, Marin’s coho salmon will be lost in our lifetime, and we will lose an important part of our ecology and heritage. Let your voice be heard at http://bit.ly/CohoSalmonAction

Todd Steiner is a biologist and executive director of Forest Knolls-based SPAWN.

Read ‘A Crossroads for Coho in Marin’ online at the Marin Independent Journal.