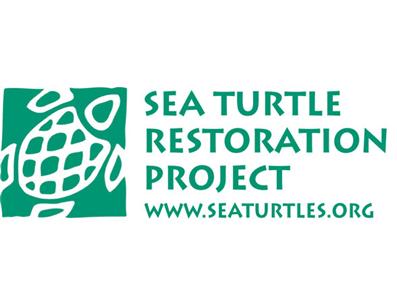 Environmental, scientific, sporting and angling organizations from all regions of the country today took concrete steps to further press President Bush, and seven of his Cabinet officers, on global warming and the growing potential of significant wildlife extinctions this century.

The diverse conservation groups filed a legal petition and citizens’ initiative under the Administrative Procedure Act to better protect endangered species from many current dangerous threats, particularly global warming, by fully implementing science-based recovery plans and actions. Experts are now virtually unanimous in agreeing the Administration must more forcefully account for harmful greenhouse pollution impacts upon almost all of nature – from high profile species such as the polar bear and Mexican wolf to countless other organisms and ecosystems. Just recently, petitioner Center for Biological Diversity filed papers in U.S. federal court to compel compliance by the Bush Administration on mandatory climate change reporting requirements, including those relating to biological diversity and human health.

“Global warming is a triple whammy for sea turtles due to temperature-dependant sex determination, nesting on sandy beaches, which will become inundated with rising sea levels, and change in ocean currents, which are critical to getting hatchling turtles to their feeding grounds,” said Todd Steiner, director of Turtle Island Restoration Network.

“It is now well-established that the first six years of the Bush presidency have not adequately addressed the major environmental threats of our time” said Bill Snape, senior counsel with the Center for Biological Diversity. “Our legal action today challenges the Bush Administration to turn ship and move beyond the non-binding global warming platitudes contained in the State of the Union address. This petition would allow the Administration to get constructively ahead of the extinction curve.”

Dr. Stuart Pimm, Professor of Conservation Ecology at Duke University (U.S.) and University of Pretoria (South Africa), added that “human destruction and fragmentation of natural habitats is causing species extinctions hundreds of times faster than normal. Climate change on its own will raise the rate to even higher levels. Worse still, the interaction of these two processes will be devastating. A species’ only hope is to move to cooler regions, something it cannot do when no suitable habitat remains along its intended path.”

This alliance of groups allege that the previous Secretary of the Interior, Gale Norton, mismanaged multiple millions of taxpayers’ dollars on federal projects that make climate change and related energy problems worse, and that significantly harm America’s wildlife and habitat. Today’s outreach to the Administration offers a way beyond the impasse, and getting ahead of the curve, by focusing on existing recovery plan requirements, sensible private and public incentives, and the emerging consensus on damaging climate change impacts.

In the previous Congress, the Bush Administration supported disastrous legislation introduced by former Rep. Richard Pombo (R-CA) that would have dramatically weakened protections for endangered species by eliminating critical habitat requirements, by polluting the “best available science” standard, and by eviscerating recovery planning mandates. Environmental and local citizens groups from around the country were united in their opposition to the Pombo bill, and many are now concerned that the Administration will turn toward the administrative process to weaken the ESA and related laws.

“We believe there are constructive solutions that can and must be initiated now so as to not fundamentally destroy the legacy we leave to our children and their children,” concluded the Center’s Snape.

A copy of the petition can be found at