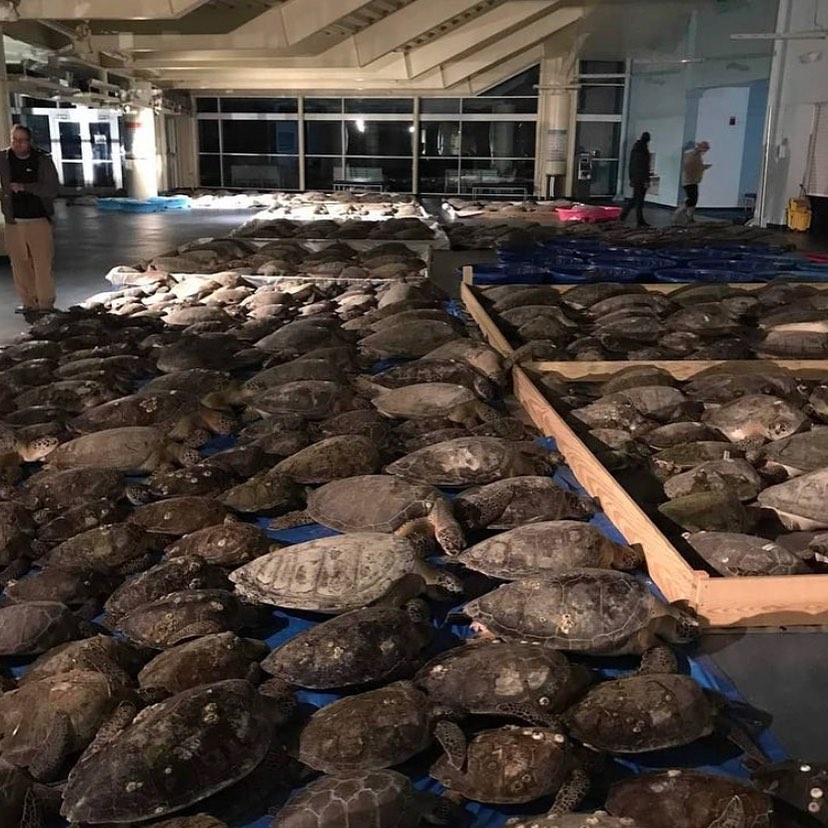 GALVESTON, Texas — Right now Texas is experiencing the largest cold stunning event ever recorded in the United States. Cold stunning occurs when sea turtles are exposed to cold water for an extended period of time. Because they are reptiles and rely on external sources of heat to maintain their body temperatures, they experience a decrease in heart rate and circulation causing them to become lethargic and wash ashore.

Many organizations and individuals are helping with efforts to find, document, rehabilitate, and release cold stunned turtles on the Texas coast. Cold stunned sea turtles can be transported to a rehab facility, placed in a dry tub and evaluated for any other existing health concerns. They will be warmed up slowly and, when appropriate, placed in water and closely monitored by rehab staff. Once fully recovered, the turtles are released.

Anyone working or recreating in Texas bays, channels, and passes please be vigilant for cold stunned turtles and report any that they see by calling the Texas sea turtle rescue hotline at 1-866-TURTLE5 (1-866-887-8535).

Turtle Island Restoration Network has sponsored the sea turtle hotline for the Texas coast for more than a decade, and continues to raise awareness of the need to report any nesting, injured or deceased sea turtle to the hotline along the entire Texas coast.