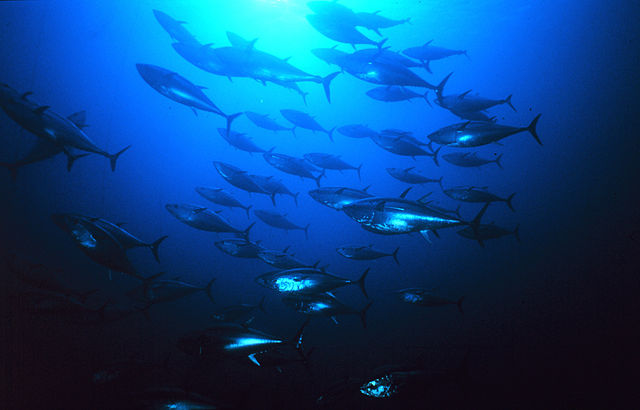 These GRAs—bluefin tuna spawning hotspots closed to pelagic longlining during April and May—were essential to protecting the primary spawning grounds for the western Atlantic bluefin tuna population. A new rule the National Marine Fisheries Service passed on April 2, 2020 removes the critical restrictions on pelagic longline fishing gear, which can stretch five to 40 miles and have as many as 30 hooks per mile.

“There is no legitimate scientific dispute that protecting spawning adults is necessary to ensure that this population can finally recover to robust, healthy levels,” the letter says. “As we have explained in prior comments and in our briefs, the GRAs proved enormously successful at reducing bycatch of spawning bluefin tuna and provided unique, additional benefits to the conservation of this important species.”

Earthjustice filed a lawsuit shortly after the rule was passed on behalf of Turtle Island Restoration Network and Healthy Gulf against the National Marine Fisheries Service, the National Oceanic and Atmospheric Administration, and the Department of Commerce.

Federal and international fishery rules have prohibited commercial fishers from targeting bluefin tuna in their spawning grounds. But fishing vessels were still allowed to kill a certain number of bluefin tuna as “bycatch” while fishing for other tuna species and swordfish. The monetary incentive to haul in a fish that’s so highly prized for sushi draws more commercial boats and threatens to undermine the struggling population. In 2015, the National Marine Fisheries Service addressed that threat by prohibiting the use of pelagic longline gear in specific areas of the Gulf of Mexico during April and May.

Federal data shows that keeping longline gear out of these critical areas makes a real difference. When new federal fishing restrictions were put in place in the spawning grounds in 2015, bluefin tuna deaths in the Gulf of Mexico dropped by 70%.