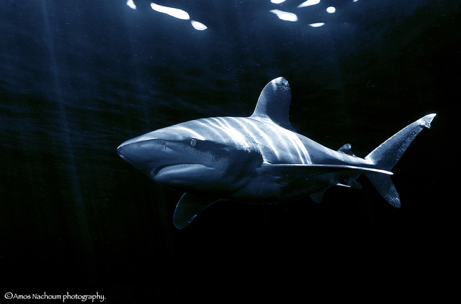 Thank you for protecting the oceanic whitetip shark!

Once abundant in our oceans, these animals are hanging on by a thread. Research suggests that the oceanic whitetip has suffered population declines of up to 80 percent. They get caught and killed in longlines and gillnets including in the Eastern Tropical Pacific where we are fighting to create a protected swimway. So much of this slaughter is fueled by the needless and cruel trade in shark fins.

NMFS’s decision means they recognize that drastic population declines of the oceanic whitetip shark are due to overfishing and bycatch.

This is a victory, but there’s more we can do to save shark populations. Help us end the driftnet fishery in federal waters off the coast of California. In the last ten years, an estimated 26,000 sharks overall were caught by this deadly fishery, with nearly 10,000 simply being tossed overboard.

The fishery was especially wasteful in its treatment of blue sharks. In the last decade, 8,186 blue sharks were caught, and an astounding 8,180 were discarded. Of those discarded nearly 5,313 were dead. The fishery also caught an astounding 8,000 common thresher sharks (a candidate species for listing under the Endangered Species Act) and is further jeopardizing shark populations.