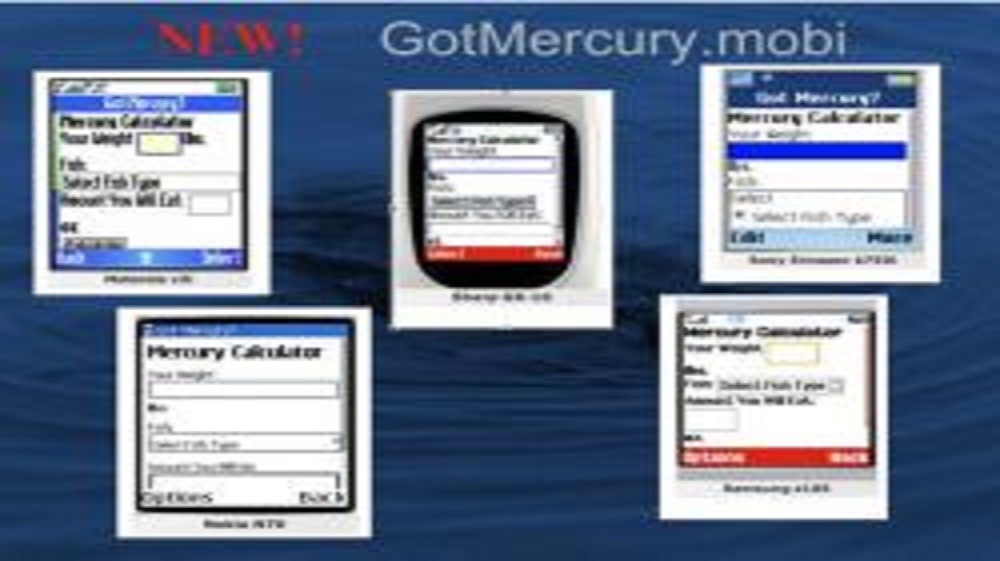 By Turtle Island Restoration NetworkOctober 20, 2008Got Mercury?
No Comments

Shoppers and diners can use any cell phone web browser to enter their weight and fish choice to estimate low, moderate or high level dose of mercury based on U. S. government guidelines. The cell phone calculator compliments the web version found at www.gotmercury.org Fish consumption is the primary source of mercury exposure in the United States.

“Sometimes it’s hard to remember which fish is low in mercury, but now seafood lovers can use their cell phones to check mercury levels before ordering seafood at their favorite restaurant or supermarket,” said Teri Shore, Program Director, Gotmercury.org, a project of Turtle Island Restoration Network.

Eating certain types of fish high in mercury such as swordfish, tuna (fresh, canned and albacore), shark, tilefish and king mackerel can pose health risks particularly for mothers, pregnant women and children, depending on how much is eaten, according to the U. S. Food and Drug Administration public health advisory.

The new version of the mercury-in-seafood calculator was released on the heels of the publication of a new book Diagnosis: Mercury by Dr. Jane Hightower and published by Island Press, that reveals serious health problems in people who regularly eat seafood that is high in mercury – and the failure of the U. S. government and seafood industry to adequately prevent exposure or inform the public.

“We need the mercury calculator more than ever as the seafood industry encourages consumption of unsafe levels of mercury-tainted seafood to maximize profits and the pro-industry, anti-health policies of the Bush Administration’s Food and Drug Administration, which continues to inadequately warn consumers, as Dr. Hightower’s new book exposes,” Shore said.

Mercury in the form of methymercury is a potent neurotoxin that can cause slow growth and lowered IQ, brain and kidney damager, cancer, and an increased risk of heart disease, according to numerous studies. As many as 630,000 or 15 percent of newborns in the U.S. are at risk each year of neurological defects due to mercury contamination, according to the U. S. Environmental Protection Agency.

The mercury-in-seafood calculator is based on exposure levels and seafood testing results published by the U. S. Environmental Protection Agency and Food and Drug Administration that were updated in January 2006. The Food and Drug Administration warns that pregnant women, nursing mothers, women who might become pregnant, and children should not eat swordfish, shark, tilefish, and king mackerel because of their high methylmercury content. The FDA also warns women and children to limit their consumption of tuna.

Nevertheless, the seafood industry continues to push toxic tuna and fish on the most vulnerable people and counter government warnings with junk science and myths to promote profits.

GotMercury advocates for the following reforms to address the mercury-in-seafood problem.

1. Supermarkets and restaurants should post warning signs that include the March 2004 U. S. FDA mercury-in-seafood advisory for women and children at fresh fish counters, frozen sections, and canned tuna sections.

2. The U. S. FDA should regularly monitor the nation’s seafood supply and the FDA should take action to remove fish from the market that are contaminated with 1 part per million (ppm) or more of mercury.

3. The U. S. FDA should reduce the action level from 1 part per million to .5 parts per million or less of mercury as Canada and Japan have already done.