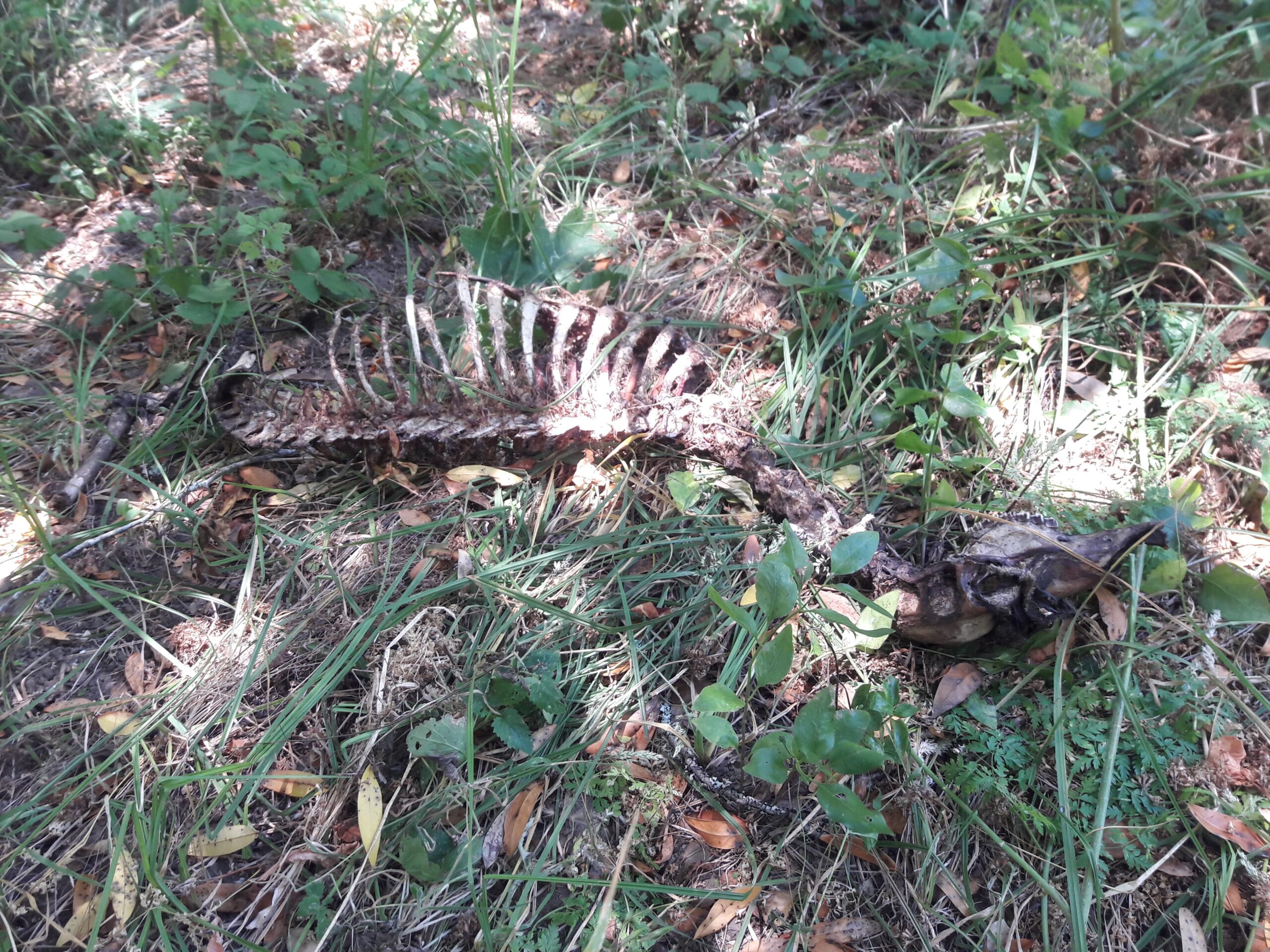 The Circle of Life (And Death)

When we went out to check our trail cams this last week, we were surprised to find a deer carcass just down the hill from one of our cameras. Sure enough, when we checked that camera’s photos, we had dozens of shots showing the various predators that came to scavenge.

Unfortunately, our cameras didn’t catch the actual attack, if there was one, so we’re not sure what killed the deer. Here at SPAWN we’re not much for necropsies, but if the deer didn’t die of natural causes, then it was most likely a coyote or a bobcat, both of which we caught there later.

First on the scene was Lynx rufus, the bobcat. It showed up on June 23 at 8:30 in the morning, and spent the entire day there, with a last photo at 6:25 p.m. Bobcats are solitary, like most felines, so we likely just caught photos of a single individual rather than multiple cats.

Two days later, a coyote (Canis latrans) made an appearance. It was around from 8:55 a.m. to 10 a.m. Thanks to this coyote, we knew for sure that at this point the deer carcass was there, as we caught a photo of it dragging a chunk of deer into the grass for a snack (Mild gore warning).

About 10 minutes after the coyote left, a whole flock of turkey vultures (Cathartes aura) appeared! They hung around until around 4 p.m., clearly having a field day with this deer carcass.

Given how quickly the turkey vultures showed up after the coyote left, and how many photos our trail cam caught of them, it seems likely that it was the coyote that made the kill. Otherwise, we would have seen scavengers in the two-day gap between the bobcat and the coyote. This is interesting, however, because we’ve never seen a bobcat hang around one area for so long. The photos we typically get are of them in transit, with only two or three photos at a time.

Overall, an amazing look at the circle of life and death that occurs in nature. Stay tuned for more amazing photos from the Lagunitas watershed!