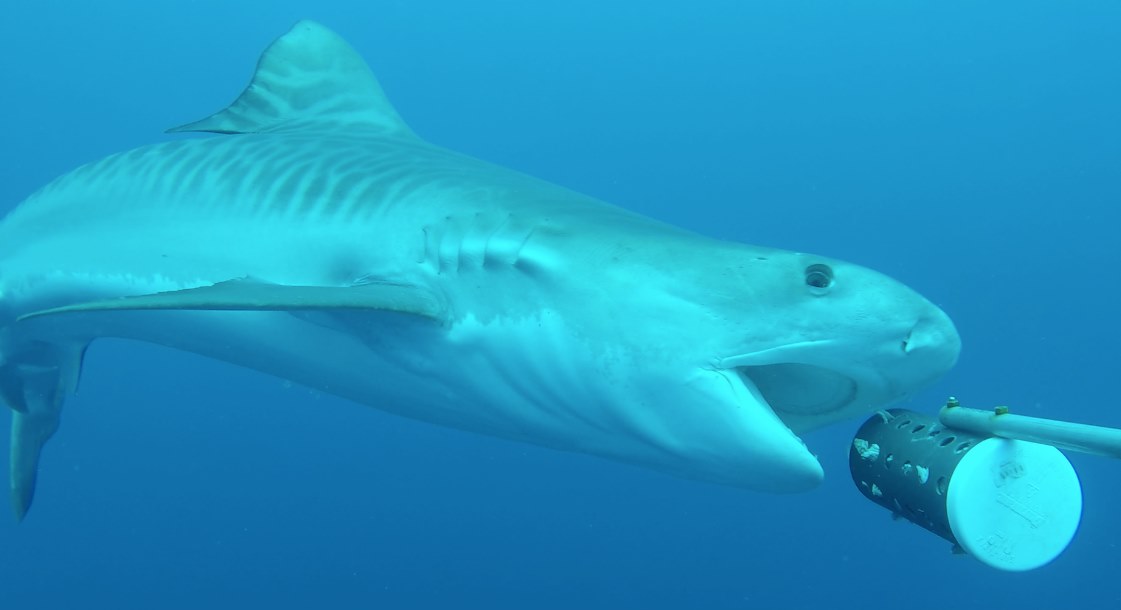 Tiger Shark Gets Up Close and Personal with 360° Underwater Camera

Scientists captured a 360 degree view of a tiger shark investigating an underwater camera in Cocos Island National Park today during a scientific expedition to support protecting the marine migration route between Cocos Island in Costa Rica and the Galapagos Islands in Ecuador.

The expedition follows the Cocos-Galapagos Swimway, a marine “migration highway” that connects the UNESCO World Heritage sites to protect endangered species that are captured and killed by industrial and illegal fishing when they leave the protected areas of Cocos and Galapagos.

The expedition will stop at six defined locations where scientists will carry out satellite and acoustic marking of fish and marine mammals, underwater video sampling (BRUV), and counting of biodiversity through sightings.

An estimated 100 million sharks die worldwide each year from fishing or accidental human-caused deaths. The ocean between Galapagos and Cocos is a popular location for industrial fishing fleets, including those that collect shark fins.

Dr. Alex Hearn, scientific leader of the expedition and board member of Turtle Island Restoration Network, explained: “The research of this expedition will provide more important scientific evidence on the migration between marine protected areas by marine species such as whale sharks, hammerhead sharks and other sharks, stingrays, whales and other marine mammals, and fish such as billfish and tuna.”

The expedition set sail on May 3 from Quepos (Costa Rica), passing through the island of Cocos and heading to the island of San Cristóbal, in the archipelago of the Galapagos (Ecuador), where it will arrive on May 12. From there, the journey will continue and return to Quepos, where it will end on May 23. The round trip will last 20 days and will cover 1,500 nautical miles (2,778 kilometers or 1,726 miles).