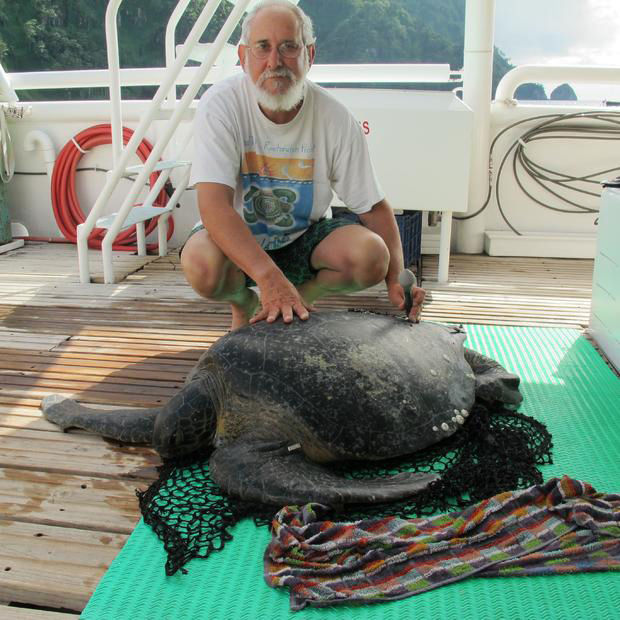 Todd Steiner, founder and executive director of Turtle Island Restoration Network, has been named Honoree of the Eleanor Fletcher Award at the Loggerhead Marinelife Center’s Go Blue Awards in Florida.

Named for the founder of Loggerhead Marinelife Center, the Eleanor Fletcher Award recognizes an individual who has exemplified a lifelong, extraordinary commitment to marine conservation through their work or volunteer activities.

Steiner has more than 30 years experience in environmental protection and education, devoting his life to activism and saving aquatic creatures. He founded Turtle Island Restoration Network and its three primary initiatives – the Sea Turtle Restoration Project, the Salmon Protection and Watershed Network, and the Got Mercury Campaign. TIRN’s oldest initiative, the Sea Turtle Restoration Project, began as Todd’s brainchild at Earth Island Institute in 1989. Previously, Steiner was director of the Tuna Dolphin project, which brought to public view for the first time the tuna industry’s impact on dolphins and other marine species.

You can read more about Todd and the history of TIRN here.