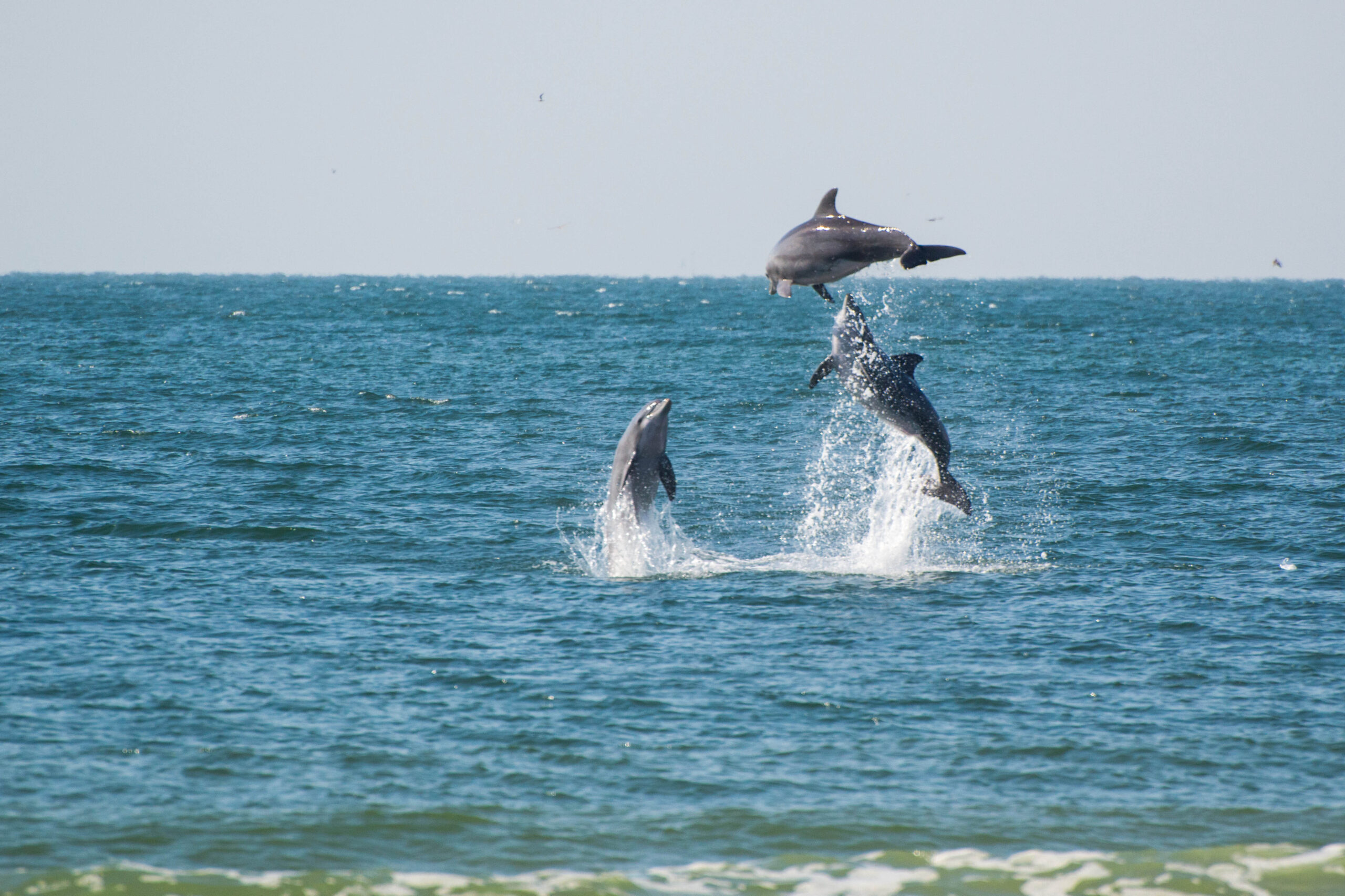 WASHINGTON — The National Marine Fisheries Service issued regulations today prohibiting seafood imports from nations whose fisheries kill more whales and dolphins than U.S. standards allow. Each year around 650,000 whales, dolphins and other marine mammals are unintentionally caught and killed in fishing gear worldwide. Under the new rule, foreign fishermen must meet the same marine mammal protection standards applied to U.S. fishermen or their fish will be banned from the lucrative American seafood market. The rule is the result of a settlement in a lawsuit brought by Turtle Island Restoration Network and conservation groups two years ago.

“The public demands and the U.S. can — and by law, must — wield its tremendous purchasing power to save dolphins and whales from foreign fishing nets,” said Todd Steiner, a biologist and executive director of Turtle Island Restoration Network. “We have the right to ensure that the seafood sold in the U.S. is caught in ways that minimize the death and injury of marine mammals.”

The new rules will be put in place gradually with full implementation by 2022. Exporting nations will now need to track and monitor fisheries and whale, dolphin and other marine mammal populations, modify fishing gear, and may even have to close fishing in some areas to limit entanglement risk.

“The new regulations will force countries to meet U.S. conservation standards if they want access to the U.S. market, saving thousands of whales and dolphins from dying on hooks and in fishing nets around the world,” said Sarah Uhlemann, international program director at the Center for Biological Diversity. “The U.S. government has finally recognized that all seafood consumed in the United States must be ‘dolphin-safe.’ ”

Since 1972 the U.S. Marine Mammal Protection Act has prohibited the United States from allowing seafood to enter the country unless it meets U.S. whale and dolphin standards. But for the past 40 years, the federal government has largely ignored the ban. In 2014 the Center for Biological Diversity, Natural Resources Defense Council and Turtle Island Restoration Network sued to enforce the import requirement, and today’s regulations were a result of that settlement.

Despite U.S. efforts to protect marine mammals in its own waters, fishing gear continues to pose the most significant threat to whale and dolphin conservation worldwide. Among the species that may benefit from today’s rule are the endangered right whale that migrates off the U.S. East Coast, the Gulf of California’s critically imperiled vaquita, dusky and other dolphins off South America, spinner dolphins in the Indian Ocean, and false killer whales off Hawaii.

“People may assume that the fish they grab in the store is whale- and dolphin-safe,” said Zak Smith, a senior attorney with the Natural Resources Defense Council’s Marine Mammal Protection Project. “That simply is not true. But with this rule we can export U.S. marine mammal protections to our trading partners and significantly limit the carnage cause by poorly regulated fisheries. Whales and dolphins have suffered long enough.”

Americans consume 5 billion pounds of seafood per year, including tuna, swordfish, shrimp and cod. About 90 percent of that seafood is imported and about half is wild-caught.

Turtle Island Restoration Network is an international marine conservation organization headquartered in California whose 200,000+ members and online activists work to protect sea turtles and marine biodiversity in the United States and around the world. Visit us at Seaturtles.org. Visit our online ‘Got Mercury’ at https://seaturtles.org/programs/mercury/ to find out how much mercury is in your seafood.

The Center for Biological Diversity is a national, nonprofit conservation organization with more than 1.1 million members and online activists dedicated to the protection of endangered species and wild places. www.biologicaldiversity.org

The Natural Resources Defense Council (NRDC) is an international nonprofit environmental organization with more than 2 million members and online activists. Since 1970, our lawyers, scientists, and other environmental specialists have worked to protect the world’s natural resources, public health, and the environment. NRDC has offices in New York City; Washington, D.C.; Los Angeles; San Francisco; Chicago; Bozeman, Montana; and Beijing. Visit us at www.nrdc.org and follow us on Twitter @NRDC