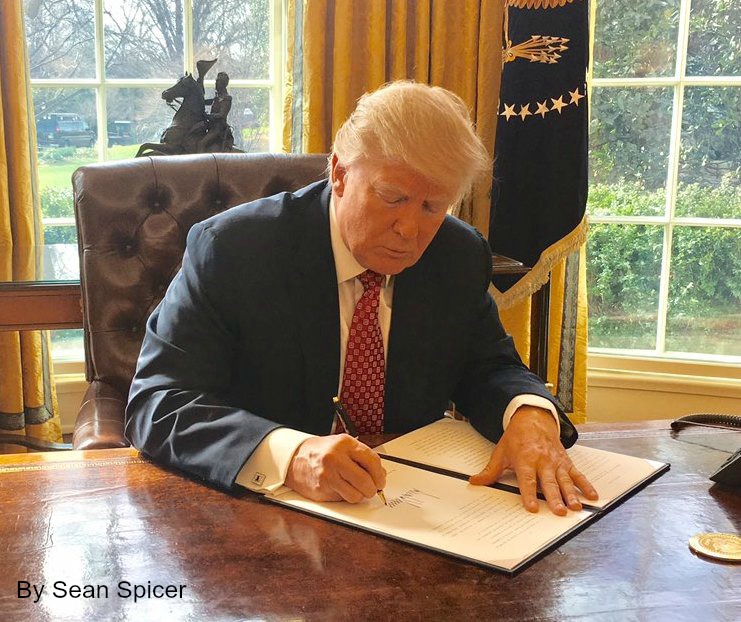 One of President Trump’s many recent actions to weaken environmental protections was his order to rescind Obama administration guidance on how to account for climate change when agencies are doing required reviews under the National Environmental Policy Act.

The National Environmental Policy Act (NEPA) is one of the hallmark environmental laws in the United States. The law requires federal agencies to evaluate the environmental impacts that their actions will have, and it has led to significant public participation in the agency decision making process.

The Obama administration guidance formally instructed agencies to consider “indirect” climate effects of major federal actions. Trump’s recision is in line with his other attempts to sweep climate change under the rug. Trump may have a hard time sweeping climate change under the rug in the context of NEPA because executive guidance can inform how the agencies evaluate their requirements under NEPA, but that guidance doesn’t change the law itself.

If an agency doesn’t do the proper analysis under NEPA, the agency is subject to litigation. Courts interpret what the law requires, and several courts have already ruled that NEPA’s requirement for agencies to assess indirect effects of a project extends to climate impacts.

This interpretation that NEPA’s requirement for agencies extends to climate impacts is not dependent on President Trump’s guidance. Environmentalists are already vowing to bring lawsuits against federal agencies if they do not include climate change in their reviews.

The environmental protections of NEPA cannot be swept away with the stroke of a presidential pen.