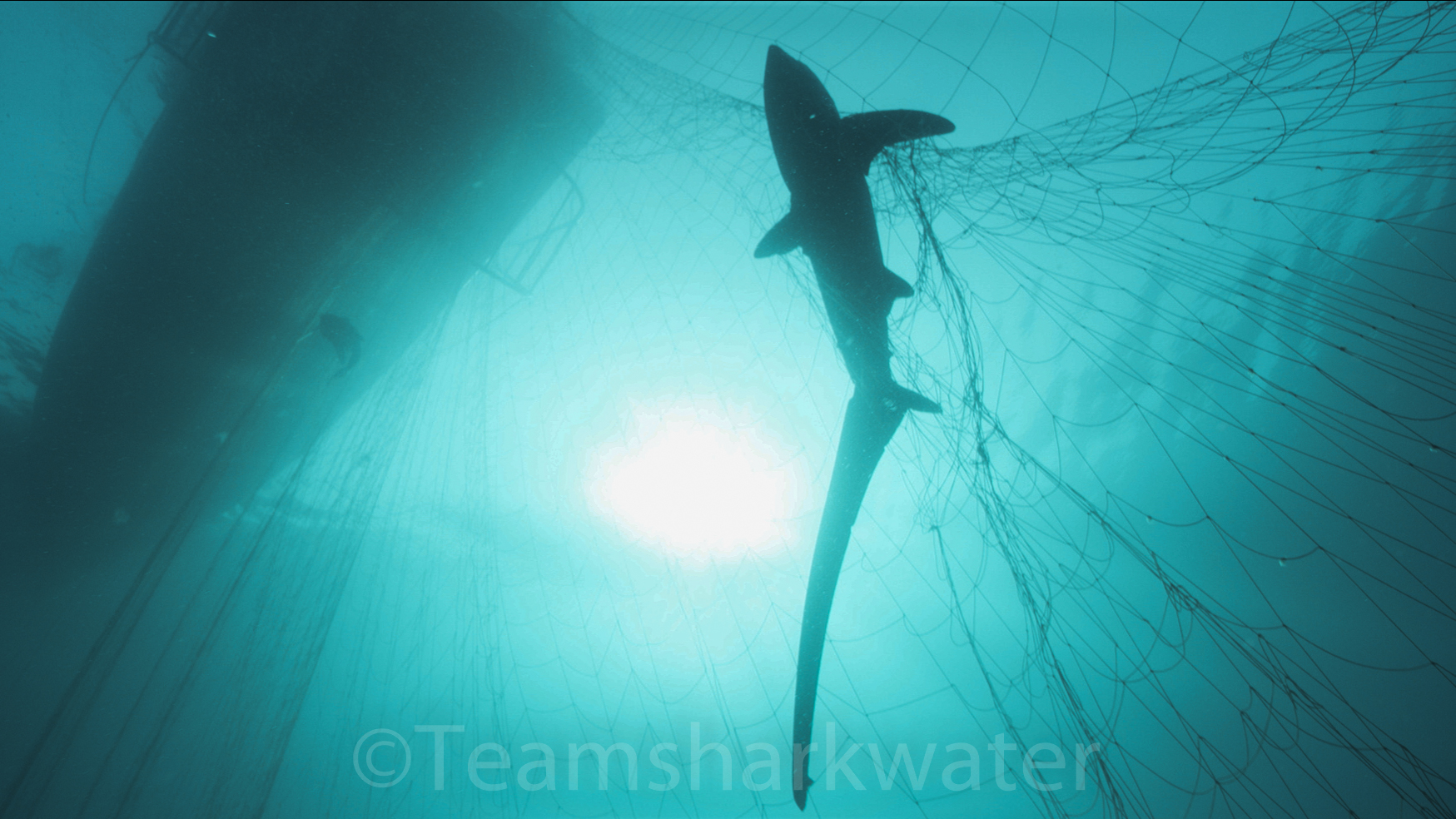 Los Angeles, CA––Breaking undercover investigations conducted by marine conservation and animal protection groups expose the sickening truth behind the California commercial driftnet fishing industry. Recorded off the coast of California by Mercy For Animals, Turtle Island Restoration Network, SeaLegacy, and Sharkwater, investigative footage reveals the cruelty of driftnets, a type of netting that indiscriminately traps sea animals, including protected species, such as dolphins, whales, and sea lions, who are then killed or thrown away as “bycatch.” The organizations documented the following:

The organizations are urging members of the United States Senate to support anticipated legislation to protect oceans and sea life by phasing out the use of driftnets on a national level. The coalition is also urging the California legislature to pass Senate Bill 1017, a newly introduced bill that would transition California away from the use of destructive large-scale driftnets.

For every one swordfish caught by the driftnet fishery, an estimated seven other marine animals are entangled and killed. Driftnet fishing has already been banned by the United Nations and countries around the world (most recently Russia). It has been phased out off the U.S. East Coast and is not permitted in Oregon or Washington states.

“The commercial fishing industry’s use of driftnets results in the suffocation and torture of billions of conscious, feeling sea animals each year,” says Matt Rice, president of Mercy For Animals. “It’s time to abolish the use of large-scale driftnets in all U.S. waters and end the cruelty they inflict on sea life.”

“Driftnets are deathnets,” says Cassie Burdyshaw, advocacy and policy director at Turtle Island Restoration Network. “Less harmful fishing methods have existed for years. We don’t have to kill endangered sea turtles and whales just to put swordfish on our plates.”

“These nets are a mile long and hang 100 feet deep, and they’re designed to kill everything in their path,” says Paul Nicklen, co-founder and expedition lead for SeaLegacy. “If a dolphin, whale, turtle, swordfish, thresher shark, or mako shark swims into that net, they’re going to die. It’s out of sight, out of mind. Ocean wildlife and endangered species are continually harmed or killed by this dangerous fishery and it’s time to end the slaughter.”

“This is an antiquated fishery, limping along, propped up by taxpayer dollars, and killing a plethora of species indiscriminately,” says Brock Cahill of team Sharkwater. “In California, we pride ourselves on being forward thinking. It is high time to ban California driftnets.”