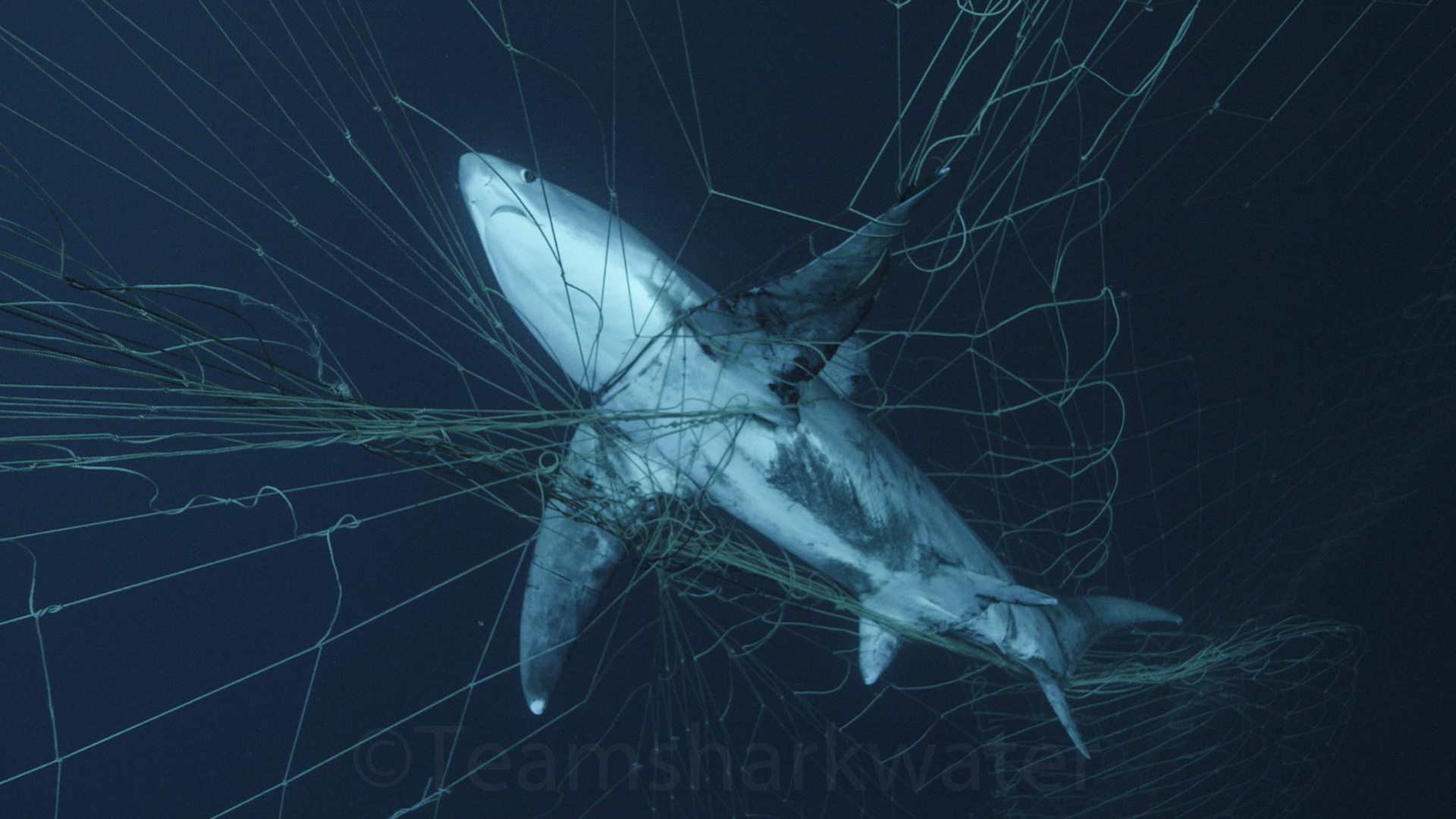 The bill notes that driftnet fishing “causes significant entanglement and mortality of living marine resources, including myriad protected species…” If passed, the bill would:

The investigations from the coalition expose fishermen pulling a dead dolphin from the driftnet and onto the deck, cutting the dolphin’s belly in an effort to get the marine mammal to fill with water and sink once tossed overboard. The video also shows live sharks having their fins sawed off.

The coalition, comprising Turtle Island Restoration Network, Mercy For Animals, SeaLegacy and Sharkwater, is calling on individuals, organizations and other legislators to support S. 2773 and put a permanent end to the driftnet fishery in the United States.

“Senator Feinstein’s Senate bill brings us one step closer to ending this destructive and wasteful fishery that indiscriminately kills sea life,” said Cassie Burdyshaw, advocacy and policy director. “Both the recent federal and California legislation provide a roadmap to ending the unnecessary and cruel deaths of sea turtles, whales, sharks, sea lions and other sea life in these death nets.”

“We’re very encouraged by Senator Dianne Feinstein’s proposed legislation,” says Paul Nicklen, co-founder and expedition lead for SeaLegacy. “This is the kind of leadership we need to see if necessary changes to the driftnet fishery in the waters off California are going to happen. Witnessing what happens in the waters off the coast of California has been one of the most devastating experiences of my entire career. This development gives us hope for a better future.”

“As a civilized society, it’s our moral obligation to protect all animals––including fish and other marine life––from needless cruelty,” said Lindsay Wolf, vice president of investigations for Mercy For Animals. “It’s now time for members of Congress to support S. 2773 to end this cruel fishery, which is responsible for the entanglement and slaughter of countless swordfish and other marine animals.”

“It is very uplifting to see the response and outcry from the public, and how this is spurring on action from our government officials,” says Brock Cahill, Cinematic Activist and Preservation Tactician from Team Sharkwater. “Now if we can equate this into lives of endangered marine species saved, we will have done our job!  It is encouraging to see the machine of social media working toward positive change, and the power of film fueling the fire!”

The driftnet fishery for swordfish is bound by U.S. law to report bycatch like dolphins, mako shark, sea turtles, sea lions, whales or any threatened, vulnerable or endangered species that is caught in the driftnet.  No evidence has been presented that the driftnet operations captured during the investigations reported the killing of the dolphins, sea lions or other protected species to federal authorities.

Driftnets used in federal waters off the coast of California can be up to a mile long and have the capacity to stretch from the first tower of the Golden Gate Bridge to the last tower. The nets can hang hundreds of feet deep. In the past decade alone, nearly 800 marine mammals have been killed by the few remaining driftnet boats off California, including endangered animals like the sperm whale. Driftnets kill more whales and dolphins than all other West Coast observed fisheries combined (including in Alaska). Based on observer estimates, driftnets killed 16 endangered whales within the past five years.

In 2014 and 2016, California legislators introduced bills to phase out the fishery due to a groundswell of action by environmental and ocean conservation groups. Late last year, the Trump administration proposed changes to California’s fisheries, but instead of improving the driftnet fishery, they sought to shield it and give it more freedom to harm marine life and deplete the ocean.