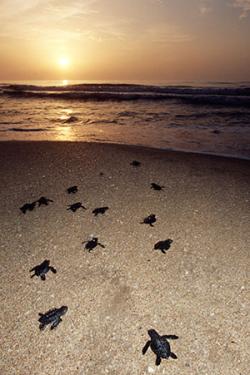 Income Tax Day brought some good news to Texans! The first three Kemp’s ridley nests were documented at the Padre Island National Seashore. Last year 195 nests were found on the Texas coast and we can now start to count! Patrols are out all along the coast including the upper Texas coast where Hurricane Ike slammed into the beaches removing sand and dunes. Although much sand has been replaced, it is a different landscape for sea turtles.

The nesting season will be a subject of discussion at numerous Earth Day Events beginning April 18. STRP will have volunteers at tables in four counties and an Astros Baseball team “Green Game.” Bookmarks and literature will be distributed at the Houston Zoo, The Woodlands Earth Day, Migration Celebration at the San Bernard National Wildlife Refuge, Moody Gardens in Galveston, North Harris County College and Minute Maid Park in Houston. It’s our biggest year for spreading the word about Kemp’s ridley sea turtles and all the sea turtles of the Gulf of Mexico.